“Just remember that death is not the end,” or so goes the Bob Dylan song. This has been the sentiment for video games as well. You can be mowed down by a horde of alien invaders, send your race car flying off the tracks in a mass of flaming metal, or even get your spine ripped out, and with the press of a button, it’s like nothing ever happened. However, if you know that your character can be reborn after even the nastiest and most gruesome of demises — if there’s no sense of danger or loss — what does that do to a video game’s potential for drama, storytelling, and emotional effect?

Wired‘s Andrew Groen recently profiled a number of game developers who are removing the safeties from their games. According to the developers of games like XCOM, ZombiU, and One Single Life, once you get dead, you ought to stay dead. This might prove frustrating for some players, but according to XCOM developer Jake Solomon, it can also increase a game’s emotional impact and storytelling possibilities.

“Permanent death brings real consequences to the games we play,” said Solomon in an e-mail. “It evokes dread and a real sense of loss in players, because it’s something that they don’t want and they can’t undo once it has happened.”

In XCOM the player controls a squad of powerful soldiers that they train up throughout the game. If a soldier dies in battle, he or she is gone forever. Even though XCOM involves a fantastical sci-fi alien invasion scenario, the fear of losing a valuable character is vastly more thrilling than any contemporary war game in which death has no repercussions.

Developer Dean Hall notes that it’s unlikely that “permadeath” will ever figure prominently in blockbuster games like the Halo and Gears of War series, simply because those games need to make as much money as possible to recoup their massive development costs. (For example, Halo 3 cost Microsoft around $60 million, and Halo 4 is reported to have cost them a lot more.) Studios have a strong interest in ensuring that as many people as possible buy those games, and they can’t risk alienating potential buyers who might be scared away by the prospect of losing the Master Chief forever.

Even so, I see this inclusion of permadeath, even among smaller and more “indie” games (for now) a welcome development. Anyone who has ever played Final Fantasy VII knows that much of that game’s emotional impact and legacy comes from the sudden, shocking death of Aerith Gainsborough. More recent games like the Mass Effect series have toyed with permadeath as well for side characters — remember Virmire? — in an attempt to draw gamers further into the story.

Obviously, such a tactic can be abused, and be used in cheap and manipulative ways. But when used well, I see it as an example of video games’ continuing evolution and maturation as a medium, and one that can raise questions about such thought-provoking topics as sacrifice, grief, and mortality. 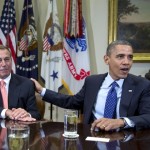 November 30, 2012 Selfishness and Selflessness in Videogames
Recent Comments
4 Comments | Leave a Comment
"Radford made a connection between Ender and Hitler.Another possible connection: Could Card have been referring ..."
Raymond Z ‘Ender’s Game,’ Genocide, and Moral Culpability
"Faith is the confidence that what we hope for will actually happen; it gives us ..."
Smiley M.M. Music Matters: David Bowie, Still Not ..."
""that many of us do not accept that a few cells of human DNA constitute ..."
myintx How I Changed My Mind About ..."
"No thought given to the unborn child whose life was 'silenced and oppressed'... sad."
myintx How I Changed My Mind About ..."
Browse Our Archives
get the latest from
Evangelical
Sign up for our newsletter
POPULAR AT PATHEOS Evangelical
1