Every Friday (and this Wednesday) in Civil Discussion, Ben Bartlett (Christ and Pop Culture writer who majored in Political Theory) and Richard Clark (Christ and Pop Culture editor-in-chief, and a political spectator who is friends with a guy who majored in Political Theory) discuss political events as they happen over email, hashing out the meaning and manipulations behind them. Also just being bros.

Ben: Rich, I realize your career is taking off… editing websites, writing fantastic articles, taking back-door endorsement money from cardigan makers. However, I’m pretty sure you aren’t quite up to the $250,000 per year salary yet. Also, full disclosure, I’m not either. So here’s my question: why are so many people who don’t make that much so invested in whether tax rates are raised for that group?

After all, there’s little to prove lowered taxes necessarily result in more economic activity. When you get down to it, it’s mostly guesses and events that show correlation without causality. And yet it is not unusual for low to middle class conservatives to go nuts when tax raises for the rich are discussed. How are we able to so passionately argue against a policy that cannot possibly affect us and isn’t a moral or social issue?

Richard: You know what the problem is with this whole conversation? I AM SO BOOOOOORRED. That’s me, our readers, and probably our representatives in the house and senate.

And I guess the only way to keep ourselves awake for the whole discussion is to convince ourselves of certain ideals. Less government, right? More money for small businesses and their owners, right? So, I dunno, if I had to guess, people hate the idea of raising taxes on the rich because it means less jobs or crippling small businesses, or increasing the size of government in some way?

I don’t know man, I don’t even know where to start. This is the sort of thing where I think we all just kinda want to step back and say the professionals will handle is. But is that something we can count on?

Ben: Gee, I’m sorry that you’re bored. Please tell me some more about your introspective, philosophical insights into Rat on a Skateboard.

Money matters. A lot. The simple fact is that we each tend to become convinced by certain basic economic principles (more money in the average person’s pocket is better, or more government programs are better, or the presence of immigrants tends to reduce available jobs, or federal mandates on staffing ratios tend to encourage employment, etc.). And once we’re convinced, it becomes very important for each of us to self-justify… that is, we are far more inclined to spend our time justifying positions we’ve already taken than we are to open-mindedly listen to all points every time a particular type of conversation comes up.

We place our trust in weird places. And we hate the notion that we could be incorrect in the choices we made previously.

I think this is what fascinates me about American politics in this moment- the culture of national conversation is one of incredible, unreasonable, totally unjustified self-confidence. The media, I think is more of a reflection or result of that culture than it is a driver.

So no, I’d say we’re not really capable of just sitting back and trusting the experts. That’d be like you asking me to help you set a personal budget, and then not complaining when I slash your video game budget in half and make you get a gym membership. Not going to happen.

Richard: STEP AWAY FROM THE BUDGET.

So what do we do, then? What’s the role of the average guy in the midst of this?

Ben: I would encourage the average person to stop speaking with so much confidence about the economic impact of various government policies. Sure, they play a role in where our economy goes. But it’s never so cut and dried as our 10 minute conversations make it. If economists across the country can’t say for sure what the “best” policy is, neither can you.

From a Christian standpoint, I guess I’d ask that average person to recognize that for most, decisions they make about how to help their neighbors and the poor in their own area will likely have far greater impact for the gospel in the long run (actually, probably in the short run as well) than will arguing about federal policy. Sure, it’s fun for you and I to debate as if we were decision makers for the country. But really we’re not.

However we are decision makers, or at least influential voices, within our own small circles. It’s very much the parable of the talents: honor the things God has given you and invest for the kingdom, rather than pining after what you don’t have or hiding those gifts as irrelevant. Our economic decisions and philosophies in that realm have real and lasting value.

Richard: Ben, you have no idea how relieved I am to hear you say that. Because as important as this fiscal cliff thing seems, I’m exhausted from thinking about it, and I feel a little bit powerless to do anything to change it.

A few weeks ago, we talked about how we hoped politicians would learn to compromise just a little bit for the good of the country. What do you think? How likely is that looking at this point?

Ben: You know, strangely enough I think we’ll get there. Every (backward) step in this process has resulted in widespread frustration, and I think politicians are getting increasingly leery of stonewalling on such a big issue. It’s a zero-sum game, really. Do you stick to your story (it’s the other guy’s fault) and accept the negative publicity while hoping his is even more negative, or do you stand up to your base in the name of compromise and hope for the best?

My guess is that both sides are nervous that the fiscal cold war may end up being worse for them than for the other side, so they’ll cave on previously unassailable positions to ensure the safety of their own rear ends.

Really, how can anyone not love politics? 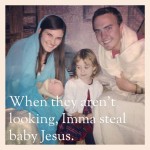 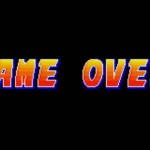 November 30, 2012 Video Games Embrace the Permanence of Death
Recent Comments
0 | Leave a Comment
Browse Our Archives
get the latest from
Evangelical
Sign up for our newsletter
POPULAR AT PATHEOS Evangelical
1