In The Moral Landscape, atheist Sam Harris writes that much research on deductive reasoning suggests that people have a “bias” for sound conclusions and will judge a valid argument to be invalid if its conclusion lacks credibility. Mike Huckabee’s speech to the Republican National Committee winter meeting last Thursday brought Harris’s words to mind. In what may have been a strategic effort to stoke speculation about his potential candidacy in the next presidential election, Huckabee took on the contraception mandate of the Affordable Care Act, invoking the war on women and envisioning creepy Uncle Sugar doling out free contraceptives to promiscuous women. Such a message plays well to the RNC, of course, since repealing Obamacare was central to Romney’s 2012 campaign. And the evangelical crowd, whose support a future Huckabee campaign would need, gets agitated by talk of promiscuity and enraged at the possibility of supporting it.

As a member of that evangelical crowd, however, I was saddened by Huckabee’s cheap political ploy, which to my mind mischaracterized the Democratic position and played to the fear of conservatives. According to Huckabee’s comments Thursday, in a transparent effort to beat the Democrats at the political game, liberals included the contraception mandate in the ACA to encourage a mentality of servile government dependence among women. Huckabee’s Democrats believe women cannot control their urges; thus it’s the Democrats who are the ones waging the war on women.

Conservatives love such narratives. Conclusions charitable to ourselves and harshly critical of the opposition are tempting to embrace regardless of how tortured, mean-spirited, or convoluted the path to get there—or how patently misleading the evidence presented. However noble Huckabee’s purpose, however right his analysis, his rhetorical strategy lacked judiciousness and employed provocative, polarizing, and partisan terms. In commitment to truth, we must diligently resist such a line of reasoning.

Huckabee’s Democrats, arguably and for the most part, simply are not actual Democrats. His explanation of the motivation behind contraception mandate bears only a distorted resemblance to President Obama’s ostensible motivation. The truth, according to Obama’s 2012 statement, is that the contraception mandate belongs under the umbrella of the preventive care measures at the heart of the health care reform. As recommended by the Institutes of Medicine, preventive care for women should include contraception coverage to allow them to “better avoid unwanted pregnancies and space their pregnancies to promote optimal birth outcomes.” Obama reminds us that birth control pills have uses beyond the contraceptive, as doctors prescribe them to lower cancer risk, to relieve endometriosis, and to combat painful periods and PMS.

While it’s tempting to excuse a politician (or preacher, as Huckabee has been), especially a likeable one, for a less-than-honest argument whose conclusion we approve, we must resist this very human bias and hold fast to the truth. Accuracy is not merely an option; it’s essential. In his hyperbolic distortion of the truth, Huckabee implicated himself in constructing a straw man argument. Although it was, admittedly, only a small portion of his speech on Thursday, it was unworthy of him and his strong Christian faith and profession, and it’s unbecoming of Christian supporters of Huckabee to defend, endorse, or excuse this distortion.

I say this, for the record, as a genuine admirer of the man. Mike Huckabee won my heart during the 2008 Republican primary. To date his is the only political campaign to which I have contributed. I confess I was and remain enamored of his charm and forthrightness, his concern for the unborn, and his bipartisan governing record in Arkansas. He seems a man of deep values and great integrity, a rarity in the political realm. As Huckabee has moved more prominently into the public square over the last six years, most notably with his connection to the Fox News Channel, he’s retained his charm and, I think, his genuine concern for people. But the political arena’s a nasty place; the stakes are high, and few fight fair. It corrupts the worse but can even taint the best, and Huckabee’s Thursday speech to the RNC suggests he’s becoming a bit infected by the acidic atmosphere.

Again, this contraception mandate faces legitimate challenges, but addressing those challenges requires starting with the truth. It is important to take on the strongest opposing views. Knocking down the weakest, or most caricatured, accomplishes little. If we’re not afraid of losing, if we think the truth is on our side, why not? Additionally, no less than the truth will keep the focus where it should be: the law’s economic impact, the question of whether the federal government is overreaching, and the germane issues of religious liberty. Untruths and half-truths will further ensnare us in the already thorny path that lies ahead. In a contentious public square, Christians are called to be countercultural, modeling a wholly different approach from the narrowly and manipulatively partisan.

Straw man arguments are easy to knock down, so they’re tempting, and they make great effigies for political rallies, but they are ineffective at seasoning our talk with grace or advancing the public discussion. They are temptations that should be resisted. Rather than leading us to the truth, they lead us further from it and distract from what’s central. And in the process, they serve as an excuse, for those who wish to exploit it, to ignore the legitimate points expressed circumspectly and sensitively—of which there were many in Huckabee’s speech.

As Christian citizens, we should be upholding the truth. Regardless of our preference for the punch line or conclusion of a political argument, our first commitment is to truth. 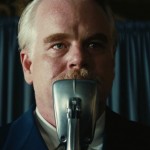 February 3, 2014
What I Learned From Philip Seymour Hoffman
Next Post

February 3, 2014 It’s #ManCrushMonday: Can We Redeem Even the Shallowest of Hashtags?
Recent Comments
0 | Leave a Comment
Browse Our Archives
Related posts from Christ and Pop Culture