What I Learned From Philip Seymour Hoffman

What I Learned From Philip Seymour Hoffman February 3, 2014 Guest Contributor

The great actor Philip Seymour Hoffman was found dead yesterday of a heroin overdose in his apartment in Manhattan, and I swore aloud when I saw the news, unconsciously: he was 46 and probably the greatest actor of his generation, but I’ve also always felt like I learned from him, in some odd way. Lots of things. Here’s just a couple.

One reason is that if you go to theater in New York, you get (got) to see him work there, too. Seeing Hoffman onstage was a revelation – for me, the first time was in the stage production of Jack Goes Boating, in which everyone else (great actors all) might as well have been in a high school play compared to this broken, muddled, overgrown teenager huddled into the corner of a couch with his anxiety and his reggae fixation.

The partnership between him and Stephen Adly Guigis was a perfect pairing of two men I’d call the finest contemporary “religious” theater artists, in the way I think of David Foster Wallace as a religious novelist. (I could write volumes on that.) Guigis wrote Jesus Hopped the A Train and The Last Days of Judas Iscariot and The Little Flower of East Orange, all of which were developed with LAByrinth Theater Company, where Hoffmann was a member and held various roles.

I’ve seen those, but what I remember most is seeing a charity re-mounting of Jesus Hopped the A Train years back. We could only afford seats near the back- the place was packed – but that was okay, because it turned out our seats were right near the booth, where Hoffman was sitting as director. He’d seen this production countless times over the years, worked it over and over again with actors, but we listened to him chuckle and respond audibly throughout the play anyhow. It was delightful, but it was also inspiring: a reminder that feeling and experiencing art was an active choice,  one worth having, especially when the work is that good. I’ve thought of that many times over the years as I struggle to keep feeling and delighting in work over and over again – myself, and others’, too.

I could go on forever, but the last thing I’ll say is that in Hoffman’s performances (from Along Came Polly to Capote to Synecdoche to Mission Impossible to the entire PT Anderson oeuvre and everything besides), I always had the keen sense that this was not “just acting” to him. He was, emphatically, not a movie star. Acting was less job, more vocation or calling, almost a cross to bear, as wild as that may sound. He said as much in interviews – talked about how painful the work was to him, how it hurt to inhabit another person that way.

There’s something there that makes me wonder if he hadn’t got it right, something incarnational, which seems not entirely off-base given his religious sense. The pain, perhaps, ended up being too much to bear.

But the sacrifice for those who make things is to think of the other, to put themselves in someone else’s shoes over again – whether it’s your character or your audience. That is not comfortable. It is difficult to deal with. It can drive you toward things you know aren’t good for you, and can make you do things that wind up hurting others, too. But it is certainly a hallmark of bad art that the artist/writer appears to have thought only of himself.

This piece was originally published at Alissa Wilkinson’s personal blog.

Alissa Wilkinson is Assistant Professor of English and Humanities at The King’s College, chief film critic at Christianity Today, and editor of QIdeas.org. She tweets at @alissamarie. 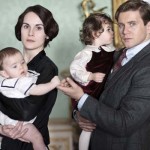 February 3, 2014 Mike Huckabee, Helpless Women, and Straw Men
Recent Comments
0 | Leave a Comment
Browse Our Archives
get the latest from
Evangelical
Sign up for our newsletter
POPULAR AT PATHEOS Evangelical
1