Brain Death and Dialogue: What Two News Stories Can Teach Us about Responding with Grace

Brain Death and Dialogue: What Two News Stories Can Teach Us about Responding with Grace January 17, 2014 Guest Contributor

If—like me—you have, you might have expected to eventually gain quite a bit of expertise on the subject. Instead, what you likely found was that source overload can lead to a much different place: to the realization that even “facts,” kernels of “truth” that should be dependably consistent in a case, are frequently confused, sometimes entirely contradictory, certainly fodder for spin, and always dependent on who’s talking. When dealing with issues of theological relevance, this can be especially troubling. It can also make it particularly difficult to know how to weigh in with grace.

I found myself in this position recently as I was drawn into two medical cases: that of Jahi McMath—the teenager proclaimed brain-dead following a “routine” tonsillectomy—and that of Marlise Munoz—a pregnant woman also proclaimed brain-dead after suffering what was likely a pulmonary embolism. Both Jahi and Marlise remain on life support. However, in Jahi’s case, while doctors pushed to remove her from the ventilator, Jahi’s family insists she is still alive and have fought for continued nourishment and support. In Marlise’s case, Texas law requires life support be maintained for a pregnant parent, despite her family’s insistence that Marlise would want to be let go.

Amidst the ethical grey areas and our near-instantaneous desire to respond to these cases with impassioned opinion, here are some facts we might expect—in this age of great knowledge and information access—to have clearly laid out before us:

And yet, what we find is some sources—mainstream, major news agencies at that—stating Jahi’s condition is final and irreversible, akin to death of any kind; others suggesting that, through appropriate treatment, this condition may not be permanent. Some articles say Jahi is “improving”; others that she is in “bad shape.” In Marlise’s case, similar confusion occurs: some reports proclaim Munoz definitively brain-dead; others cite a hospital spokeswoman refusing to neither confirm nor deny the diagnosis. Even more disorienting is frequent comparisons between Munoz and Terry Schiavo, despite the fact that brain death and “persistent vegetative state” (Schiavo’s diagnosis) are distinctly different medical conditions.

But this is not an article about how we should question the news (which we should). Rather, it’s about how Christians might better respond when what the news reports is confusing to weed through—especially in cases where controversial, emotionally challenging issues with theological implications are at hand. One need only look briefly at the often thoughtless, flippant, or outright cruel online comment threads to see why purposeful Christian responses and a willingness to speak life and shine light into these circumstances is essential. Here are some thoughts for those who feel led to respond, whether in public or private forums:

The families of Jahi McMath and Marlise Munoz are undoubtedly undergoing some of the most trying circumstances they are likely ever to face. Circumstances like these are what Jesus came for. Circumstances like these are where Christians can stand out as exceptional lights or prove stereotypes we’d normally rather sweep under the rug. Let’s find ways to bring His message—a message of unchanging, eternal truth; a truth that won’t shift based on the next interview, the newest print run, or the latest breakthrough—to the fore. Our world needs it. People’s hearts need it. 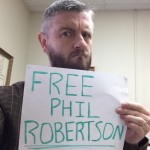 January 17, 2014
Ask Uncle Brad: "My Dad is a Culture Warrior" (Plus: Daniel Diet, Correcting the Internet)
Next Post 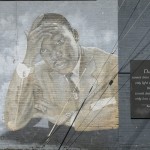 January 20, 2014 My Son's Martin Luther King Day Question: “Daddy, Can We Teach the Bad Guys Goodness?”
Recent Comments
0 | Leave a Comment
Browse Our Archives
get the latest from
Evangelical
Sign up for our newsletter
POPULAR AT PATHEOS Evangelical
1