For me, the creep-o-meter is off the charts. And I’m not alone, as outrage is building across the Internet. Interestingly enough, pushback isn’t only coming from pro-life supporters; pro-choice supporters have also voiced their disapproval.

I found Brooks’s sultry and seductive act utterly distasteful, especially in this context. Both the message and the execution failed to consider the serious choice women face upon discovering an unplanned pregnancy — oftentimes after being subjected to the sort of persuasion displayed in this ad.

I realize Brooks is playing a part as a hired actor (a part he played so well that I felt emotionally slimed). This result doesn’t seem to align with CRR’s vision from its Web site:

If CRR truly seeks “full dignity” for women, this message becomes even more bizarre, likely a creative — and damaging — misstep. Humor is tricky for an issue as sensitive as this. The humor was lost on me, as dignity toward women was the last thing I felt as Brooks delivered his anniversary wishes. Until CRR explains its intent, we are left to wonder and try to forget this very public anniversary fail.

Mixed Signals is where Erin Straza muses about marketing miscellany in advertising, branding, and messaging. 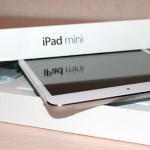 January 24, 2013 The Coke's On Us
Recent Comments
4 Comments | Leave a Comment
Browse Our Archives
get the latest from
Evangelical
Sign up for our newsletter
POPULAR AT PATHEOS Evangelical
1