Yesterday, Passion Founder and evangelical pastor Louie Giglio was selected by President Obama to perform the inaugural benediction. No surprise there, really. Last time around Obama selected orthodox Evangelical pastor Rick Warren to do the benediction. It seems to be a nice bridge Obama is trying to build with orthodox (dare I say, “conservative”) churches by these selections. Last time, it went off without a hitch aside from a few fringe folks on either side that see interaction with an ideological opponent as sacrilege (i.e. fundamentalism). But this year, with Giglio, the attacks came hard and heavy. Gay-rights activists, who seem to be always on the defensive, dug up a twenty-something year old sermon where Giglio echoed orthodox Christian doctrine, and then proceeded to kick the Pastor around like an empty pop can.

The New York Times even printed the term “anti-gay bigot” in relation to Giglio. Now, to be fair, they were quoting AMERICAblog, a GLBT rights blog, but it was still loudly understood that NYT wasn’t too far from that sentiment. And in this short little PR firestorm of gay rights media outlets, The Huffington Post and other reputable news outlets also trashed Giglio to the point where today Giglio announced that he would not accept the President’s offer to perform the benediction.

Giglio was not evaluated seriously, even by news organizations that I would expect some fair treatment from. Giglio was insulted and his position was assumed. Yes, Giglio confirms catholic teaching on the morality of homosexuality, but he is also one of the most ecumenical and compassionate faces within evangelicalism. Giglio may see homosexuality as a sin in his worldview, but I can guarantee you that he would never discriminate or show partiality as a ‘bigot’ would. This is because the foundation of Giglio’s teachings does not rest on homosexuality, but on the grace and forgiveness of Jesus Christ, who died for sinners of every variety. Because Giglio trusts in Jesus in the truest sense, evident in Giglio’s works, sermons, and humanitarian effort, he is willing to cooperate with those whom he disagrees with.

The homosexual community should have nothing to fear from a man like Louie Giglio. It reminds me of my latest read, The Brothers Karamazov. The youngest brother, Aloysha Karamazov, is a man seeking salvation in the words of scripture and the teachings of the church. The sincere, realistic faith of Aloysha leads him to deep conviction and rejection of the sin around him. But all along, with even the worst of scoundrels that he meets, he looks upon them lovingly, not as a bigot. In this situation, Giglio was no bigot. He seems to be much like Alyosha Karamazov in this whole ordeal, seeking earnestly for dialogue and deeply loving those who are not of his faith.

That Giglio stepped down says even more of his character. I sincerely believe that Giglio did not step down because of the pressure to conform because it would hurt his image or from outside pressure, but because he did not want to hurt his later chances for loving the homosexual community.

I commend Pastor Giglio – not specifically for his theologically orthodox position on homosexuality (which can and often is defended with little more than pride and a bible), but for his love and gentleness which is so in line with the character of God. And as for the homosexual community’s response to Giglio’s selection to perform the benedictions, I regret the lack of compassion shown to an ideological opponent.

I love my gay friends and I would bet you that Giglio loves his gay friends too, but that doesn’t mean that we deny the teaching of scripture; whether that be ungracious judgment against homosexuality or uneducated approval of a lifestyle that wont fulfill the longings of the soul. While I have been critical  of Giglio in the past, I must say that in the face of such opposition, he is an example of godliness in a tough situation.

January 10, 2013
How The Modesty Wars Ruin Fashion
Next Post 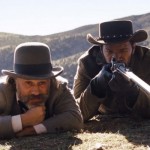 January 10, 2013 The Moviegoer: Is Irresistance Futile? Of Silver Linings and Unchaining Django
Recent Comments
21 Comments | Leave a Comment
Browse Our Archives
get the latest from
Evangelical
Sign up for our newsletter
POPULAR AT PATHEOS Evangelical
1

Your Child Won't Be a Pro...
Ponder Anew
Related posts from Christ and Pop Culture