3D Printers Create a New World of Possibility and Controversy

One of the biggest technological advances in recent history that you may not have heard much about are 3D printers. Just as the name implies, these devices allow you to print actual, physical objects—like a bicycle—using nothing more than tiny layers of plastic and polymer. And though they may have once been the domain of labs and factories, they’re getting cheaper and smaller all the time. For less than $2000, you can get a device that fits in your garage or basement workshop, and you can start churning out, well, what exactly?

This is where these devices become truly fascinating. 3D printers can print, well, almost anything, from toys and musical instruments to guns and eagle beaks. And though current models use plastic and similar material as their “ink,” newer “bioprinters” are being developed that can use cells to print organic material, like human tissue and even meat.

As they become easier to acquire and use, one of the obvious benefits of 3D printers is their ability to distribute the tools of production and manufacturing to the masses—to level the playing field, so to speak. And therein lies a great potential for technical innovation and invention. But 3D printers are not without their problems. For starters, there’s a great potential for copyright violation. Up until now, the concept of copyright violation has usually been used in the context of music, movies, books, etc. But now, we stand poised to enter a whole new dimension (npi) of potential copyright issues. The Economist explains:

As far as intellectual property is concerned, the 3D printer itself is not the problem. But before it can start making anything, it needs a CAD (computer-aided design) file of the object to be produced, along with specialised software to tell the printer how to lay down the successive layers of material. The object can be designed on a computer using CAD software, or files of standard objects can be downloaded from open-source archives such as Thingiverse and Fab@Home. Most likely, though, the object to be produced is copied from an existing one, using a scanner that records the three-dimensional measurements from various angles and turns the data into a CAD file.

This is where claims of infringement start—especially if the item being scanned by the machine’s laser beam is a proprietary design belonging to someone else. And unless the object is in the public domain, copyright law could well apply. This has caught out a number of unwitting users of 3D printers who have blithely made reproductions of popular merchandise.

Earlier this year, for instance, one hobbyist worked out how to print the popular “Penrose Triangle”, an optical illusion that cannot exist in normal three-dimensional Euclidean space, and released a video challenging others to say how it was done. Another 3D modeler not only figured it out but uploaded the CAD file of his own solution to Thingiverse. Whereupon the initial designer threatened Thingiverse with legal action under the Digital Millennium Copyright Act (DMCA) of 1998.

3D printers, in and of themselves, may be perfectly legal, but what they’re used to produce can create legal, regulatory, and even ethical concerns. For example, recent gun control legislation has taken aim (again, npi) at high capacity ammo magazines. But that legislation may soon prove to be moot given that you can print your own. And it’s not just ammo magazines that are now printable; DEFCAD hosts templates for everything ranging from ammunition to silencers to rifle grips. As printing technology improves, it’s only a matter of time before someone can print their own arsenal, or print an arsenal for someone else.

Legislation banning printed magazines has been discussed, but it doesn’t require too much of a stretch of the imagination to see the logistical problems that such legislation will face, given the technology’s widely distributed nature. (Interestingly, 3D printed weapons may not concern only the government; some have suggested the ease with which guns—and in the future, drugs—can be printed might prove problematic for criminal organizations who thrive on the illicit sale of such items.)

Once again, 3D printers are yet one more example of how quickly the rate of technological development can outpace traditional social conventions, i.e., our laws and regulations, be it copyright policy or gun control legislation. The fact is that this technology is out there, and it isn’t going to go away. It’s only going to get better and better. And it’s going to become increasingly harder to regulate without infringing on legitimate use. Make no mistake, 3D printers have a vast number of completely legitimate and non-controversial uses, and more will be uncovered as these devices continue to move outside the “geek” realm. Which does nothing to diminish the vast potential for confusion, controversy, and conflict that they represent. 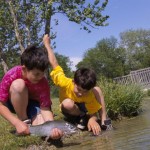 February 1, 2013 When God Is a Woman
Recent Comments
1 Comment | Leave a Comment
"Radford made a connection between Ender and Hitler.Another possible connection: Could Card have been referring ..."
Raymond Z ‘Ender’s Game,’ Genocide, and Moral Culpability
"Faith is the confidence that what we hope for will actually happen; it gives us ..."
Smiley M.M. Music Matters: David Bowie, Still Not ..."
""that many of us do not accept that a few cells of human DNA constitute ..."
myintx How I Changed My Mind About ..."
"No thought given to the unborn child whose life was 'silenced and oppressed'... sad."
myintx How I Changed My Mind About ..."
Browse Our Archives
get the latest from
Evangelical
Sign up for our newsletter
POPULAR AT PATHEOS Evangelical
1

The Fundamentalist War on Wokeness is...
Euangelion
Related posts from Christ and Pop Culture