According to Andrew O’Hehir, Football Is in a Well-Deserved ‘Death Spiral’

According to Andrew O’Hehir, Football Is in a Well-Deserved ‘Death Spiral’ February 4, 2013 Jason Morehead

As I write this, countless Americans are preparing to get together with friends and family to watch the Baltimore Ravens and San Francisco 49ers square off against each other in Super Bowl XLVII. The Super Bowl is arguably America’s biggest sporting event, but it’s also the biggest marketing day of the year, as advertisers reveal multi-million dollar commercials during the game’s primetime hours. Hollywood gets in on the action too and uses the game to air teasers and trailers for the year’s biggest movies.

And according to Salon‘s Andrew O’Hehir, it’s all part of a system that is slowly dying a well-deserved death.

In “Football’s death spiral,” O’Hehir sees the criminal activities of football coaches and players (e.g., Jerry Sandusky, Jovan Belcher) and the troubling trend of football-induced brain injury (e.g., Junior Seau), as well as the NCAA and NFL’s related legal troubles, as evidence that football’s days are numbered. There’s simply too much negativity, controversy, and damage surrounding the sport for it to remain as it currently is.

O’Hehir isn’t suggesting that football will disappear anytime soon; it’s far too entrenched for that. He writes:

I’ve spent enough time in Middle American small towns to understand the “Friday Night Lights” ritual significance of football in many communities. No one expects the profound cultural power of the game to evaporate overnight. Still, my personal, emotional reaction is that anyone who still lets their kid play football in the face of all this evidence is nuts. There are many reasons why we can’t and shouldn’t ban football altogether, but as [Bernard] Pollard suggests, it’s likely to collapse on its own, and a whole lot more rapidly than anyone thinks. (As Lawrence Downes of the New York Times recently pointed out, boxing and horse racing were once dominant sports in American life too.)

It’s admittedly difficult to imagine that possibility now. For at least 20 years, football has had unquestioned supremacy among America’s major spectator sports. If the process wasn’t quite complete by the time baseball committed near-suicide with the 1994 players’ strike and the ensuing “steroid era,” that pretty much settled matters. Beyond the obvious fact that football is more fun to watch from the sofa from the stadium, and brings people together on weekends when it’s too cold to spend time outdoors, various aspects of the game seemed to capture the ethos of 1990s and 2000s America on a symbolic level. At least at the pro level, football focuses on freakish excesses of size and speed (augmented by who knows what exotic chemical regimens), head-on collisions that rival a demolition derby, and overheated masculine melodrama surrounded by endless nattering. It’s like all the vulgarity, violence and excitement of American life served up in a colorful three-hour package on Sunday afternoon. With beer! No wonder people enjoy it so much.

However, as people become increasingly aware of its problems, football’s cultural dominance will wane. To help make his point, he draws a parallel with the Catholic Church, which has also suffered in recent years from sex abuse scandals.

Just as the Church in America will never be the same after the sexual abuse scandals, America’s dominant sport will never reclaim the air of cartoonish, ‘roided-up unreality it had a few years ago, when no one in sports journalism knew how to spell “encephalopathy.” All the loudness and emptiness of the Super Bowl spectacle can’t conceal the aura of doubt around the future of the game, or the collective shock of our discovery that the endpoint of this gladiatorial combat is actual death. Football is a central ingredient in the American narrative of masculinity, and it’s also the zillion-dollar linchpin of network television. But in case you haven’t heard the news, both those institutions are in crisis. Is it hard to imagine America without football? Yeah, but it’s time to start. It’s a killing game, and we have to let it die.

Is O’Hehir correct? Does football need to die? Or, if in order to survive, it changes to address the various controversies it currently faces, will football still resemble the game that so many currently know and love? 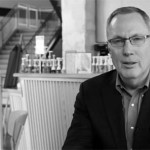 February 4, 2013 Immigration Reform and the Christian Welcome Wagon
Recent Comments
2 Comments | Leave a Comment
Browse Our Archives
get the latest from
Evangelical
Sign up for our newsletter
POPULAR AT PATHEOS Evangelical
1

What Do the People Love?
Cranach
Related posts from Christ and Pop Culture