Writing for Forbes, Dan Bigman described his frustration over not having the flowers he ordered delivered on time last Thursday:

If you’re like me and you didn’t get the flowers you ordered for your wife on Valentines Day, and then you felt like a complete idiot for wasting a hunk of your day or so on the phone with no result, that’s because you are an idiot. If you want customer service these days, use Twitter. Period.

Bigman encourages readers to switch from now-obsolete calls to help desks and troubleshooters based on a Consumerist article published by Chris Morran the day after Valentine’s day, when belated flowers were still making their droopy way to disappointed sweethearts. Morran’s article convinced Bigman that “the best way to get the company’s attention was to make a stink about it in public.”

I don’t believe this “best way” to get attention is exactly new or unprecedented. Think back to yesteryear when you returned items to a store’s customer service desk rather than, say, mailing back an unwanted or damaged item from Amazon. When people lose their temper at the customer service desk, the employees dealing with those disgruntled shoppers have a twofold task: to calm down the upset shopper, but also—and perhaps more importantly—save face on behalf of the company in front of the rest of shoppers behind them in line. Failure to transform a shopper’s negative experience into a slightly more positive one could cause the company to lose more than just one customer.

It seems we’re seeing the same principle taking place on a much larger scale through social media services like Twitter. Tweets go a step beyond the waiting line since tweets stay in the internet stratosphere far after the frustration from having to wait in line at a store might have evaporated. Applebee’s PR fiasco over a St. Louis pastor’s snide remark on her receipt late last month is a clear indication that reproduced outrage via Twitter can have severe consequences. Applebee’s was arguably in the right for their response, but the backlash against the company still demonstrates the raised stakes now when controversy plays out over public venues like Twitter.

As the number of complaints and negative responses via Twitter to wrong (or at least controversial) actions companies continues to increase, it’s good to ask how this shift is changing the nature of customer service, as well as the relationship between companies and customers. To return to florists’ failure to deliver on Valentine’s day last week, is the central goal of customer service still the resolution of problems negatively affecting customers? Or is customer service chiefly becoming a vehicle for PR departments to perform damage control in the public sphere? And which is more important: resolving the one customer’s disappointment and frustration, or saving face and not losing the Twittersphere’s array of customers?

Furthermore, why do customers feel they should no longer first try to resolve conflict “one-on-one” with the company before resorting to “public shaming” via social media? Jumping straight to shameful public exposure certainly applies pressure on companies to quickly resolve the problem, but whether this is the best and most ethical way to go about conflict resolution is certainly something that consumers must carefully consider. 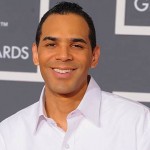