What’s Wrong with Pursuing Gifted Education for Our Kids?

While having dinner with a family who lives in Manhattan, the parents told me about their daughter’s saga of testing for kindergarten admission into New York’s notoriously selective Hunter Elementary School. The parents are two of the brightest people I know, and their 4-year-old daughter is fluent in at least three languages so far (Mandarin, French, and English). Her test results placed her in the impressive 98th percentile. And yet, she hadn’t made it past the first round; only kids who scored in the high 99th percentile and above advanced.

My friends took it in good stride, shrugging off the results. “I look on the bright side,” said Jennifer. “At least she scored in the 98th percentile! I just wasn’t willing to do all the test prep that everyone else does.”

Test preparation has become the norm for many Manhattan families wishing to give their children that extra boost needed to gain admission into these very competitive public school programs. The New York Times recently reported that, despite education administrators’ efforts to downplay the impact of test preparation, an impact clearly seems to exist. The well-prepared child is one whose parents have the resources to afford the many tutoring services that have emerged to meet the demand of today’s anxious parents.

Thinking about the situation of my well-educated and intelligent friends and their precocious daughter, I have to wonder what hope there is for kids from families that are not as well-resourced. Pundits and politicians have both dissected the increasing “opportunity gap” that exists between the upper and lower classes, with conservatives and liberals both pointing fingers at one another’s flawed plans to bring more parity to our society. Unfortunately, policies can only go so far. What we’re seeing in our culture is not just an opportunity gap, but a moral and spiritual one as well.

Part of what Christian families can bring to the conversation is an awareness of this disparity and a willingness to stand against cultural norms to carve out a new pathway for themselves and their kids. I’ve been heartened to read more stories lately of Christian parents who are taking an approach to educating their children that is clearly not based upon an individualistic desire to see their own kids succeed, but instead, seeks to lift the quality of education for all of the children in their community.

Christianity Today’s April 2012 cover story, “The New School Choice Agenda,” featured a group of young adult couples who chose to live together in a low-income community in Richmond, Virginia. As these couples began to have children, they faced a choice of what to do for their kids, education-wise. The local public school, with 88 percent of its students receiving free or reduced-price lunches, was not the typical educational choice that well-educated Christian parents make for their kids. But as father Corey Widmer asked in the article, “What would it communicate to our neighbors if we said, ‘We’re moving into your neighborhood, but we don’t consider your schools and public institutions good enough for our families’?”

Unfortunately, stories like this are not yet the norm. Too often even Christian families take an individualistic approach to our educational choices. We concern ourselves with just our own children because the culture has surrounded us with the message that being good parents means we’re doing the best we can to give our children every advantage. The government may desire that no child is “left behind” but the modern American family typically cares that just their own are not.

But Jesus did not instruct us to “love God, then love your family, then your neighbor.” It’s good to remind ourselves that walking the narrow path means we make choices that go against the cultural flow, even if it may not seem like the wisest way in the world’s eyes.

How does this sound for a radical approach to social justice and equality: Christians embracing opportunities not just to mold their kids into star performers, but to use the resources at their disposal to help ensure that no children in their neighborhoods and communities are left behind. Sounds like an approach that both George W. Bush and Jesus could support. 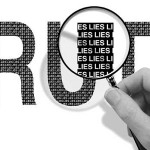 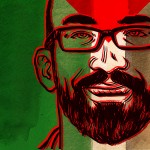 February 27, 2013 I Am Not Abraham's Mistake
Recent Comments
0 | Leave a Comment
"Radford made a connection between Ender and Hitler.Another possible connection: Could Card have been referring ..."
Raymond Z ‘Ender’s Game,’ Genocide, and Moral Culpability
"Faith is the confidence that what we hope for will actually happen; it gives us ..."
Smiley M.M. Music Matters: David Bowie, Still Not ..."
""that many of us do not accept that a few cells of human DNA constitute ..."
myintx How I Changed My Mind About ..."
"No thought given to the unborn child whose life was 'silenced and oppressed'... sad."
myintx How I Changed My Mind About ..."
Browse Our Archives
get the latest from
Evangelical
Sign up for our newsletter
POPULAR AT PATHEOS Evangelical
1