Welcome to the Grid: How Living on the Internet Changes Everything

What if we don’t live in a world of divided realms but rather, a world where the digital and the physical exist together as an “augmented” reality?

“The Grid. A digital frontier. I tried to picture clusters of information as they moved through the computer. What did they look like? Ships? motorcycles? Were the circuits like freeways? I kept dreaming of a world I thought I’d never see. And then, one day… I got in.” — Kevin Flynn, Tron: Legacy

Ever since the computer’s invention, science fiction has played with the idea of a device that can “project” a reality that is different than our own, a reality of bits and bytes. For example, movies like The Matrix, Ghost in the Shell, and Tron: Legacy have envisioned another “machine” world that exists beyond our physical realm.

But where did this idea come from, and is it accurate?

The Origins of a Dualistic Digital World

In his book Free, Wired CEO Chris Anderson claims that the invention of computers divided our realm into two worlds: the world of atoms and the world of bits. The latter has, in theory, an infinite amount of possibility, while the former is finite. This creates an odd situation in which each world has a differing value in our minds.

Along with this basic idea of two different worlds, we have a natural bias to keep them divided. We say we have a “public” (physical) life and a “private” (digital) life. But this division occurs for no real legitimate reason. Furthermore, Internet critics adopt a position where the digital world is less “there” than the real world, and our interactions there can have negative effects on our perceptions of the “real” world. This can make sense from one perspective. After all, we’ve created a new world from a completely different building block. Why wouldn’t we treat it differently? It’s just a natural bias that we’ve created.

But just because this bias is natural isn’t reason enough to accept it as fact. Why does this bias matter? For starters, the digital world has extensively affected our lives on a dramatic level. Bits and bytes are becoming one of the most valuable resources on the planet, according to Professor Samuel Ebersole:

Today’s world is one in which information is gaining the upper hand over raw materials, where software is more valuable than hardware, and where… bits are more important than atoms… Today, more than ever, information exists in digital form.

Information has always existed but the rise of computers and the Internet has turned it into an asset. But it still exists as its own universe. The social media information we give out? It’s all just digital information that is divided from the physical realm we exist in — according to our bias.

As a result, if one focuses on the computer and their social media profile, that’s considered “inauthentic” and “superficial.” However, if they do it offline, that’s less objectionable. But are one’s digital interactions different from interactions in the physical realm? After all, they both rely on the exact same laws and rules which drive the human condition. (For example, when someone lies in a digital system and is discovered, they receive the same results as the physical world.)

Yet Internet critics continue to promote this bias for the physical over the digital. The two don’t connect up, and humanity’s choice of one over the other becomes integral. But what if we don’t live in a world of divided realms but rather, a world where the digital and the physical exist together as an “augmented” reality? What would that change?

The concept of “augmented” reality is what techno-sociologist Nathan Jurgenson explores. He found fault in the dualistic view for describing the human behaviors present in human technology. Hence, he wrote this explanation:

[Humans] are not crossing in and out of separate digital and physical realities, a la The Matrix, but instead live in one reality, one that is augmented by atoms and bits. And our selves are not separated across these two spheres as some dualistic “first” and “second” self, but is instead an augmented self.

If this observation is true, then all of our behavior adds up to a completely different perception of reality and both our digital and physical behavior makes up who we are. But what are the direct implications of this approach? What does it change?

We have digital identities that we work to control and manipulate. We’ve been taught that since we can easily modify our online identity (e.g., making ourselves look like other people or like a perfect version of ourselves), that it’s a different and inauthentic identity. But this just isn’t true. Those who lie about themselves online are not creating a separate digital identity; they’re simply lying about themselves and their physical identity.

How we reflect ourselves online clearly shows our personality. For example, in their dualistic thought, introverted individuals might adopt a mindset where they are more open online, but more withdrawn offline. Is this a bad thing? That depends on your perspective.

From a dualistic viewpoint, we almost see an inauthenticity between the two worlds, where you try to be one thing, but are actually something else. Meanwhile, in an “augmented” reality, a person’s online behavior should reflect their whole personality. For example, some are able to express their desires for a higher purpose and work via digital fields like MMORPGS and other online communities. However, one shouldn’t define that as a separate identity from their everyday life, but rather, should allow one’s online activities to be part of their central identity. In other words, don’t be afraid to be thought of as a gamer, an artist, or a digital guru. You are that and everything else.

Dualism can encourage individuals to separate their digital identities from their physical ones, such as those who create alternate personas and have different lifestyles online. This is not only being dishonest with one’s self, but is also being dishonest with the world. You lie to yourself, and thus your foundation for who you are becomes usurped and damaged.

I was always taught that my community should come from those living in close physical proximity. Online communities, on the other hand, were worthless places where people with little to no social skills played with each other’s personas and created trouble. And I thought this to be true. I kept myself separated from such communities because they were “inauthentic” and “wastes of time”. But the closer I looked at it, the more I saw that dualistic bias within this belief.

When I began my writing career, I was looking for a deep community to help me increase my skills. I was just learning the art of creativity and analysis but had a few ideas of how to actually do it. Sadly, local groups were unable to help me with that so I tried an online writing community. Initially, I saw this online community, not as a real community, but as a cheap mockery of one. However, the community’s members spoke into my everyday life and inspired me to do what I loved even more than before.

Furthermore, this community had the potential to become something greater, of actually affecting the “physical” world. It existed just as much as my local youth group. We just happened to be separated by physical distances and used digital means to engage with one another on a personal level. I continued to love the community’s members online, and when possible, offline. Most of these relationships remained either in the digital or physical realm. But some existed in both, and these “augmented” relationships have become some of the most authentic relationships I’ve ever had.

Communities aren’t based on the channels that their members use to connect with one another. They’re based on the people and the relationships that come as a result of those channels. Regardless of whether they’re formed via digital or physical means, these relationships are the foundations for the local, national, and international communities in which we choose to belong.

Real life isn’t lived in just the “digital” or “physical” realm. It’s actually an interplay between both realms in which our choices in one directly impact the other. In other words, both realms matter. 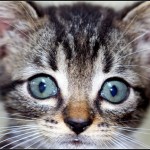 February 22, 2013
Frequently Searched Questions: In which Everything is Terrible Online
Next Post 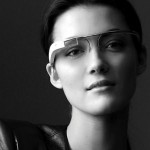