Ben Affleck is Human! And Married!

Like a lot of Americans, I sat down the other night to watch the Oscars for the first time in years with some friends.  When I witnessed Seth MacFarlane’s talented-but-crude, sexist, I-love-myself-so-much performance, I was reminded why. At the end of the night though, when my hope for humanity was at its lowest, Ben Affleck injected this wonderful, impromptu moment of redemptive decency. In the middle of his breathless acceptance speech he thanked his wife, Jennifer Garner, but it wasn’t the typical air-brushed gratitude we’re used to:

I want to thank you for working on our marriage for 10 Christmases. It’s good, it is work, but it’s the best kind of work, and there’s no one I’d rather work with.

I don’t know about Mr. Affleck’s religious affiliations, if he’s been regenerated by the Spirit of God, or whether he’s ever read Tim & Kathy Keller’s The Meaning of Marriage, but apparently he gets the biblical truth that good marriages don’t just happen. Marital love actually takes some work. It’s the kind of thing that Bible can, and assumes it has to, command husbands to do (Eph. 5). It’s not simply a powerful emotion, although it involves them, but a practiced movement of the soul. Marriage is a reality that requires moral and spiritual formation; there is real effort involved.

Maybe that’s why his remarks sparked some criticism around the web. Apparently his remarks were deemed to be awkward, or uncute–my guess is by the unmarried and the naive. I suppose it was alarming for some to see one of the beautiful movie people puncturing the rom-com myth of love as that spontaneously-generated, effervescent emotion disconnected from the average, everyday sweat and effort of real life. As another commentator put it:

The criticism centers around this statement as lacking in cuteness, and focusing on the negative. It wasn’t the “right forum” for this type of declaration, it was a possible indicator that “something is wrong” in the marriage, he should have just stuck to “I love you and adore you and you’re perfect” — basically whining that a major Hollywood star was uncomfortably honest about his relationship and said overly blunt things about marriage in one of the most public forums on the planet.

Anyone who actually agrees with the above criticism doesn’t get marriage.

Before Affleck’s Oscar speech the other night I didn’t like him. I mean, I actively disliked him. Sure, I thought The Town was a good movie and apparently so is Argo. (Confession: I still haven’t seen it. I repent in dust and ashes.) It didn’t matter. I still thought he was a tool. I’m not sure why. It might have been one of those awful, smug celebrity political pronouncements Hollywood actors or prone to.  I also think that I’ve never really forgiven him for the fact that I know the terms ‘BenJen’ and ‘Bennifer’.  I just shouldn’t–it’s wicked.

Still, in that one moment Ben Affleck became human to me. It turns out that he’s a guy in a marriage who loves his wife and is willing to own that he’s really grateful she’s willing to work on it with him because it’s not easy. Sounds a lot like me. Go figure.

Affleck’s remarks reminded me of this problem I have with celebrities in general. For some reason I tend to forget they’re people. I know I’m not alone in this. The difference is that instead of idolizing them the way much of our culture does, some of us tend demonize them. This seems to happen a lot in churches. Instead of being superhuman, celebrities can become subhuman veneers of real people in our speech; it is a discourse of disdain. This isn’t a pretty truth, but it is truth we have to think about. We forget that they’re flesh, “dust”, just like the rest of us. Because of that, we have a tendency to lack compassion when we talk about them. We also tend to forget the basic truth of common grace: that God gives good gifts of wisdom and life all of the creatures made in his image, regardless of their explicit submission to his truth in all areas.

Why go into all of this? It’s not that I think Mr. Affleck will ever find out about what gets said about him in some obscure church group in Orange County–although I would hate for anybody to feel awkward walking into my church because of anything I’ve said about them. I bring it up because the practice of disdain towards any group, no matter how privileged and removed from our experience, is damaging both to our souls, and our witness to the “whosoever” character of the Gospel. (John 3:16) When any culture makes a habit of denigrating or speaking in harsh or dehumanizing ways of a particular social or cultural group God is not honored. In speaking of the tongue, an image for our speech life, James says, “with it we bless our Lord and Father, and with it we curse people who are made in the likeness of God. From the same mouth come blessing and cursing. My brothers, these things ought not to be so.”(James 3:9-10)  People whose hearts have been transformed by the Gospel are marked by speech that blesses, not curses, those made in God’s image. For what is the Gospel but a good word?

The bottom-line is that the other night Ben Affleck reminded me that for Christians to engage in a discourse of disdain is inappropriate for any group–even celebrities.

Derek Rishmawy is the Director of College and Young Adult ministries at Trinity United Presbyterian Church in Orange County, CA, where he wrangles college kids for the gospel. (Think non-ordained college pastor). He is the blessed husband of a lovely lady named McKenna. He got his B.A. in Philosophy at UCI and his M.A. in Theological Studies (Biblical Studies) at APU. He loves Jesus and more importantly Jesus loves Him. Throw in too many theological tomes, coffee, craft beer, loud music, a beard, and a picture (not necessarily a pretty one) starts to emerge.

You can go read his stuff at the Reformedish blog, derekzrishmawy.com.

March 4, 2013
In Memoriam Arthur Machen: Celebrating 150 Years of Horror and Ecstasy
Next Post 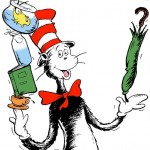 March 5, 2013 The Kiddy Pool: Happy Birthday, Dr. Seuss!
Recent Comments
1 Comment | Leave a Comment
"Radford made a connection between Ender and Hitler.Another possible connection: Could Card have been referring ..."
Raymond Z ‘Ender’s Game,’ Genocide, and Moral Culpability
"Faith is the confidence that what we hope for will actually happen; it gives us ..."
Smiley M.M. Music Matters: David Bowie, Still Not ..."
""that many of us do not accept that a few cells of human DNA constitute ..."
myintx How I Changed My Mind About ..."
"No thought given to the unborn child whose life was 'silenced and oppressed'... sad."
myintx How I Changed My Mind About ..."
Browse Our Archives
Related posts from Christ and Pop Culture