“Certain new theologians dispute original sin, which is the only part of Christian theology which can really be proved.” —G. K. Chesterton, Orthodoxy

When even Holocaust historians are shocked at their own findings, you know the picture is horrifying. After 13 years of research, a group of historians studying at the Holocaust Memorial Museum released new estimates about the extent of human brutality and wide-scale involvement in the enslavement and degradation of their fellow humans in Nazi Germany. The New York Times details:

The researchers have cataloged some 42,500 Nazi ghettos and camps throughout Europe, spanning German-controlled areas from France to Russia and Germany itself, during Hitler’s reign of brutality from 1933 to 1945…

The documented camps include not only “killing centers” but also thousands of forced labor camps, where prisoners manufactured war supplies; prisoner-of-war camps; sites euphemistically named “care” centers, where pregnant women were forced to have abortions or their babies were killed after birth; and brothels, where women were coerced into having sex with German military personnel…

It must be noted that the unbelievably high number of camps consist not only of large-scale camps like Dauchau and Aushwitz, but also of smaller work camps with as little as 12 prisoners located in small towns. The punchline to this increasingly disturbing account comes at the end:

Dr. Dean, a co-researcher, said the findings left no doubt in his mind that many German citizens, despite the frequent claims of ignorance after the war, must have known about the widespread existence of the Nazi camps at the time.

“You literally could not go anywhere in Germany without running into forced labor camps, P.O.W. camps, concentration camps,” he said. “They were everywhere.”

It takes a moment for that to sink in. “They were everywhere.” Everywhere. Everybody knew. In one of the most enlightened, intellectually accomplished, progressive societies in the world, you had widespread cultural corruption on a level that staggers the mind. Either by direct involvement or culpable acquiescence, they all knew. Hannah Arendt’s “banality of evil” doesn’t quite capture it—the “ubiquity of evil” seems more appropriate.

Our culture has trouble knowing what to do with this. One of the remarkable things about the American spirit is that even after two world wars, Vietnam, the 1970s, global terrorism, and three Transformers movies, optimism and progressive ideologies still shape our basic outlook on human nature. Faith in the fundamental goodness of humanity is still our basic credo—with enough time, money, energy, and education, the future is bright. For this reason we are, for the most part, utterly incapable of coping with the reality of human evil. Unless we’re stuck in some dark, hipster cynicism about life, after reading this most Americans will scramble to find an explanation—and by “explanation,” I mean a way of explaining it away.

When faced with evidence to the contrary, we try to tell ourselves, “But, people are basically good. It’s just those German Nazis and their particularly evil ways. That culture at that time and that place was just particularly messed up. It was the work of some particularly wicked people and some people just got carried along through fear.”

Except that based on this new research, it wasn’t just the soldiers following orders, or the masterminds, but the everyday people: husbands and wives; hardworking fathers and mothers providing for their kids; good neighbors; decent, regular folk.

And honestly, shouldn’t our own recent history have disabused us of this naive faith? Have we forgotten that a just a few generations ago, a large portion of our own culture functioned on the premise we could legally own people? Or, consider the present reality that right now in the United States, on a scale too large to be called an aberration of the few, some of our neighbors still illegally do? The truth of the matter is that truly heinous evil is not far from any one of us—the very best of us can be hopelessly implicated in any manner of horrors. Evil is not something we can keep at arms’ length—it’s something that lives in all of us.

And this is what terrifies us most.

One of the reasons I am a Christian is that, to my mind, only the Christian story makes “sense” out of the world for me; it is heuristically useful in that it helps me interpret the various natural, and especially human, realities I encounter. The first time I really noticed this was reading Blaise Pascal on the doctrines of the Fall and original sin. Often they are seen as inherently negative and pessimistic doctrines which imply a low view of human nature. Pascal noted that, in fact, the situation is far more paradoxical than that. Christianity teaches us that we are all like deposed kings—made in the Image of God, capable of brilliance, love, beauty, nobility, decency, technological advance, destined for knowledge and communion with the Divine itself. And yet, due to inborn sin and corruption, those same qualities are intermingled with a beastliness so dark at times it can, in truth, only be considered demonic. In fact, the greatness is what makes the wretchedness so terrible—the greater the height, the more catastrophic the fall.

It’s that paradox that makes sense of news like the recent Holocaust report. Given the reality of the Fall and original sin, I’m ultimately not shocked, as horrifying as the research is, though I’m still horrified. There’s still a sense in which we can say, “It’s not suppose to be like this. People are not supposed to be like this.” And yet, given the right conditions, they are. Given the right conditions, we all are. Any view of human nature that cannot account for this kind of gross, systemic, personal, and institutional evil isn’t worth the name.

Thankfully, the Gospel teaches neither the blind human optimism looking ahead to an inevitably bright future, nor a resigned cynicism leading to despair about human history. Christianity teaches both the greatness and the wretchedness of humanity, and yet it teaches us in a way that neither puffs us up, nor crushes us. As Pascal writes in the Pensees: “Knowing God without knowing our wretchedness leads to pride. Knowing our wretchedness without knowing God leads to despair. Knowing Jesus Christ is the middle course, because in him we find both God and our wretchedness.” In other words, Jesus Christ shows us both how wretched we are in that we needed the bloody atrocity of the murdered Son of God to put right all that we’ve put wrong, and that we are valuable enough that he was willing to endure it.

Reports like these ought to crush any blind faith in humanity we might have left and point us to the true hope for our wretchedness: the Gospel. 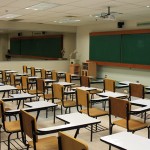 March 11, 2013
What’s Wrong With Pursuing Gifted Education for Our Kids?
Next Post 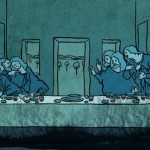 March 12, 2013 The Problem With Writing Off 'Un-Christian' Art
Recent Comments
19 Comments | Leave a Comment
"Radford made a connection between Ender and Hitler.Another possible connection: Could Card have been referring ..."
Raymond Z ‘Ender’s Game,’ Genocide, and Moral Culpability
"Faith is the confidence that what we hope for will actually happen; it gives us ..."
Smiley M.M. Music Matters: David Bowie, Still Not ..."
""that many of us do not accept that a few cells of human DNA constitute ..."
myintx How I Changed My Mind About ..."
"No thought given to the unborn child whose life was 'silenced and oppressed'... sad."
myintx How I Changed My Mind About ..."
Browse Our Archives
Related posts from Christ and Pop Culture