Marcus Mumford: Big Fan of Jesus, But Not Christianity

Young evangelicals love Mumford & Sons for their catchy songs and heart piercing lyrics. I would count myself as one of that group. It is probably cliché and over-referenced by now but it doesn’t really get any better than the line from their song Roll Away Your Stone: “It seems that all my bridges have been burnt/ But you say that’s exactly how this grace thing works.” Lyrics like this have led to speculation about Marcus Mumford’s faith and for the first time he answered that question in a Rolling Stone interview.

It comes with so much baggage. So, no, I wouldn’t call myself a Christian. I think the word just conjures up all these religious images that I don’t really like. I have my personal views about the person of Jesus and who he was. Like, you ask a Muslim and they’ll say, ‘Jesus was awesome’ – they’re not Christians, but they still love Jesus. I’ve kind of separated myself from the culture of Christianity.

As cliché as my love for the single line from Roll Away Your Stone is, Marcus’ sentiment is equally as commonplace in regards to Christian faith. Especially in the Western world, the word Christian conjures up for many negative images from Westboro Baptist to Pat Robertson and the Crusades to the Spanish Inquisition. Even race-based slavery in the United States was instituted by Christians using biblical passages to justify the enslavement of millions of people. I get Marcus’ point. In fact, on my Facebook page under religious views I put “Follower of Jesus” instead of “Christian”.

But despite all the baggage of the term, self-identifying as a Christian links us to a rich history of fruit-bearing and kingdom building Christians who love their neighbors. These Christians may not make the headlines but they make a profound and lasting impact on the lives of those people that they come in contact with. For instance, World Vision has been a leader in humanitarian work across the globe and the newly founded Courage Worldwide is fighting modern-day slavery in the form of sex trafficking.

I agree with Marcus that the Christian family is a messy family and we have a sordid history but we can’t outright disavow a term that also includes those who out of their Christian faith do good works helping people around the world. It is much easier to take the route of “I just love Jesus” or “Jesus is a cool dude” in a culture that would mostly concur with that sentiment. Accepting the label of Christian is difficult, especially when we inhabit a post-Christian culture, but one that I will gladly take on, as should all of us who love Jesus.

March 14, 2013
The Moviegoer: "Planet of Snail" and When the Darkness and Silence are with God
Next Post 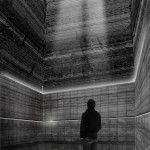 March 15, 2013 Will Atheists Find What They're Looking for in Their Temples?
Recent Comments
3 Comments | Leave a Comment
Browse Our Archives
get the latest from
Evangelical
Sign up for our newsletter
POPULAR AT PATHEOS Evangelical
1