Music Matters: David Bowie, Still Not Quite an Atheist

Last week, Jimi Hendrix reigned in the number two spot on the Billboard 200 and this week that position is filled by David Bowie’s new album The Next Day. It is only fitting that one of Bowie’s songs on the new album (“The Stars (Are Out Tonight)”) contains the line,”Stars are never sleeping/ Dead ones and the living,” in light of this surprising takeover of the charts by two classic rockers, one dead and one living. Unlike Hendrix who saw his music as religion, Bowie has explored a pantheon of religious beliefs as he noted in a 2004 Ellen interview: “I was young, fancy free and Tibetan Buddhism appealed to me at that time. I thought, ‘There’s salvation.’ It didn’t really work. Then I went through Nietzsche, Satanism, Christianity… pottery, and ended up singing. It’s been a long road.”

In his darkest cocaine fueled days he turned towards Christianity and wrote “Station to Station” as his contemplation of the stations of the cross. In a February 1997 Q Magazine interview Bowie stated, “The ‘Station to Station’ track itself is very much concerned with the stations of the cross… I’ve never read a review that really sussed it. It’s an extremely dark album. Miserable time to live through, I must say.”

His foray into Christianity didn’t stick and ever since he has been tottering between belief and disbelief. When Bowie’s previous album Reality came out in 2003 he gave an interview to Beliefnet where he explained his current spiritual state:

I honestly believe that my initial questions haven’t changed at all. There are far fewer of them these days, but they’re really important. Questioning my spiritual life has always been germane to what I was writing. Always. It’s because I’m not quite an atheist and it worries me. There’s that little bit that holds on: Well, I’m almost an atheist. Give me a couple of months...

On The Next Day, Bowie vacillates between these two modes of thought, a world with God and a world without. Questions on the existence of a higher being are further heightened by death and a hope that life does matter in the grand scheme of the universe. We get self-referential Bowie, looking back at his musical past to navigate the present minus his many personas. The lead single “Where Are We Now?” typifies Bowie’s reflective tone with many references to his Berlin years (where Heroes was written and recorded) which becomes more apparent in the accompanying music video.

The song recognizes that all are heading towards death, questions “Where are we now?” in that process but ends with hope of something more:

Bowie explores that question throughout the album as he gauges his spirituality. Title track “The Next Day” full of dissonant guitar bends and Bowie’s vocals somewhere between speech and singing, sees himself near a gruesome death while attacking the hypocrisy of  religious figures and revealing their true god, namely Satan:

Here I am, not quite dying
My body left to rot in a hollow tree
Its branches throwing shadows on the gallows for me
And the next day,
And the next,
And another day…

“I’d Rather Be High” finds Bowie washing his hands of the affairs of this world, even his own death, and finding solace in being high instead. The blues-inspired track moves into that classic 70’s Bowie sound in the chorus with layered vocal harmonies.

I stumble to the graveyard and I lay down by my parents,
Whisper “Just remember duckies
Everybody gets got”

Again Bowie returns to the theme of death in “You Feel So Lonely You Could Die” and this time he explores suicide as he explains flippantly, “Oh, see if I care/ Oh, please, please make it soon.” Though these lines are set against an over-dramatized ballad similar to Meatloaf’s grand rock opera sound, so one wonders how sincere Bowie is in this sentiment.

I can see you as a corpse hanging from a beam
I could read you like a book
I can feel you falling
I hear you moaning in your room
Oh, see if I care
Oh, please, please make it soon

After a minute of silence “If You Can See Me” appears ex nihlo with Bowie’s harshest words for religion taking on a militant role, even more extreme than the approach pioneered by Richard Dawkins or Christopher Hitchens.

Children swarm like thousands of bugs
Towards the lights the beacons above the hill
The stars to the West, the South, the North and to the East…

I have seen these bairns wave their fists at God
Swear to destroy the beasts, stamping the ground
In their excitement for tomorrow…

I will slaughter your kind who descend from belief
I am the spirit of greed, a lord of theft
I’ll burn all your books and the problems they make

Then finally, the feedback and synthesizer driven “How Does The Grass Grow?” resurrects Bowie’s 80’s sound with playful whining “ya’s”. Bowie finding no other option, stuck in the neutral zone between religion and irreligion, here reduces life’s meaning to breathing another day:

And this is where more and more people reside in a culture where the “nones” are rising, avoiding religion altogether or making their own amalgamation of several. Meaning, though, is not merely confided to breathing and living another day but found in the God who breathed life into man (Gen. 2:7). As Bowie enters the last years of his life, I pray he will be able to come back from the edge of disbelief, returning to the cross which comforted him through a dark and tumultuous period. Then on the last day, as one of the dead in Christ, God will breathe on him (and all believers, see Ezekiel 37) giving Bowie meaning for more than one day but all of eternity. 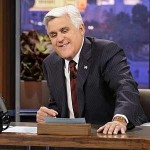 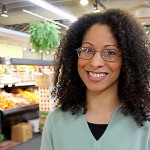 March 26, 2013 'Donglegate' Makes Me Want To Destroy the Internet
Recent Comments
4 Comments | Leave a Comment
"Radford made a connection between Ender and Hitler.Another possible connection: Could Card have been referring ..."
Raymond Z ‘Ender’s Game,’ Genocide, and Moral Culpability
"Faith is the confidence that what we hope for will actually happen; it gives us ..."
Smiley M.M. Music Matters: David Bowie, Still Not ..."
""that many of us do not accept that a few cells of human DNA constitute ..."
myintx How I Changed My Mind About ..."
"No thought given to the unborn child whose life was 'silenced and oppressed'... sad."
myintx How I Changed My Mind About ..."
Browse Our Archives
Related posts from Christ and Pop Culture 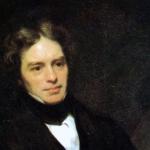