‘Donglegate’ Makes Me Want To Destroy the Internet

As a matter of principle, I tend to think the Internet is a Good Thing. It puts unimaginable amounts of information at the fingertips of people the world over and provides us with a multitude of ways (e.g., personal blogs, Facebook, Twitter) that we can use to communicate and share our lives with each other. It can give a voice to the voiceless, such as dissidents living in oppressive regimes, and can be used to hold the powerful accountable. And on a more personal level, the Internet has given me a great deal of personal and professional development and satisfaction over the years, and even more importantly, makes it possible for me to provide for my family.

But there are times when I want to burn the whole thing to the ground and throw the ashes onto a trash heap — and last week was one of those times.

On March 17, a technology consultant named Adria Richards was attending PyCon, a conference for developers who work with the Python programming language. During one of the conference sessions, she overheard two male attendees behind her make some crude sexual jokes in reference to the terms “dongle” and “forking” (both of which are actual tech terms). Fed up with what she perceived to be sexist overtones — and as she explained on her blog, frustrated with the sexist climate that pervades the tech community — she turned around, took a photo of the attendees, tweeted it, and called them out to the PyCon organizers. The organizers talked to Richards and the attendees, apologies were made, and that was that.

Unfortunately, things quickly got a whole a lot more complicated, and a whole lot nastier.

Richards’ initially received a lot of support… and a lot of criticism, both on Twitter and in her blog’s comments. Some of the criticism was respectful, though still quite direct and pointed. But a lot of the criticism took a far more vicious form in the shape of various slurs and epithets, as well as threats of rape and violence. (In one particularly disturbing instance, a photo of a beheaded woman was tweeted to Richards with the caption “when Im done.”)

On March 21, PlayHaven — the employer of the two men Richards had photographed — announced that they had fired one of the developers after conducting “a thorough investigation”. Soon after, someone claiming to be the fired developer posted his side of the story and apologized to Richards while also claiming that Richards had misunderstood some of their comments (i.e., “no sexual jokes were made about forking”) and that “She gave me no warning, she smiled while she snapped the pic and sealed my fate.”

SendGrid — an e-mail delivery company that employed Richards — then came under attack. First, by members of the hacker collective Anonymous who shut down the company’s servers with a DDoS attack, and second, in the form of clients leaving the company in protest of Richards’ actions. In response, SendGrid announced that they had fired Richards, and further clarified that while they supported her right to report inappropriate behavior, they did not support the her method of doing so, and that her actions compromised her ability to be their “developer evangelist.”

Since then, Richards has essentially been in hiding, and virtually non-existent online (which shouldn’t be too surprising, given the amount of vitriol directed at her). What’s more, countless blogs and pundits have weighed in on the situation, both for and against Richards’ actions — and with many sitting somewhere in-between. I’ll refrain from adding any additional analysis: You can find plenty of that by googling “Adria Richards” or “Donglegate.” Instead, I’d like to offer something of a lament — a lament for the Internet, if you will.

Regardless of whether you agree or disagree with Richards’ claims and actions — or those of any of the parties involved, for that matter — the amount of sheer negativity, hatred, and vitriol that this has generated in comments sections and Twitter timelines should be awfully depressing. What could’ve been a golden opportunity to address legitimately important issues — i.e., the sexism that often occurs within the technology and developer communities, and the best ways to respond to it — has been lost, forever, because too many people can’t seem to wrap their heads around the fact that you can disagree with someone, even strongly, and still treat them with even a modicum of respect. It ought to be really quite clear and simple:

But all too easily, significant portions of the Internet show that time and again, they have forgotten — or seem perfectly willing to forget — these most simple rules of adult human interaction. VentureBeat‘s John Koetsier, who has been in contact with both Richards and the fired developer since the initial incident, put it well when he wrote:

A developer has lost his job for no really good reason (as Richards has also said). The Internet exploded, with a significant chunk of it spewing hate and vitriol, including rape and death threats. A developer evangelist has lost her job too, for no really good reason. And women and men in technology have even more baggage and mistrust to process.

Where’s the forgiveness? Where’s the acceptance? Where’s the ability to not fly off the handle and go apeshit at zero to sixty when we see something we don’t like or we have a problem? Why do we feel we can call people whores, or idiots, or scumbags, or worse, just because there’s a computer and some wires between us and them?

Do we now live in a culture where there are no second chances, where there’s no ability to call a Mulligan, get a do-over, or just have a bad day?

Who can live that like? Who’s the perfect one among us who doesn’t screw up?

Koetsier asks “Who can live that like? Who’s the perfect one among us who doesn’t screw up?” The simple answer is that nobody can. And sadly, many seem incapable or unwilling to remember that these days. And it just leaves me feeling sad and empty. As I’ve written before:

I affirm the Bible’s teachings regarding the effects of sin and humanity’s fallenness, so brutality, hatred, selfishness, and incivility running amok isn’t terribly surprising. Still, I’m often defeated, shell-shocked, and teary-eyed. “Does it really have to be so bad?” I wonder.

There are times when I have hope that the tremendous promise of the Internet can be a powerful tool to bring people together, that the tremendous potential for knowledge and communication that it represents can do something to bridge the often massive gaps between our lives and cultures. This is not one of those times. Indeed, last week has thoroughly disabused me of such notions. Venturing through comment threads and blog entries and reading the often juvenile and vitriolic back-and-forth reveal such notions to be childish and naïve.

I know that I should end this piece with something uplifting or poignant, something about how we should strive to “be the change that you wish to see in the world,” online or otherwise. But right now, I can’t. Right now, all I can say is “Maranatha” — even, and especially, to the deepest, darkest corners of the Internet.

Image via Chuckumentary via photopin cc. 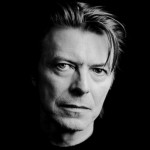 March 26, 2013
Music Matters: David Bowie, Still Not Quite an Atheist
Next Post

March 26, 2013 The Simple Life Isn't So Simple, Really
Recent Comments
9 Comments | Leave a Comment
"Radford made a connection between Ender and Hitler.Another possible connection: Could Card have been referring ..."
Raymond Z ‘Ender’s Game,’ Genocide, and Moral Culpability
"Faith is the confidence that what we hope for will actually happen; it gives us ..."
Smiley M.M. Music Matters: David Bowie, Still Not ..."
""that many of us do not accept that a few cells of human DNA constitute ..."
myintx How I Changed My Mind About ..."
"No thought given to the unborn child whose life was 'silenced and oppressed'... sad."
myintx How I Changed My Mind About ..."
Browse Our Archives
Related posts from Christ and Pop Culture