So Rob Bell Wrote Another Book about God—Some Thoughts before Actually Reading It March 6, 2013 Derek Rishmawy

A couple of years ago, Rob Bell wrote a little book about Heaven, Hell, and all that God stuff. You might have heard of it. If you haven’t, don’t worry about it—he didn’t say anything new. (Or necessarily very good. I’ll be honest, even though I was a Bell fan in college, I was pretty disappointed with that last book.) In any case, it kicked off a little bit of a crap-storm in the Evangelical world. Well, actually, it was the online theological storm of the century. There were preemptive tweets by Evangelical megastars, negative reviews, glowing recommendations, counter-reviews, charges of heresy, charges of heresy-hunting, gangs roaming the Internet with clubs watching for signs of dissent or support, refugee camps, and basically all that is unholy in the blogosphere.

Of course, some good conversations and decent theology got out too.

Now, thankfully, this all went down before I had a blog up and running. Given the number of Facebook conversations I was involved in during that whole imbroglio, I praise God that, in His providence, He spared me from my own immaturity.

It seems though, that Rob Bell has written another book. It’s about God, or at least, What We Talk about When We Talk about God. Well, here’s the trailer:

Before I read it, or anybody else reads it, or writes a review, or tweets some 140-character gem and the whole blogging world explodes with outrage and applause, I have a few thoughts to offer up to the online world, both within my own tribe, as well as those outside it:

1. Calm Down. First things first—calm down. Whoever you are, turn it down a notch.

If you’re a Bell fan, slow your roll. No, he’s not going to unveil the secrets of the universe. It’s not revolutionary or visionary. He’s probably just written down something somebody else has written in a printed blog format

that you’ve never heard of because you’re not reading

If you’re a Bell critic, especially if you’re Reformed, calm down. Realize that if you really believe the confessions, none of what he writes means God isn’t actually sovereign, won’t take care of His Church, or that the whole Church will drift into heresy and death because of it. Yes, given his last book, you will probably not like a lot of this one. Yes, many people will read it and agree to propositions about and perceptions of God you find to be unworthy and un-scriptural. Yes, you might have plenty of correcting to do. But once again, this has been the situation of the Church for the past 2,000 years. It will survive one book.

In fact, just take a minute to recover by reading Romans 9 or some of the Institutes. There. Feel better?

2. Read First, Shoot Later (Or, Don’t Shoot, Pray Before You Write). This one’s mostly for critics—read the book before you say anything super-critical about it. Seriously. It doesn’t help to declaim something as full of heresy and beyond the pale if you’ve never read the dang thing. Also, when you do read it, do it with the spirit of generosity, trying your best to love your neighbor as yourself, reading as sympathetically as you’d like to be read. Don’t caricature or misquote or uncharitably misrepresent. You might still find a whole bunch of stuff you don’t like—stuff that troubles and disturbs you so that you feel the need to correct it in print. That’s fine. I believe firmly that any publicly promulgated doctrine or false teaching needs to be corrected publicly for the health and life the Church. Jesus and the apostles hated heresy, so if there is any, by all means, declaim away. That said, remember that it needs to be done in a spirit of love and with the integrity that flows from the Gospel. Our polemics may be passionate, but they should always be principled and never be putrid. Truth cannot be championed by dishonesty, and especially if you’re a pastor, remember that you’re setting an example for your hearer/readers. The way you react often sets the tone for your people, as well as the watching world. As the old hymn goes, they will know us by our love. Love doesn’t exclude disagreement and confrontation, but it should change the way it goes down. Pray before you hit publish on that blog.

3. Try to Understand the Other Team. I hate to call them teams, but yes, in issues like this, realistically the theological spectrum ends up splitting into opposing teams that drive the conversation, with some people trying to occupy the center but usually leaning one way more than the other. I’ll just say that both sides need to strive to understand the other’s concerns.

For instance, if you read Love Wins and you didn’t for an instant sympathize with the criticisms that Bell was launching against some traditional doctrines, I’m just going hazard a guess that you’re probably not an effective evangelist, because he was hitting at legitimate (or at least common) theological and cultural concerns. I’m not saying he gave the right answers, but if you can’t understand why those answers resonated with so many in our culture, then you’re not going to be able to thoughtfully and compassionately provide the answers you deem to be the biblical ones with any kind of charity or grace to those without as clear of a theological vision as you.

At the other end of things, if you were a Bell fan and you absolutely loved that book, and you were unable to see the criticisms as anything more than insecure heresy-hunting conducted by narrow-minded gatekeepers, then I’d hazard a guess that you might be suffering from a sort of reverse-theological boundary keeping, which immediately privileges anything deemed to be “unorthodox” by the Evangelical majority. If you can’t see why more thoughtful, sensitive believers of a more “conservative” bent might have felt attacked or caricatured in that book, you probably won’t be someone who can graciously and thoughtfully correct them on what you deem to be their theological deficiencies.

4. Criticism Is Not Inherently Narrow-minded Oppression. Expanding on that last point, realize that we wouldn’t have half of the New Testament if the apostles like Paul, John, or Peter weren’t passionate about correcting errors both in doctrine and practice. Colossians is an attack on syncretistic theology of a Jewish-Hellenistic sort that threatened to lead the Colossian believers back into a beggarly superstition, trusting in various intermediaries instead of the supremacy of Christ. Galatians combats the Judaizing failure to recognize the eschatological shift in redemptive-history brought about by Jesus’ life, death, and resurrection due to nationalistic self-righteousness, which threatened to split the community between Gentiles and Jews. John combats love-denying proto-Gnosticism that, again, tears at community. The list could easily go on. The NT authors pursued public false teaching with passion because they knew that there was a real link-up between sound doctrine and a life-giving love of God in their flocks. The point is, Bell fans need to realize that when he writes a book publicly expounding a theological position that sets itself in direct, or even tacit, opposition to a large portion of the theological populace, criticizing and writing it off, it is not unreasonable to expect some push-back—not because his theology is necessarily heretical. It might not be. But even if it is merely perceived as such, understand that it might be very real, pastoral concern that drives the criticism, not personal animosity or jealousy. Because he’s a teacher, even if he’s just “asking questions,” because there’s a way of “asking questions” that’s really answering them, every public word is held to account (James 3). My point is, not every criticism is narrow-minded oppression of theological diversity, but might be real pastoral accountability being exercised, even if you think it’s mistaken.

5. Cling to What Is Good, Hate What Is Evil. Depending on which translation you use, Romans 12:9 might place the “hate what is evil” or the “cling to what is good” first. In this case, as a word to the initially apprehensive, I would say go in with an attitude that seeks to learn or discern whatever good you can from the book before you find the less-than-good. Of course, be like the Bereans and test everything against the Scriptures (Acts 17:11). If you find something in there that doesn’t line up, reject it. That’s a given. Still, it bears repeating that before you go hunting for everything that’s wrong with it, try to find the good you can affirm on the basis of God’s self-revelation in Christ and the Scriptures. If for no other reason than to be able to have a fruitful conversation with someone who actually enjoyed the book, you need to be able to affirm the good before you move to critique the bad.

I don’t expect that this is the only thing I’ll say on the whole issue. I might even write one of those critical or, I wish, favorable reviews. (I’d prefer this book be good, not bad.) But for now, before I’ve read a single word, here’s what I’ve got to say. I pray it blesses God’s Church, bringing more light than heat. 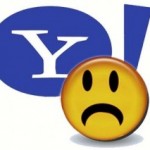 March 6, 2013 Changes at Yahoo Show Who Works for Perks
Recent Comments
8 Comments | Leave a Comment
Browse Our Archives
get the latest from
Evangelical
Sign up for our newsletter
POPULAR AT PATHEOS Evangelical
1