Thomas Nagel: An Atheist loved by Creationists, yet hated by his Kin?

Thomas Nagel: An Atheist loved by Creationists, yet hated by his Kin? March 26, 2013 Christopher Hutton

Imagine if you created an amazing piece of work which would revolutionize the way we understand the world.  You write it in hopes of helping your fellow men see the world correctly.  But then suddenly, you find out that your friends hate your work, even detest it.  And your worst enemies have found your work and are commending it, which is pissing off your friends.  How would you react?

Well, that’s the situation of philosopher and academic author Thomas Nagel.  In his recent book Mind and Cosmos, Nagel recognizes a fact that most Christian philosophers would agree with; that a completely material understanding of the universe is insufficient for explaining the human mind, the very existence of matter, and everything.  In fact, the universe must have a teleological origin (Definition:  An origin which has a final goal instilled into it). Because of this, one must reject the philosophy of naturalism in order to be consistent.  Nagel doesn’t go as far as to turn towards Intelligent Design, but sees it now as a possible explanation (Though not the one he necessarily accepts)

Now, this book is small and was responded to negatively across the board.  Most people ripped the book apart, saying it was bad philosophy, bad science, and etc.  Big-name scientists like Stephen Pinker called Nagel out on it.  The Guardian called the book the “Most Despised science book of 2012”. Others declared it to be an excellent piece of work revealing the problems with Naturalism.

First off, I applaud Nagel for his choice of standing up for his belief in the teleological universe.  He took a stand that is against many of the Academic trends.  He is not the only atheist who has shown a doubt in naturalistic explanations for the world.  Agnostics and skeptics like David Berlinski and David Chalmers are just two names who have joined the Intelligent design movement in critiquing the modern notion of Darwinism and of Naturalism as a philosophy.

Now, before we get excited, we need to consider the actual reality of the situation:

Before creationists grow too excited, it’s important to see what Nagel is not claiming. He is not claiming that life is six thousand years old, that it did not evolve, or that natural selection played no part in this evolution. He believes that life has a long evolutionary history and that natural selection had a part in it. And while he does believe that intelligent design creationists have asked some incisive questions, Nagel rejects their answers. Indeed he is an atheist. Instead Nagel’s view is that neo-Darwinism, and in fact the whole materialist view elaborated by science since the seventeenth century, is radically incomplete.

So, Nagel hasn’t come over to the Dark Side yet.  And many bring some legitimate criticisms of this as a form of science.  Journalist Stephen Poole brings up some very interesting observations about the testability of his claim:

The problem for fundamental teleology as a scientific hypothesis is not that it is definitely not true, but rather that we currently have no ways to test for such regularities as might be theoretically promoted to teleological laws, or even any very detailed descriptions of what such laws might say.

Nagel himself doesn’t attempt a detailed description of teleological laws, leaving the task hopefully to creative scientists of the future. And yet, even if we grant the logical possibility of such laws, it seems open to us to criticise Nagel’s view from a decidedly less Panglossian viewpoint than his own.

The idea of teleology has historically been consistently seductive because it seems to grant purpose and meaning — if not to any individual human life, then at least to humanity’s existence as a whole. It is soothing to feel we are part of a story that will have a satisfying ending. Nagel, indeed, rejects many-worlds theories precisely on the basis that they are, as he puts it, ‘not sufficiently reassuring’. But what if, after all, it’s not about us? Might the apparent consolations of teleology break down on a longer view?

Poole notes that Teleology, without a purpose-maker, is pointless. It becomes an unexplainable phenomena, and it’s not possible to scientifically prove.  We can’t perform a test to see if  there’s a purpose to a certain species’ existence. At best, we can hypothesize or speculate.

But with the existence of a purpose-maker, everything begins to make sense.  It’s absolutely necessary for a God to exist in order to provide the required elements for a teleological universe.

So, applaud for Nagel, for he’s got it right.  Pray for Nagel, that he’ll keep seeking out the consequences of his ideas.  But most of all, remember that the universe is naturally designed with an end in mind. 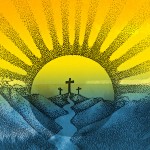 March 27, 2013 Easter Is Coming
Recent Comments
6 Comments | Leave a Comment
"Radford made a connection between Ender and Hitler.Another possible connection: Could Card have been referring ..."
Raymond Z ‘Ender’s Game,’ Genocide, and Moral Culpability
"Faith is the confidence that what we hope for will actually happen; it gives us ..."
Smiley M.M. Music Matters: David Bowie, Still Not ..."
""that many of us do not accept that a few cells of human DNA constitute ..."
myintx How I Changed My Mind About ..."
"No thought given to the unborn child whose life was 'silenced and oppressed'... sad."
myintx How I Changed My Mind About ..."
Browse Our Archives
get the latest from
Evangelical
Sign up for our newsletter
POPULAR AT PATHEOS Evangelical
1

Every Church Needs a Joker (And...
Roger E. Olson
Related posts from Christ and Pop Culture