Where Should Christians Buy Clothes?

The relatively recent food movement toward local, responsibly produced, and unprocessed foods is one example of a broader social movement afoot. We’re moving beyond simply conspicuous consumerism. People realize that their purchases matter and that realization has naturally extended into how we buy clothes.

And that leads to a certain tension. Should I buy only fair-trade clothing? Should I avoid fast fashion chains (like Forever 21 and H&M) that are said to use exploitative labor? Is it ever okay to spend more than $300 on a single item of clothing or a single pair of shoes? These are good questions that require more than a yes or no answer.

I’ve heard many thoughtful and smart people use different strategies of clothes buying. Many encourage thrifting and consignment as a way to be a good steward of limited resources and not directly contribute toward any socially irresponsible retailer’s bottom line. Many frequent discount retailers like Forever21 and Target to satisfy their need to be budget-friendly and on trend. Others shop at the mall for the convenience factor. As of yet, I have heard no Christian encourage the purchase of designer or luxury clothing. It would seem indescribably wasteful and privileged to recommend a shirt that costs more than some people’s rent.

In regard to couture fashion, author Rachel Marie Stone wrote the following about Oscar gowns:

The opposite of “modest” is not “sexually provocative,” but “flashy.” In the context of the Academy Awards, perhaps it’s not the skimpiness of the dresses that should alarm us, but rather the amount that they cost.

First, I couldn’t agree with Ms. Stone’s definition of modesty more. It seems an overlooked aspect of Paul’s words in 1 Timothy 2:9: “I also want women to dress modestly, with decency and propriety, not with braided hair or gold or pearls or expensive clothes.” She then goes on to say:

A better definition of Christian modesty might, in our context, have more to do with fair-trade clothing—or clothing purchased secondhand and mended again and again—than low-cut necklines. Most Americans wear clothes coming from China or Bangladesh, where conditions in garment factories are little better than they were during the days of the Triangle Shirtwaist Factory in New York City.

And this is where things get complicated. The irony of writing off the couture Oscar gowns while simultaneously encouraging fair-trade clothing is this: Couture is the ultimate in fair trade. They are made, from start to finish, by people who are paid a living wage and work in hospitable conditions. And not just the highly skilled seamstresses and tailors, but also the fabric makers, the couriers who deliver the gowns, the makers of the embellishments, and the people who sweep the thread and fabric scraps off the floor. No one is working 18-hour days, seven days a week, and still enduring crushing poverty.

Additionally, many (though not all) designer and luxury clothing brands operate in much the same way as couture. They produce their clothing in New York, Paris, or Milan, which ensures that they are held to regulations that protect their employees. Fair trade operates on similar guidelines, though not mandated by law, but by a fair-trade watchdog organization.

However, even the very rich are going to have a difficult time purchasing a couture gown, which can cost in the thousands of dollars. Even if we were able to spend that type of money, Paul’s exhortation on modesty should give us pause before shilling out the cost of a small car on a dress.

Yet, both designer and fair trade carries with it a bit of status and caché. Even supporting fair trade implies a bit of privilege. You’re educated enough to have heard about it and are able to pay a premium for it. Certain economists have leveled criticism at the fair trade movement that for a quasi-charitable organization, it pays a tiny percentage of its income out to producers and potentially prevents free markets from developing organically. Many of us can’t spend $600 on a designer dress made in the United States. But neither should we feel obligated to pay $80 on a fair-trade organic cotton tunic. Buying fair trade is a perfectly legitimate choice; however, its potential drawbacks should give us pause before making others feel guilty for not doing so.

And this is the part where I tell you what to wear and where to buy it so that you’re being socially responsible and supporting biblical principles. But the truth is, I don’t know. The global economy has made clothing manufacturing an immensely complex process with problems ranging from blatant abuse to unintended consequences. If I had to make a recommendation, it would be to buy high-quality brands secondhand, which cushions you against directly supporting any unsavory retailers and reduces waste.

Consciousness about clothing is a good thing but leads to a tangled web of tradeoffs, no matter what you choose to purchase. Yet, pride loves to masquerade as consciousness, patting our backs for not shopping at Forever 21 or smugly thinking about our sacrificial purchase of a fair-trade sweater. Consumer choices do matter, but we should recognize the privilege of having the knowledge and resources to make informed decisions about the clothing we buy. 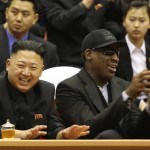 March 4, 2013 Beyond Color Blind: Why Race Still Matters
Recent Comments
9 Comments | Leave a Comment
Browse Our Archives
get the latest from
Evangelical
Sign up for our newsletter
POPULAR AT PATHEOS Evangelical
1