Surprise, Your Favorite Band is a Christian Band! Now What?

Surprise, Your Favorite Band is a Christian Band! Now What? April 18, 2013 Jason Morehead

BuzzFeed recently posted one of their list articles titled “11 Bands You Might Not Realize Are Christian,” which, as the title implies, lists several musical outfits whose faith might be a mystery to their fans. Frankly, the entire article strikes me as rather odd. For starters, if we’re talking about artists that people apparently had no clue were Christians, then using U2, Sufjan Stevens, and Evanescence as examples doesn’t make much sense since anyone with even a passing familiarity would likely have noticed Christianity’s role and influence in their music, etc.

Second, the article makes its case by quoting lyrics from the bands in question, and while some of the lyrics do contain explicit Christian references, that isn’t all that helpful, either. References to prayers for redemption, mentions of angels and Heaven, or saying that the devil is bad doesn’t necessarily tell us much about a band’s spiritual outlook, as these are — for better or worse — common tropes in literature, poetry, and music.

Third, there’s the fact that the very definition of what constitutes a “Christian” band is nebulous at best. Ask a bunch of people what it means to be a “Christian” band, and you’ll get different answers. For some, it might mean that most, if not all, of the bandmembers are Christian (and attend church, read and believe the Bible, claim Jesus as Lord, etc.). Or that they include explicitly Christian references in their lyrics. Or that they play a particular style of music. Or that they only perform in certain venues. Or that they have altar calls and present the Gospel at their concerts. Or that they’re on a “Christian” label. (And then, of course, there’s that whole “Christian band”/”Christians in a band” dichotomy, which adds another level of complexity to the debate.)

But let’s take a step back for a moment and approach this a bit differently. Let’s say that you suddenly found out your favorite band was a “Christian” band (or, at least, what you’d consider to be a “Christian” band). What are you supposed to do with that information? Should your estimation of a band change because of what you suddenly learn regarding their spiritual beliefs? Discovering something about a band’s (previously unknown) beliefs may grant you some extra insight into their lyrics and persona, and may give you even more appreciation for your favorite songs. But beyond that? What good, exactly, is that information?

If it seems like I’m being a bit too critical here, it’s because this article reminds me of an approach to music that I, along with so many of my friends, took when I was in junior high and high school. It was always a point of pride when we learned that some big, popular group was “Christian”: I still remember the thrill I felt when I learned about the Christian beliefs held by certain members of U2, who were my favorite band at the time. The band suddenly became one of “ours” and we could finally enjoy their music without any guilt or fear of rock n’ roll temptation. The quality of their music, their talent and artistry… these things suddenly became secondary to the fact that they were now “Christian” and “safe.” What’s more, Christianity became just a bit more cool, hip, and relevant — and so, too, did we, by extension.

Although we didn’t think of it in such terms back then, that sort of opinion only served to widen the sacred/secular divide, by positing that one more artist was now on our side (the “sacred” side) of the cultural divide. We hoped that more of our favorite bands would “come out” as Christian — not because we necessarily cared about the state of their souls, but because we wanted more good artists making our side seem cooler and more “with it,” culturally speaking.

Certainly, there’s something nice about learning that a beloved band shares your beliefs, if only because it might further confirm what drew you to their music in the first place. But there are times when I think that an artist’s spiritual beliefs should be considered secondary to the quality of their art, at least when we’re evaluating them as artists. (We should, of course, be concerned about their spiritual state, just as we would be for anyone else.)

For one thing, we should never give an artist a “free pass” simply because they share our beliefs — nor should we condemn and cast out an artist’s works simply because they don’t. Unfortunately, this is something that Christians are all too good at. On numerous occasions, I’ve had a band’s subpar, uninspired music defended to me for no other reason than because they were fellow Christians, and I’ve done the same. However, a band’s subpar, uninspired music shouldn’t be treated as a work of genius because we learn they’re our brothers and sisters in Christ. At the same time, there’s the temptation to use a band suddenly revealed as “Christian” as a way to prop up Christianity, as evidence that Christianity can be cool, too. Here, the artists cease being artists, and instead, become figureheads for Christianity’s relevance.

Ultimately, all art needs to be engaged with carefully, thoughtfully, and critically, and not simply consumed or rejected out of hand. This is true for any artist, regardless of what we might find out about their own beliefs.

April 17, 2013
Philosophers for Hire? “Marketable” Majors and the Question of Christian Vocation
Next Post 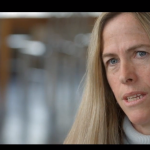 April 19, 2013 Notes from the Margins: Dove Makes us Feel Great in All the Wrong Ways
Recent Comments
0 | Leave a Comment
"Radford made a connection between Ender and Hitler.Another possible connection: Could Card have been referring ..."
Raymond Z ‘Ender’s Game,’ Genocide, and Moral Culpability
"Faith is the confidence that what we hope for will actually happen; it gives us ..."
Smiley M.M. Music Matters: David Bowie, Still Not ..."
""that many of us do not accept that a few cells of human DNA constitute ..."
myintx How I Changed My Mind About ..."
"No thought given to the unborn child whose life was 'silenced and oppressed'... sad."
myintx How I Changed My Mind About ..."
Browse Our Archives
get the latest from
Evangelical
Sign up for our newsletter
POPULAR AT PATHEOS Evangelical
1