Philosophers for Hire? “Marketable” Majors and the Question of Christian Vocation

When people joke (usually good-naturedly) about the perceived irrelevance of English majors (or other liberal arts degrees) in the current national and global economy, I smile and laugh along, though I have to admit that such considerations have always seemed rather distant.  I graduated as an English major at a small Christian college in 2001, so just before the various recessions of the past decade or so started kicking in.  No one in my memory ever counseled me to choose a more “marketable” degree; no one lamented my job prospects upon graduation; no one derided me for choosing a major that was frivolous or inconsequential.

Since the economic downturn of 2008 and following, however, there seems to be increasing pressure on college students to turn away from the traditional humanities majors toward more “practical” career options.  Some legislators in my own state of Florida have even toyed with charging lower tuition for those students entering STEM (science, technology, engineering, and math) fields, on the assumption that these majors will more productively assist the state’s economy and that students who pursue these career paths ought to be rewarded.

However, the logic that liberal arts majors are less desirable in the job market has been substantially questioned by many in the business world (as Andrea Kay does here).  Many employers in the current job market are looking for new hires who possess the type of critical thinking skills that are cultivated in humanities disciplines; training in the actual daily functions of a given occupation may be important, but the ability to examine and assess a task thoughtfully is also valuable.  For instance, the American Bar Association states on its official website,

Students are admitted to law school from almost every academic discipline. You may choose to major in subjects that are considered to be traditional preparation for law school, such as history, English, philosophy, political science, economics or business, or you may focus your undergraduate studies in areas as diverse as art, music, science and mathematics, computer science, engineering, nursing or education. Whatever major you select, you are encouraged to pursue an area of study that interests and challenges you, while taking advantage of opportunities to develop your research and writing skills.

Similarly, a growing number of aspiring doctors are choosing pre-med focuses in humanities majors, for many of the same reasons.  I have frequently seen examples of this tendency among family and friends.  My sister, who was an English major in college with me, went on after graduation to do work coordinating testing in a major cancer research hospital.  My wife majored in Linguistics with a concentration in Philosophy on her way to becoming a special education teacher.

In other words, far from being an abstraction or a liability, a liberal arts major in today’s difficult economic world might carry some distinct value.  Yet a major in English or Philosophy is hardly a guarantee of an instant job interview or an easily viable skill-set.  First, despite the apparent evidence to the contrary, many employers will be skittish about hiring people who do not have a specific major in their fields.  Nervous about bottom lines and immediate results, they might shy away from someone who lacks the direct training necessary for their arenas.  Moreover, while liberal arts degrees will tend to cultivate critical thinking or creative problem solving, they will not necessarily create those qualities.  Such majors may very well attract students who are already incisive thinkers, but students with limited interest in exploring the realms of thought raised in humanities courses will be no better prepared for the job market than they would have been if they majored in more pragmatic degree, and they will probably have had a miserable time at college along the way.

On a more fundamental level, the aspect of the conversation that I find most troubling is the trend of identifying college education as primarily a means toward securing a job upon graduation.  As Christians, ought we to regard our college degrees in this manner?  Of course, the university as we know it did not exist in biblical times; yet both the Old Testament and the New Testament clearly indicate that God places a high value on education.  In one of the most fundamental passages of the Pentateuch, Moses delivers God’s educational charge to the Hebrew people:

Education in God’s word is indeed not merely an occasional occurrence, but a habit, a way of life.  Luke’s gospel, when translating verse 5 of this passage, recognizes that the Hebrew word “heart” also encompasses the discreet Greek concept of the mind and translates the passage, “You shall love the Lord your God with all your heart and with all your soul and with all your strength and with all your mind” (10:27, italics added).  Nor is loving God with our heart/mind limited to learning the Bible (though Scripture is always the foundation of godly knowledge); the Bible itself frequently cites or alludes to other literatures, and the individuals in the Bible absorb this knowledge without drifting into dangerous syncretism.  Countless Biblical figures embody this intellectual ideal.  Moses clearly used his Egyptian education in crafting the Torah.  Solomon chose wisdom above all other gifts, and his learning is clearly evident in those works ascribed to him.  God gives Daniel and his friends the ability to master Babylonian literature (Daniel 1:17).  Paul’s “great learning” (Acts 26:24) allowed him to interpret Scripture in the light of Christ, to navigate the intricacies of Roman law, and to interact with advocates of Greek philosophy.  And while this list is comprised of the most notable heroes of faith, the approach to education enjoined by Deuteronomy 6 seems to include all God’s faithful worshippers.  Indeed, Judaism and Christianity were if not unique then at least exceptional in the premium they placed on book-learning.  Few other religions had sacred texts regarded as universally inspired by their gods.  The expectation in ancient Israel of literacy if possible, oral fluency if necessary, was remarkable among ancient cultures where generally only a small elite had access to writings.

This approach to education is “practical” insofar as it builds the characters of those learning, providing opportunities to grow in wisdom, discernment, and virtue.  Yet it is seldom tied to the Ancient Near Eastern “job market.”  Certainly, most people in Biblical times were “educated” in their various trades.  Men born into the tribe of Levi might learn priestcraft from their fathers.  Other occupations could also be learned across generations, as Joseph presumably taught carpentry or masonry to Jesus, or through a non-familial process of apprenticeship.  The kind of “higher education” that Scripture demands of all believers, however, is more foundational; it applies to the building of godly character in the men and women who participate, a character that ensures their jobs or trades will be performed diligently, ethically, worshipfully.

How does this relate to choosing a college major?  It suggests that job training, while significant, ought not be our primary factor in attending college in the first place, and then in choosing the focus of our studies.  First—and this is true whether or not a Christian even attends college—we are all called to be “educated” in wisdom and virtue, and while this type of education absolutely entails more than “book learning,” it certainly doesn’t entail less.  A thirst for knowledge and, through that, character formation ought to be universal among those who claim Christ as Lord over their minds.  A college education can be one significant means toward this educational end, whether pursued at a Christian institution or (as in the case of Moses or Daniel) in one that does not explicitly exist for the glory of God.  Moreover, Christians in college pursuing their education should give thought and prayer to their sense of vocation, endeavoring to discern whether or not God may have a call on their lives to a specific field.  Vocation in this sense goes much deeper than a job—it entails an avenue of work that God has equipped a learner to pursue.  Not all students will have single static vocations for their entire lives: some may be called to different fields at different points, some may not be able to exercise their vocations for a time, and some may not have a specific vocational call at all.  But it is worth investigating and should play a major role in discerning a career in the recently harsh job market.

I do not wish to appear callous to legitimate concerns in difficult economic times.  Christians ought to be responsible stewards of their finances and their abilities, and it would be shortsighted to ignore the implications of our choices in college for our financial futures.  Other concerns may also come into play.  First-generation college students, for whom a college degree may be a path out of poverty, might well weigh the market as a significant factor in selecting a major.  The same could be true of those who feel no specific call toward a particular vocation.  And the input of family—especially if they are paying some of the cost of education—should not be neglected.

Nonetheless, amidst very real and very serious economic worries, we must also learn to rely on a Heavenly Father who promises to provide for our needs if we seek his kingdom first (Matthew 6:33).  It seems to me that it would be a shame if Christians called to less marketable fields allowed themselves to be dissuaded from studying—yea, delighting in—their vocations out of such pragmatic concerns.  And it would also be a shame if those Christians who do major in Business or Nursing or STEM fields passed through an entire college education well-stocked with raw skills and job contacts but without ever having cultivated their characters in the process.  That may be learning, but it is not true “higher education” and may not be successful in God’s economy.

April 17, 2013
Justin Bieber & the Dangers of Being Famous too Early
Next Post 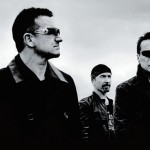 April 18, 2013 Surprise, Your Favorite Band is a Christian Band! Now What?
Recent Comments
0 | Leave a Comment
"Radford made a connection between Ender and Hitler.Another possible connection: Could Card have been referring ..."
Raymond Z ‘Ender’s Game,’ Genocide, and Moral Culpability
"Faith is the confidence that what we hope for will actually happen; it gives us ..."
Smiley M.M. Music Matters: David Bowie, Still Not ..."
""that many of us do not accept that a few cells of human DNA constitute ..."
myintx How I Changed My Mind About ..."
"No thought given to the unborn child whose life was 'silenced and oppressed'... sad."
myintx How I Changed My Mind About ..."
Browse Our Archives
Related posts from Christ and Pop Culture