Sometimes, amidst the explosions, one-liners, and frantic pace of our superhero movies, a memorably interesting image appears, however briefly. During my mostly entertaining two hours with Shane Black’s Iron Man Three (why Three, by the way?), one such image is Tony Stark sitting on the couch beside his Mark XLII suit, staring off into the distance. Part of a particular sequence in rural Tennessee that is my favorite in the film (one that I’ll return to momentarily), the image recalls one of the film’s early scenes at Stark’s cliff-hanging mansion. His girlfriend, Pepper Potts, arrives home to a greeting from Mark XLII, presumably inhabited for effect by Stark. But when Pepper tries to persuade the Iron Suit to remove its helmet for a kiss, she realizes that her playboy boyfriend isn’t present to her–isn’t even in the room. There’s tension between Pepper and Tony–collateral damage that stems from an increasing anxiety which haunts Tony since the New York alien invasion that was the climax of The Avengers. He’s panicked, sleepless, and has an added edge layering his characteristic smart-guy quips. Tony’s traumatic unease is a despair which in a sense separates him from himself. In turmoil, he doesn’t feel at home with himself, and this leads to friction at home with Pepper. As such, the images of Stark astray from his suit, though also simply indicative of potential combat usefulness, have a fairly clever significance about them in conveying Stark’s sense of alienation.

This alienation is not unrelated to Stark’s opening proclamation that “we create our own demons.” The “personal demons” idiom often relates to how our past can haunt us in various ways. And Iron Man’s Avengers PTSD isn’t the only history that’s creating turmoil in the hero’s life. The film opens with a flashback to a 1999 New Year’s Eve party in which a brash Stark is friendly with “Extremis” inventor, Maya Hansen–who is experimenting with regenerative treatment for people with crippling injuries. Most importantly, though, Stark and Hansen are engaged by a disabled scientist named Aldrich Killian, who invites the two of them to become a significant presence in his own company. As Stark regretfully recounts it, he told Killian that he’d meet him on the roof to discuss the possibility of collaboration. Except, of course, Stark never showed up. As you might guess, Killian–beset with various insecurities–remembers the slight all too well. So there’s a second sort of “demon” haunting Stark.

A third layer to the “we create our own demons” line is one that I won’t totally give away. Notably, though, there’s a terrorist named the Mandarin who is behind a series of bombings meant as morally punitive lessons for the United States. When one of Stark’s good friends becomes critically injured by one such bombing, Stark threatens the Mandarin on national television, even providing his home address so as to draw the terrorist out in the open. The reckless move leads to the mansion in shambles and lands Stark in Tennessee with a beat-up, malfunctioning Mark XLII suit. How is the Mandarin a “demon of our own creation?” Well, without ruining quite a bold, even humorous move on Black’s part, suffice it to say that sometimes “terror” is a manipulative tool used to incite the masses.

With this backdrop in mind, we have a hero who must endure these various crises not only to save people’s lives, but to come to a maturation and peace in which Tony Stark is Iron Man–or, all that Iron Man represents heroically speaking. I like, then, that much of Iron Man Three chronicles Stark doing his hero thing as Stark, or, sans his Iron Man suit. Most of these Stark heroics occur during the Tennessee sequence that I previously mentioned. The image referenced above of Stark sitting on the couch with his suit takes place in a family’s basement where he eventually meets a shrewd, premature ten year old boy named Harley. Stark and Harley’s gibing partnership is almost definitely my favorite part of the film. There’s an element here of jaded adult finding solace in young child, but Black also wisely resists the temptation to exploit this in a way that would be too easy. Instead, he manages to avoid making the encounter too self-serious by having both Stark and the boy employ sarcasm with one another at any sign of heartfelt sincerity. Oh, and Stark going stealth with makeshift weapons and a Dora the Explorer watch to catch the Mandarin is unexpected, endearing, and satisfyingly fun. It’s also the perfect transitional move from his time in Tennessee with Harley to the Mandarin reveal that’s coming.

Much has been written about scripting issues with the film. While finding the film entertaining on the whole, Steven Greydanus raises several problems with which I can’t really disagree, though most of which didn’t much bother me while watching the film. Namely, Greydanus smartly notes the problematic way that this film turns into a gag the sense in which Stark is partly responsible for foreign terrorism (I agree at least insofar as the truther element is annoying); he comments that the edgy violence isn’t really in concert with the film’s general lighthearted tone; and, most troubling for Greydanus it seems, is that Pepper’s role is again underwritten–a genuine problem if she’s the “soul” of the story. But there is one other script issue that Greydanus points out that I noticed right away during the film. And you should know that I’m the type of person to be more annoyed than satisfied with those videos that get passed around in which some clever fellow unlocks every conceivable plot hole in the latest action entertainment. Namely (spoiler alert): when Stark calls upon his roomful of Iron Man armor suits for backup in the climactic scene, you can’t help but wonder why one of those suits wasn’t summoned when Stark was rendered suitless because his primary one is on the fritz for a significant duration of the film. I’m sure some faint plausibility can be supplied, but in the midst of the film it sure doesn’t add up well.

So does Stark undergo some Act Three maturation? Find some sense of peace for his soul? Well, given the initial demon talk, it’s a clever line in the end of the film when Stark tells Pepper, after one unintentionally anti-climactic moment, that she “scared the devil out of him,” but I’m not sure that there’s a specific character development during the course of the film that’s sturdy enough to support the allusion to reconciliation. Yet, given the image I began with–and given that Stark’s sleepless nights consisted of fidgeting with new Iron Man suits–his manner of going “blank slate” for Pepper is a nice, if superficial, gesture within the film’s conceptual framework. Call it an enjoyable satisfaction which is perhaps too easily achieved. Besides, much as Tony Stark being Iron Man sounds nice, a sincere, well-behaved Downey Jr. seems positively inauthentic. Better to put the playboy on the psych couch, bantering away with Dr. Banner; in case you haven’t heard, there’s another Avengers on the way, and Bruce may need a friend to play provocateur with adolescent verve. Let’s face it: there are some demons here we probably don’t want exorcised. 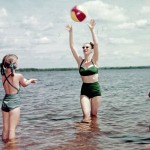 May 10, 2013
Why a New Wave of Complementarianism? Because The Old Wave Went Too Far.
Next Post

May 10, 2013 Augustine: Our Official Saint of Mother's Day
Recent Comments
0 | Leave a Comment
"Radford made a connection between Ender and Hitler.Another possible connection: Could Card have been referring ..."
Raymond Z ‘Ender’s Game,’ Genocide, and Moral Culpability
"Faith is the confidence that what we hope for will actually happen; it gives us ..."
Smiley M.M. Music Matters: David Bowie, Still Not ..."
""that many of us do not accept that a few cells of human DNA constitute ..."
myintx How I Changed My Mind About ..."
"No thought given to the unborn child whose life was 'silenced and oppressed'... sad."
myintx How I Changed My Mind About ..."
Browse Our Archives
get the latest from
Evangelical
Sign up for our newsletter
POPULAR AT PATHEOS Evangelical
1

One out of Five Families Is...
Cranach
Related posts from Christ and Pop Culture