Rev. is a Poignant Portrayal of the Life of the Church

Rev. is a Poignant Portrayal of the Life of the Church June 10, 2013 Guest Contributor

It seems that fictional pastors tend to be cut from one of two molds—often, they are depicted as either narrow-minded zealots (i.e. The Poisonwood Bible’s Nathan Price or Bioshock: Infinite’s Nathan Hale Comstock) or as paragons of unattainable heavenly virtue (i.e. Chaucer’s Parson). While a few writers such as Marilynne Robinson or Alan Paton have succeeded in creating pastoral characters whose human qualities are as admirable as their spiritual ones, such successes are few and far between.

That’s one of the reasons I’m excited about Rev., a British sitcom that is currently between its second and third series across the pond, and is available stateside via Hulu. Throughout its thirteen episodes, Rev. offers a window into the day-to-day life of Adam Smallbone (Tom Hollander), the bumbling vicar of St. Saviour’s of the Marshes, a struggling London church. While the show’s creators (and, indeed, Adam himself) often seem comfortable treading on the sacred in the name of comedy, at its heart, Rev. presents a striking picture of the Church as it is: an untidy community of deeply flawed people who worship a good and forgiving God.

This tension shapes nearly every relationship between the show’s characters; however, it defines none so much as that between Reverend Smallbone and Colin (Steve Evets), his most loyal parishioner. In many ways, Colin is the sort of person one would be surprised to find in a church: he’s homeless, a heavy drinker, lacks all sense of propriety, and at times even turns to other faiths, such as Rastafarianism and Buddhism, for meaning and acceptance. Though his devotion to Adam and St. Savior’s is unquestioned, it often leads him to outrageous acts, such as disguising himself in a burkah in order to catch thieves who have been stealing lead from the church’s roof. Most of the time, Adam finds himself working damage control for Colin’s actions.

And yet, as the series progresses, Adam’s friendship with Colin, growing largely through conversations over shared cigarettes behind the church, paves the way for his participation in the community of faith. For instance, near the beginning of the series, Darren, a charismatic youth preacher, insists that Colin be banned from the church after he misreads the kindness of Pip, a young female attendee, as flirtation. Rather than caving to Darren’s demands, Adam defends Colin’s right to remain a part of the Christian fold:

Darren: I want that man barred from this church.

Adam: I won’t do that, Darren. Colin’s been a regular here for fifteen years. Is there no chance you could forgive him?

Darren: We may well prosecute.

Adam: “’Lord, how many times am I to forgive my neighbor? As many as seven times?’ ‘Seventy times seven,’ said the Lord.”

Adam: Colin isn’t vital to anybody, Darren. Except God. And if God loves you, Darren, then he loves Colin just as much. Colin’s presence in this church is a blessing.

It’s moments like these that make Rev. such a poignant portrait of the life of the Church. When Colin is later baptized near the beginning of Series 2, the viewer shares in the sense of real accomplishment—such a sign of faith has been hard-won, and is all the sweeter for it.

Like its protagonist and the church to which he ministers, Rev. isn’t perfect—in fact, there are times when it’s downright offensive. Nonetheless, I found myself constantly drawn back to the crumbling sanctuary of St. Saviour’s week after week to watch the quiet drama of God’s love unfold. In a way, that’s what makes Rev. one of the best gospel stories being told today: its argument is ultimately that the Church is not a country club for the properly religious, but rather a vital source of life for the messy and the outcast.

Adam B. Marshall is a Ph.D. student at Baylor University, where he studies medieval literature and 17th century metaphysical poetry. In college, he considered a career in full-time ministry, and though he later shifted his emphasis to teaching college English, facilitating conversation between the literary and pastoral worlds remains one of his passions. Because of this, he especially enjoys studying works written by pastors (i.e. the poetry of John Donne or George Herbert) or works that feature clergy members as characters (i.e. Geoffrey Chaucer’s Canterbury Tales or G.K. Chesterton’s Father Brown mysteries). Adam lives in Waco with his wife Brittany and his two cats, Arthur and Guinevere. 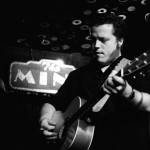 June 10, 2013 ELSEWHERE: Google Goes Wild for Sendak's Birthday
Recent Comments
0 | Leave a Comment
"Radford made a connection between Ender and Hitler.Another possible connection: Could Card have been referring ..."
Raymond Z ‘Ender’s Game,’ Genocide, and Moral Culpability
"Faith is the confidence that what we hope for will actually happen; it gives us ..."
Smiley M.M. Music Matters: David Bowie, Still Not ..."
""that many of us do not accept that a few cells of human DNA constitute ..."
myintx How I Changed My Mind About ..."
"No thought given to the unborn child whose life was 'silenced and oppressed'... sad."
myintx How I Changed My Mind About ..."
Browse Our Archives
get the latest from
Evangelical
Sign up for our newsletter
POPULAR AT PATHEOS Evangelical
1

Steven Furtick is the Most Dangerous...
The Chorus In The Chaos
Related posts from Christ and Pop Culture