Two topics seem to always be on the mind of the news sites; what teenagers are like, and how social media impacts us. But guess what happens when the two come together?  We get controversy.

And that’s what’s come about with the most recent story I found, which stated that teens are leaving Facebook. It all began when Josh Miller (the founder of Internet conversation-starter Branch) interviewed his 15 year old sister, who told him that as a teen, she doesn’t go on Facebook as much anymore.  This article spread across the Internet.    After reading this, marketers began to worry about where teens were going.  Was it another site?  Or was it away from social media altogether?

This pattern was reinforced in a report from a notable marketing firm.  The report that teens in general were losing interest in Facebook and social media in general, though Facebook was still the #1 network among the students.

If this shift is accurate, it seems rather odd, especially considering that Facebook’s total population hit 1 billion last year.

So, Why is Facebook losing the interest of the younglings? There are multiple theories going on with this.  But the most captivating theory has been marketer and writer Cliff Watson’s commentary on the topic.

Watson notes that Facebook has evolved from a young-person-only social network (College/high school students) to one being used by almost all age groups.  Facebook is used by parents to track their children, by employers to determine the character of their prospective employees, and by marketers to sell products to the mass audience This kind of activity might seem to be legitimate reasons for teens  to stop Facebooking.

If they [the kids] were giving up Facebook simply because their family was lurking, they’d replace it with a similar service where there wasn’t much of a chance of bumping into Grandma. Something like, say, Tumblr.

However, Tumblr and sites like it are losing the teen’s interest as well.  So, there must be something else going on.

Watson goes on to list a few partial reasons, including the presence of Cyberbullying, the reputation Social Media has currently (in regards to the Digital dualist’s bias towards social media), and the offerings of sites like Reddit and Stumbleupon.

But these still weren’t enough to explain away this pattern.  Watson believes that school environment and texting is fulfilling what adults look for in Facebook:

What is Facebook to most people over the age of 25? It’s a never-ending class reunion mixed with an eternal late-night dorm room gossip session mixed with a nightly check-in on what coworkers are doing after leaving the office. In other words, it’s a place where you go to keep tabs on your friends and acquaintances.

You know what kids call that? School.

For those of us out of school, Facebook is a place to see the accomplishments of our friends and acquaintances we’ve made over years and decades. We watch their lives: babies, job promotions, vacations, relationships, break-ups, new hair colors, ad nauseum.

So, texting is fulfilling the desires of teenagers in general, thus they give Facebook up.

Does this match up with reality?

As a college student who lives among his fellow sophmores, this seems consistent.  I know many students who have little activity on Facebook, but are quite active in their texting and in their Snapchatting, a service which allows you to share photos with another person for a set amount of time.  I’ve always found this to be an odd pattern of behavior.  Why would I do that? Why would I constantly text you when I could just do something else?

What this phenomena seems to be revealing is how students are so deeply invested in their communities.  Students want to be connected.  That’s naturally good. But they are also fueling a form of relationship that seems to be more focused on the shallow then on the deeper aspects of human relationships.  While they often seem to dwell more in the shallow end of social activities, they are still a beginning for teenagers to build truly deeper relationships with one another and the world. 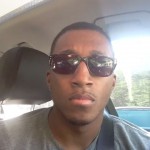 June 4, 2013 ELSEWHERE: Where Were You When The "Red Wedding" Happened?
Recent Comments
0 | Leave a Comment
"Radford made a connection between Ender and Hitler.Another possible connection: Could Card have been referring ..."
Raymond Z ‘Ender’s Game,’ Genocide, and Moral Culpability
"Faith is the confidence that what we hope for will actually happen; it gives us ..."
Smiley M.M. Music Matters: David Bowie, Still Not ..."
""that many of us do not accept that a few cells of human DNA constitute ..."
myintx How I Changed My Mind About ..."
"No thought given to the unborn child whose life was 'silenced and oppressed'... sad."
myintx How I Changed My Mind About ..."
Browse Our Archives
get the latest from
Evangelical
Sign up for our newsletter
POPULAR AT PATHEOS Evangelical
1