Sponsoring A Child Feels Great, But Does It Work?

Sponsoring A Child Feels Great, But Does It Work? June 17, 2013 Geoffrey Reiter

During my senior year of college, I heard somebody (a chapel speaker, I think) discuss the merits of investing one’s tithes or designated offering money into infrastructure and broader community projects. The speaker claimed that it was a better use of resources than the popular route of sponsoring individuals. Armed with this new knowledge, I hopped on the bandwagon and started talking with other classmates about the benefits of infrastructure — that is, until my roommate, who had grown up in the Dominican Republic, said, “You know, I was a Compassion Child.”

From that point on, I was sold on the idea of individual sponsorship. Of course, there can be tremendous significance in supporting larger-scale work in communities, but now I had demonstrable, personal proof that the model of Compassion International and similar agencies could work. Several years later in seminary, I began sponsoring a girl in India who I still sponsor and correspond with almost a decade later. I’ve been able to see concretely the opportunities for growth in her life, both materially and spiritually, and while I know I’m not some great American savior, swooping in to the rescue, it is hard to deny the real altruistic pleasure of being able to see firsthand the results of my giving.

Nonetheless, the nagging doubts still occasionally haunted me. I had personal and anecdotal evidence that Compassion International could produce true results, but if put to the test, would the numbers say the same thing? I was not alone in my misgivings. In this month’s cover story for Christianity Today, University of San Francisco economist Bruce Wydick discusses his own early ambivalent support of child sponsorship. Like me, he secretly feared that hard data might not corroborate the warm fuzzies inherent in the interpersonal model. So, he did what good researchers do: he conducted a study.

The bulk of the article traces his findings, which, if they prove valid, demonstrate that child sponsorship is not only effective but dramatically so. Wydick helpfully breaks down the data he and his team collected, showing not only the obvious indicators of increased quality of life and access to education but also a surprising observation: the extent to which the hope generated by the interpersonal model plays a key role in the process. As Wydick puts it, “[T]he patient nurturing of self-worth, self-expectations, dreams, and aspirations may be a critical part of helping children escape poverty.”

Every so often, the action that feels right actually is the right action, and so it seems that’s the case with organizations like Compassion International. As Christians, we are called to help our neighbors across the world and share the hope of Christ to those in need. Child sponsorship is not the only means of achieving these ends, but it is that delightful, rare case of a situation in which the brain and the heart can be in full agreement. You can feel extra good about giving, because the numbers back you up. 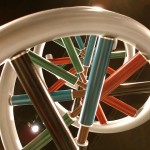 June 17, 2013 How to Write a Hugely-Popular Piece for Huffington Post Religion
Recent Comments
0 | Leave a Comment
"Radford made a connection between Ender and Hitler.Another possible connection: Could Card have been referring ..."
Raymond Z ‘Ender’s Game,’ Genocide, and Moral Culpability
"Faith is the confidence that what we hope for will actually happen; it gives us ..."
Smiley M.M. Music Matters: David Bowie, Still Not ..."
""that many of us do not accept that a few cells of human DNA constitute ..."
myintx How I Changed My Mind About ..."
"No thought given to the unborn child whose life was 'silenced and oppressed'... sad."
myintx How I Changed My Mind About ..."
Browse Our Archives
get the latest from
Evangelical
Sign up for our newsletter
POPULAR AT PATHEOS Evangelical
1

What I Learned from Designing Women...
Anxious Bench
Related posts from Christ and Pop Culture