What’s Up With The Mindy Project’s Sexy Christian Minister?

The Mindy Project has broken more than a few stereotypes in its single season, but none quite so intriguing as the character introduced in the episode, “My Cool Christian Boyfriend“ (episode 19).

Titular Mindy (Mindy Kaling) objects when a tall blond fellow (Anders Holm) blocks her from exiting a New York subway car with his massive cargo. Her protest leads to his flirtation. He reveals that he’s transporting bikes for kids in Haiti and that he’s a minister. She ends up with his name (Casey) and phone number.

And after a brief date, he invites her to his church. As an agnostic Hindu, she hesitates. But when she shows up at the church dressed for a Tyler Perry movie, she finds the service to be like a rock concert: with Casey stirring the congregation into uproarious applause. It doesn’t hurt that Moby is DJing the event. She’s taken by how cool his message is: “I hate God.”

For the rest of the episode, Mindy tries to prove to Casey that she’s not horribly selfish by serving at a women’s prison. Instead, she incites a riot. Casey and Mindy wind up at an impasse. The episode ends in ambiguity over whether or not things could work out with them.

The next time we see Casey on the show (episode 21, Santa Fe), he and Mindy are having pillow-talk after sex.

I wonder if I missed something.

Maybe I’m old fashioned and too steeped in my conservative Evangelical upbringing, but the idea of a pastor having sex with his girlfriend is not a light matter.

Moreover, it doesn’t seem like Casey has any conflict with his sexual activity. A few episodes later (episode 23, Frat Party) they’re having comically awkward sex in the shower.

I started to become convinced that the show’s just not painting a picture of a believable Christian character.

The Mindy Project doesn’t mind breaking a few stereotypes. Mindy Kaling wrote a slightly altered version of herself into the show, only changing her last name, profession, and a few details. She’s a gynecologist who occasionally gets arrested for getting drunk at her ex-boyfriends’ weddings and riding a bike into strangers’ pools. She also likes to buy every item on the movie theatre’s junk food menu for herself. The rest of the show’s characters get drawn with a slightly exaggerated grace, but plausible believability.

So I had to wonder: Is it a common-enough thing for single Lutheran city pastors to have sexual relationships (especially with those who are from completely different faith backgrounds) that it came up in this pseudo-autobiographical sitcom? I mean if this is completely implausible then of course this sitcom’s trajectory would be dropped into the sea of “nobody would ever do that.”

Or maybe it’s funny because there’s some truth to it?

I can’t imagine Mindy Kaling writes in a vacuum, but the earnestness of the show seems to draw from her real-life dating experiences. I couldn’t help but feel like the Casey character came from some level of real-world experience. I wondered: Is this some kind of norm for how the world sees some Christians now?

I sought out some Lutheran friends of friends to find out if this is far-fetched. One friend said, “The ELCA explicitly expects pastors to live in celibacy apart from marriage or its equivalent. But I’ve never heard of the ELCA making it an issue.” In other words, “Seems completely realistic to me.” Instead of starting an argument or disagreeing with how preposterous this sounded, I asked for more clarification on how this applies to a biblical perspective. My friend replied, “My opinion is simple: the Bible does not teach against premarital sex, so far as I can tell; and even if it did, when it comes to sex the Bible literally isn’t talking about what we’re talking about in terms of cultural practice and expectations.”

I was shocked. But I got the answer I was looking for. The character, Casey, as drawn on the Mindy Project depicted something that many folks didn’t find alarming.

At the end of The Mindy Project’s first season, in episode 24 (Take Me With You), Mindy is faced with a choice: let her Christian boyfriend go on a year-long mission trip to Haiti without her, or go with him.  Having gone on a few mission trips myself, I can’t imagine what it would be like to bring a hilariously selfish girlfriend along on mission trip to the most disadvantaged nation in the Western Hemisphere.

Maybe that’s why I’m so curious about season two.

M. Joshua Cauller spends his days making apps for phones and tablets. At night, he mentors teens at 18 South Youth Center in his hometown of Red Lion, PA. When he can fit it in, he writes about videogames. He loves Jesus, his wife, and his overly-talkative cat, MacGyver. 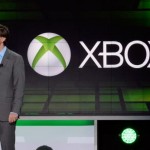 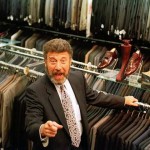 June 24, 2013 Football Season Changed Forever as Men's Warehouse Fires George Zimmer
Recent Comments
0 | Leave a Comment
Browse Our Archives
get the latest from
Evangelical
Sign up for our newsletter
POPULAR AT PATHEOS Evangelical
1