Yeezus: Kanye Has Something To Say, But Squanders Our Good Will

There was a time in the not-too-distant past where Kanye West’s celebrity and impact were deeply interwoven with the TMZ tabloid culture that mutually thrived from his antics. Sadly, West’s artistic triumphs served as bullet points under the heading created by his attitude and behavior in the greater pop culture consciousness. That’s not to say that the creative brilliance and social awareness of early albums like The College Dropout and Late Registration went completely unnoticed, but for the average Joe (or current American president), Kanye West the brand was synonymous with jackass.

In 2013, this no longer seems to be the case. For many, the shock value has worn off and West’s artistic abilities have become increasingly embraced and celebrated in recent years, even if the distractions remained. Instead of a full-on firestorm in response to the announcement of Yeezus, the collective reaction appeared to be one of intent anticipation and healthy curiosity. Perhaps this is the result of a populous that has become desensitized to West’s persona, but more likely, it’s because his voice has earned our attention.

If 2010’s My Beautiful Dark Twisted Fantasy proved anything, it’s that West’s self-awareness runs deep, as he delved into the crevices of his own psyche to confront his inner struggles. While it’s now clear that this self-awareness was not a one-off experiment, it’s certainly the only notable carry-over to Yeezus. Aside from the drastic musical shift from My Beautify Dark Twisted Fantasy, Yeezus marks a shift in both tone and purpose as well.

With our ears perked, West proves himself as blunt as ever. Even the minimalist packaging for the album declares as much – there’s no dog and pony show here, just the music itself. Topics range from race (“New Slaves”) to sex (“I’m in It”) to loss and regret (“Guilt Trip”) with a couple of West’s best punch lines and one liners thrown in for good measure. His motives are clear throughout and he doesn’t mince words. At the core of the record, he’s mad – mad that he doesn’t get the respect he deserves and mad that we undermine his greatness. This is the drawback of Yeezus.

At his best, West is aware of, and frustrated by, the idea of being content, spitting “Got the kids and the wife life / But can’t wake up from the night life / I’m so scared of my demons / I go to sleep with a nightlight”. More often than not though, he chooses to battle against an invisible notion of disrespect and disregard that he perceives from his audience at large.

This battle bubbles over on “I Am a God”, in which West argues for his own value to anyone who will listen, including himself. While this line of thinking may be appropriate in a certain context, West has transitioned from questioning to ferocious declaration with startling ease. The irony is that at this point, he no longer needs to defend his platform – he’s got our attention and his audience is listening. This fact alone leads to disappointment that West wasn’t more ready to make his point, at least not in the way he appeared to be capable of when he dropped The College Dropout.

There’s no denying the musical triumph of Yeezus – its brash melding of industrial and hip hop elements mix darkly and appropriately with the subject matter, and the resulting product is robust and captivating to the ear. Yet at the end of the record, we’re left wanting more in terms of substance. After all, the tongue-in-cheek demands for croissants and over-the-top sexual revelry can only elicit so many guffaws before the listener requires something more.

Kanye is fully aware of what he’s giving us with this record and almost seems to toy with the listener at times, coming ever so close to sincerity before bailing at the last moment in favor of irony and flippancy. His dismissiveness is a shame, since sincerity is an area in which Kanye West has thrived and, at times, proven candid and profound. It’s because of this that we want to take him seriously, but Yeezus only allows us that opportunity in much too small of doses.

We often listen to music because it speaks to us and prods at something deeper and more meaningful within us. Yeezus won’t strike that nerve for many, though West was more than capable of doing so. At the end of “Send it Up”, Beenie Man shares the poignant lines “Memories don’t live like people do / They always ‘member you / Whether things are good or bad / It’s just the memories that you have”. Whether Kanye West is aware of the forgiveness that’s been given by many of his former detractors remains to be seen. If he is and he can shift his focus back to the vision he seemed to have nearly a decade ago, he’ll be remembered as much more than a great artist, but as a great voice and a catalyst for social change. Let’s hope for that.

Kiel Hauck, the events editor for PopMatters, is an avid music lover, sports fan, and writer. He received his bachelor’s degree in Mass Communications from Northwestern Oklahoma State University and has spent seven years as a disk jockey. Over the past decade, he has been a contributor for Sphere of Hip Hop, Feed Magazine, and Christ and Pop Culture.  Kiel currently resides in Indianapolis, IN with his imaginary pet, Hand Dog.  You can follow him on Twitter. 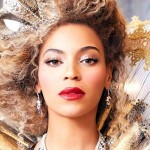 June 18, 2013 ELSEWHERE: How Will History View Tiger Woods?
Recent Comments
0 | Leave a Comment
"Radford made a connection between Ender and Hitler.Another possible connection: Could Card have been referring ..."
Raymond Z ‘Ender’s Game,’ Genocide, and Moral Culpability
"Faith is the confidence that what we hope for will actually happen; it gives us ..."
Smiley M.M. Music Matters: David Bowie, Still Not ..."
""that many of us do not accept that a few cells of human DNA constitute ..."
myintx How I Changed My Mind About ..."
"No thought given to the unborn child whose life was 'silenced and oppressed'... sad."
myintx How I Changed My Mind About ..."
Browse Our Archives
Related posts from Christ and Pop Culture