The Kiddy Pool: What’s In A Name, Mrs. Carter?

A few weeks ago, I introduced myself to another mother at my local library’s story hour. We knew each other’s children’s names, but could only refer to each other as “So-and-so’s mom.” It’s not my favorite thing to be called, yet it seems common at these children’s gatherings for adults to be known only by the possessive relational title of X’s mom/dad/grandma/grandpa, etc. I made some remark to the mother about how nice it was to know her name, since I see her regularly, and her response — that she didn’t feel it was important at all — surprised me. I couldn’t disagree more.

I remember going for a run shortly after my first daughter was born. I desperately needed the fresh air, the space, the solitude. At one point, I stood, watch stopped and waiting for the light to turn green, and realized I was swaying as if I were holding the baby. Early motherhood, for me, was filled with strange moments like that, where on the rare occasions that I went out alone, I felt compelled to tell strangers (but didn’t) at the grocery store that I had a baby at home. If she wasn’t with me, I felt like something was missing. I’m pretty sure these are telltale signs that a parent needs to get out more sans kids. It’s easy, especially in the early weeks/months/years of parenthood, to lose oneself in the process of care-giving. But for one’s identity to be subsumed by the child is not healthy for the parent or the child. And while I can’t possibly know whether that is the case for the mother at the library, it’s why I’d like to maintain a name of my own.

I was mulling over my many names when a friend and I started talking about Beyoncé’s world tour. Except it’s billed as Mrs. Carter’s world tour. Mrs. Carter is the name Beyoncé uses in her H&M ads as well, and it’s one name among many (individual and collective) that she’s used throughout the years: Beyoncé, Sasha Fierce, Destiny’s Child, and now Mrs. Carter. Each name tells a story. There’s the name that requires no surname, the alter ego to embolden a performer, the girl-group with a singular title, and the newest that signals her marriage to a performer who doesn’t even need his last name. Each name is also part of a performance, always public, a way of repackaging and rebranding Beyoncé’s music and image.

So what does it mean for the woman with first-name recognition to take on her husband’s moniker for her world tour? As Jane Martinson writes:

Over time, Beyoncé has not only allowed her personal life to become more public but decided to make family life her defining feature. For her sixth album, Beyoncé will be a mother, a devoted wife — a single lady no more.

I understand the way marriage and children can create a rift — an unalterable before and after that utterly changes who we are and how we view the world. Subjectivity is not that simple though, and I think Beyoncé knows that.

It’s not so much that we shed one name in favor of another, the way we try on clothes. It’s more that we layer them in an increasingly complex network of relationships. I didn’t stop being an individual because I had children any more than I stop being “mama” because my students call me “Dr. Newcomb.” I’m all of those thing at the same time, with my name dependent on the context. And while I don’t have a world tour (yet), my names are a kind of performance just like Beyoncé’s and just like the woman at the library. Our names tell us how we know ourselves, how we want to be known, and how close we’re willing to let others get to us. Names can initiate or obstruct intimacy.  And ultimately, all these names, all these performances, will fall the way of Sasha Fierce in favor of a true name from the Maker who sees us as we are, even if it’s not how we see ourselves. 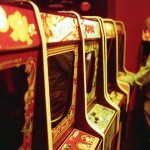 June 18, 2013
The Retro-Gaming Renaissance and the Democracy of the Dead
Next Post 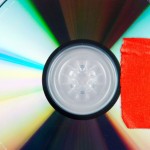 June 18, 2013 Yeezus: Kanye Has Something To Say, But Squanders Our Good Will
Recent Comments
0 | Leave a Comment
"Radford made a connection between Ender and Hitler.Another possible connection: Could Card have been referring ..."
Raymond Z ‘Ender’s Game,’ Genocide, and Moral Culpability
"Faith is the confidence that what we hope for will actually happen; it gives us ..."
Smiley M.M. Music Matters: David Bowie, Still Not ..."
""that many of us do not accept that a few cells of human DNA constitute ..."
myintx How I Changed My Mind About ..."
"No thought given to the unborn child whose life was 'silenced and oppressed'... sad."
myintx How I Changed My Mind About ..."
Browse Our Archives
get the latest from
Evangelical
Sign up for our newsletter
POPULAR AT PATHEOS Evangelical
1