The first time I played Candy Crush Saga (henceforth, “CCS”), I was hooked. Maybe it was the concept—a Bejeweled/Candy Land hybrid. Or perhaps it was the candy—I’m all about sweets. But my fun came to an end when I got stuck on Level 50-something—and it looked like I would need to buy some extra boosters to move forward. Frugality won out over sweets in this instance, and I decided my candy crushing days were done.

Gaming analysts would say my stint as a candy crusher was due to something more: A strategically designed game that draws users with its free-to-play model, hooks them with highly satisfying level-by-level play, and then owns them with coercive monetization—a currency model in the form of credits or gems for buying boosters and charms that let you advance when you are stuck (say, at Level 50-something). Candy Crush Saga’s use of coercive monetization is working, having captured a whopping 6,772,996 daily users (and another 100,000 added daily) and earning an estimated $632,867 a day.

How does a free game bring in earnings like that? According to a report by Rebecca Greenfield posted at The Atlantic Wire, “These companies hire psychologists to build ‘sticky’ games that the consumer will spend as much money and time as possible on them.” My resistance to purchasing Color Bombs ($.99), Wrapped and Striped Candies ($1.99), and Coconut Wheels ($3.99) to conquer new levels proves I am not the sort of player CCS was designed for.

Games like CCS depend upon whales: people who become so committed—addicted, perhaps?—to continuing the game that they will spend hundreds, even thousands, of dollars. Greenfield’s report explains:

“The spending sounds like its tied to some sort of addiction — for these people it’s not about winning, per se. Kyle, for example, was hoping to get a certain ‘keys’ in the hopes of getting a specific, “unusual” item that he just liked. Chris said he did it just to ‘feel a bit richer’ than I really am. ‘I might have an older car and a bit of a run down apartment, but online I’ve got all this nice swag that lots of people aren’t willing to spend on. It’s a nice way to make yourself feel special.’ “

Is this simply brilliant marketing by gaming designers or is it an unethical targeting of those with addiction-prone personalities? The question isn’t new but with CCS’s recent widespread popularity, the discussions have raged once again.

As with most entertainment options, moderation is needed for healthy enjoyment and proper life balance. Some people, however, are unable to monitor themselves. Just as some people drink too much alcohol, eat too many sweets, and gamble to the last dime, some people will pay to play Candy Crush Saga until they can’t cover their mortgage.

As much as this concerns me, I can’t pin the blame on CCS. When I read of the whales who are addicted to games like CCS and have lost all rational thought, I see the telltale signs of the Fall. CCS offers us what we so desperately lack—a sense of achievement and purpose. It is easy in the moment of play to think that we must pay to earn higher CCS status and to keep the adventure alive so we don’t miss its dose of achievement and purpose.

Saint Augustine was right in saying that we were formed for God, and our hearts are restless until they find rest in Him. Gaming—among other self-soothing distractions—offers a sort of temporary rest for the demons that plague our souls. Apart from God, it’s no wonder we pay to play games that are otherwise free; it’s no wonder we risk everything to earn a bit of status.

Like all pseudo-soothers, CCS gives a ready entry for Gospel conversations: through this game, we see the human heart’s great need for something greater than fleeting feats found in a virtual candy land. 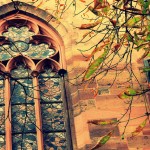 July 31, 2013
The Church Failed Millennials, Just Not In the Way You Think It Did
Next Post

July 31, 2013 ELSEWHERE: Our Digital Soap Opera
Recent Comments
0 | Leave a Comment
Browse Our Archives
get the latest from
Evangelical
Sign up for our newsletter
POPULAR AT PATHEOS Evangelical
1