The Day the Pastor Went Berserk

“Son, don’t go to sleep while I’m talking. Hey! Hey! … Don’t you lay your head back. I’m important. I’m somebody.” With those words on Sunday, May 19, Pastor Jim Standridge of Immanuel Baptist Church in Oklahoma became an unwitting internet star.

And he wasn’t finished.

On a roll, Standbridge blasted the male half of a couple whom the pastor said wanted him to marry them, then chastised others’ supposed personal sins — including a church video staff member. “He’s a grown man,” Standridge exclaimed, back at the pulpit. “That video room ain’t going to be a youth hangout.”

July 5, 2013
Elsewhere: Bringing the Tatooine Sky to Earth
Next Post 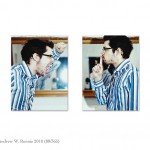