The Last Battle of The Civil Wars

The Last Battle of The Civil Wars July 26, 2013 Nick Rynerson

Joy Williams and John Paul White are one of the most surprisingly popular bands of the last few years. Undeniably talented songwriters whose sound has an almost Victorian, nostalgic aesthetic, the Civil Wars’ music is heartbreakingly melancholy and romantic. And that sound won them unexpected popularity, Grammys, and critical acclaim.

However sad their music might be, no one expected the full-fledged hiatus and tour cancellation following their success due to “irreconcilable differences.” But, you know, it happens. Bands split up all the time.

Yet in an unexpected twist, the duo is releasing another album. It has been well documented that they are not on speaking terms, but somehow they managed to pull another album out of the wreck that is their relationship.

Their relationship was never romantic, but the intimate nature of their songs makes it impossible to disconnect their relationship from their music. This isn’t like when The Eagles or The Kinks would go play their sets and then wouldn’t talk to one another after the show. Most bands that go through tough times together just grow in bitterness towards one another.

The Civil Wars relational breakdown is much more like Fleetwood Mac circa “Rumors,” where both couples in the band were going through bitter divorces and working it out through vulnerable songwriting. While there is no indication of actual divorce taking place among the members of the band, the songs The Civil Wars have released during the break-up era  ring of the same sensitivity and heartbreak. Keeping in mind the relational disharmony of the band, their new songs (streaming in part here on NPR) are almost the musical equivalent of looking at the wedding photos of a divorced couple.

Maybe one day they will tour again, or maybe they won’t, but the music that Williams and Jones have left behind attest to our deep need for relational reconciliation. As you listen to their album and think about their story, remember to cherish relationships that are so fragile this side of Glory. One day, all broken relationships will be fixed, but until then, cherish them.

Update: Added a line clarifying that the Civil Wars probably aren’t in the midst of actual divorce. 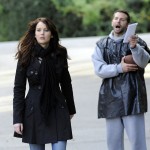 July 26, 2013
"Silver Linings" and Other Stories We Tell About Mental Illness
Next Post 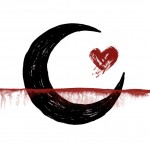 July 29, 2013 A Spirit of Fear: How Our Assumptions Get In the Way of Loving Our Muslim Neighbors
Recent Comments
0 | Leave a Comment
"Radford made a connection between Ender and Hitler.Another possible connection: Could Card have been referring ..."
Raymond Z ‘Ender’s Game,’ Genocide, and Moral Culpability
"Faith is the confidence that what we hope for will actually happen; it gives us ..."
Smiley M.M. Music Matters: David Bowie, Still Not ..."
""that many of us do not accept that a few cells of human DNA constitute ..."
myintx How I Changed My Mind About ..."
"No thought given to the unborn child whose life was 'silenced and oppressed'... sad."
myintx How I Changed My Mind About ..."
Browse Our Archives
get the latest from
Evangelical
Sign up for our newsletter
POPULAR AT PATHEOS Evangelical
1