Where Is My Mind: Neuromania And The Soul

Where Is My Mind: Neuromania And The Soul July 25, 2013 Guest Contributor

It seems every few months a colorful image of a human brain appears in the news, accompanied by excited headlines of a new breakthrough in neuroscience. The headlines suggest to readers that neuroscience can now do amazing things, such as explain spiritual experiences, or detect lying, or even help cure religious fundamentalism. The frequency and enthusiasm of these reports understandably causes many people to think brain scans can see our innermost thoughts, and that science will eventually be able to explain everything about human consciousness. But what media consumers don’t see is the heated debate that often follows these headlines. Each new advance in neuroscience raises the centuries-old mind-body problem—is the mind just an illusory effect of the brain, or is there something more to humans than just their physical bodies? Is there such a thing as the soul?

The most recent breakthrough of a high resolution, 3-D brain map is a perfect example of this routine. Surrounding the announcement has been heated discussions in both The Guardian and The New York Times. On the one hand, you have news reports suggesting neuroscience will eventually “unlock the secrets of the mind.” On the other hand, you have critics who claim that neuroscience is incapable, even in principle, of fully explaining consciousness, and they accuse those who believe it will of falling into “neuromania.” These are often followed by an apologetic rejoinder from a neuroscientist, who defends his or her discipline from the accusations of critics, and affirms the claims of the original news report, albeit in a more subtle and nuanced way.

To many, this dispute over neuromania and the mind-body problem may seem like an irrelevant, academic quarrel. But as people who traditionally believe in the existence of the soul, Christians naturally have an interest in this debate. As a Christian myself, I do believe that the soul exists, but not for purely faith-based reasons. As I will explain in a moment, there are excellent philosophical reasons to doubt the assumption that we are purely material creatures.

Our conscious experience of the world has an undeniably qualitative aspect to it.  For example, our experiences include things like the color of grass, the sound of a cello, or the feel of pain. Philosophers call these experiences qualia. The existence of qualia poses a problem for materialism (the view that everything is ultimately composed of physical matter). If materialism is true, if we are nothing more than physical brain-bodies, then the “neuromaniacs” are right; science will eventually be able to explain all of conscious experience in purely physical, scientific terms. The rather obvious difficulty with qualia, however, is they show that physical facts do not tell us everything.

A famous thought experiment helps to illustrate this problem. Imagine a scientist who has lived and studied her whole life in a black-and-white environment. She’s never personally seen other colors, but she knows every physical fact there is to know about them and the human brain—facts about pigmentation, wavelengths of light absorption and reflection, and how the various parts of the brain are stimulated by and interpret such wavelengths. According to materialism, she should know everything there is to know about our conscious experience of colors. But then imagine our scientist is allowed to leave her black-and-white environment and, for the first time, she steps outside and sees the world in all its variegated glory. “Oh, that’s what the color green looks like!” we can imagine her saying. Clearly, our scientist has now gained new knowledge that she did not have before, even though she knew all the physical facts prior to going outside. Thus, it seems the qualia of conscious experience gives us knowledge that is non-physical, and therefore outside the purview of science. It follows that materialistic “neuromania” is misguided, and we really are more than just physical brains.

It’s important to realize two things here: First, it is not just religious believers that think materialism is untenable. A number of non-religious philosophers, and even atheists, openly admit as much. For example, respected atheist philosopher Thomas Nagel has recently argued that the qualities of mind show materialism is false. Even ‘new atheist’ Sam Harris seems to agree that science cannot explain consciousness. Secondly, the non-physical nature of consciousness does not demonstrate that the soul exists, or that Christianity is true. It does show, however, that there is more to reality than just the physical, and that there is knowledge outside of science. That leaves the possibility of the supernatural wide open.

So, next time you see an image of a colorful brain scan in the news, followed by overly confident headlines, remember there is probably more to the story. Don’t fall into the trap of neuromania. Remember there is a heated debate behind the scenes; a debate that shows science is really no closer to solving the age-old question of the soul than it was hundreds of years ago. And no matter how detailed a map of the human brain we may create, it will likely never be able to locate your mind, or anyone else’s for that matter.

James Hoskins is a teacher, writer, musician, and philosophy geek.  He has a B.A. in Philosophy from the University of Missouri-Kansas City, and a M.A. in Science & Religion from Biola University.  James teaches philosophy and science classes at a private, college prep high school in the Kansas City area, where he lives with his beautiful wife and daughter.  When he’s not grading papers, he enjoys spending time with family and friends, as well as working on music and writing at his blog PhiloLogos.  You can find him on Twitter under @clumsybrute. 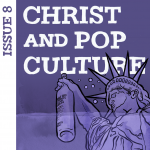 July 25, 2013 ELSEWHERE: Black-and-White Flight, or, Where Have All the Nuns Gone?
Recent Comments
0 | Leave a Comment
"Radford made a connection between Ender and Hitler.Another possible connection: Could Card have been referring ..."
Raymond Z ‘Ender’s Game,’ Genocide, and Moral Culpability
"Faith is the confidence that what we hope for will actually happen; it gives us ..."
Smiley M.M. Music Matters: David Bowie, Still Not ..."
""that many of us do not accept that a few cells of human DNA constitute ..."
myintx How I Changed My Mind About ..."
"No thought given to the unborn child whose life was 'silenced and oppressed'... sad."
myintx How I Changed My Mind About ..."
Browse Our Archives
get the latest from
Evangelical
Sign up for our newsletter
POPULAR AT PATHEOS Evangelical
1