Did you hear about that Evangelical pastor who got skewered on the Daily Show for claiming that Christians are bullied and gays beat up straights? Well, if you haven’t already, you should. In fact, you know what, just take a few to watch it:
http://www.youtube.com/watch?v=vv4dbLQGQYI&w=560&h=315

So, there you have it. Dumb Evangelical pastor Matt Slick gets shown up as a silly, bigoted fool for thinking that Christians are persecuted in our country. We’re the majority religion with hundreds of thousands of churches, presidents claiming our faith in the halls of power, so on and so forth. Christian fears are nothing but simple fantasy and an immature tantrum because, for once, they have to share power and rights with a real, persecuted minority. Slick is scared that he might actually get some push-back for saying horrible things against them. And that’s the whole story.

Except for it’s not–Slick has his own side to tell. Apparently the segment was one large exercise in misrepresentation and unfair mockery. In the lead-up to the interview, he was assured multiple times that he was not going to be misrepresented, edited, and that he would be given an opportunity to speak on the issue of media bias against Christian. He clarified specifically that he was not a preacher, but the head of an apologetics ministry (Founder and President of the Christian Apologetics and Research Ministry, www.carm.org), yet he was still identified as a preacher. He was told he was to have 1.5 hour interview that expanded to 3, likely because his answers weren’t as immediately bigoted or useful. He was then heavily edited and his comments about gay violence were taken out context to make him look like an ignorant, hell-breathing, buffoon, thereby proving media bias against Christians.

So, as Christians, what should we think about this?

Well, for myself, I partially feel bad for Slick. It looks like he went on with good-faith motives wanting to share the Gospel, speak wisely to a difficult issue, and got played. Apparently he’s come in for a ton of ridicule, crass name-calling, and unwanted attention that would be uncomfortable for anybody to go through. Being disliked is bad enough. Being disliked on the basis of misrepresentations and falsehood adds injury to insult.

That said, honestly, this shouldn’t have been a shock–it’s a pre-recorded segment on The Daily Show. The program is listed under “Fake News” on Comedy Central’s website. Misrepresentation and mockery is how the show works. It really doesn’t matter what they told you in the process leading up to taping the segment, there was a 100% chance that if you go on one of those things your words would be twisted, no matter who you are. While the show clearly has a generally liberal agenda, they kinda make fun of everybody at some point, the way South Park does. (Not that I’ve ever watched that devil-show…I’ve just heard things…) You have to know that going in.

With that in mind, we need to be cautious against overplaying the persecution narrative. As far as persecution goes, getting called names and being misrepresented in the general media is kinda low on the martyrdom-meter. Compared to our brothers and sisters around the globe who actually get imprisoned, beaten, tortured, and murdered for confessing the name of Christ, getting spoofed on a cable parody show is a light and momentary affliction. Again, this is not Rome, there are no Colosseums, trials, dungeons, etc. I’m not saying Slick was particularly foolish, but when Christians over-exaggerate level of hostility they face, or ignore the real history of Christians in power adding offense to the Gospel resulting in harm, pain, and, at times, violence against people with same-sex attractions, they predictably provoke this kind of response.

That said, critics shouldn’t be too quick to dismiss the charge of bias in media and cultural portrayals of Christians in general, or with respect to homosexuality in particular. It’s willful blindness to write off any suggestion of media bias or a popular culture grown increasingly antagonistic toward traditional Christian belief. Slick does have a point. Most thoughtful Christians have almost given up expecting anyone in mainstream news or media sources trying to accurately present our viewpoints on, well, just about anything anymore. Whether it’s ridiculous ‘historical Jesus’ presentations with nothing but Jesus Seminar scholars, or the token, nutbag conservative who is asked to weigh in on the abortion debate, there is a definite tilt in the way these things are reported. There are narrative preferences that make some stories, say Westboro Baptist, ‘newsworthy’, and others, not so much.

Which leads us to the last and main point: Christians, be wise in your cultural engagement. Jesus told his disciples to be gentle as doves and cunning as serpents, because he was sending them out as sheep among wolves (Matt. 10:16). In general, Christians need to be more aware of their audiences and exercise prudence when discussing these issues. It is precisely because we are not dealing with neutral or positively-disposed hearts, but often-times ones ready to take offense and give it, that wisdom is needed. As Paul tells us, “Walk in wisdom toward outsiders, making the best use of the time. Let your speech always be gracious, seasoned with salt, so that you may know how you ought to answer each person.” (Col. 4:5-6)

While we are to always speak graciously, occasionally walking in wisdom towards outsiders is going to look like turning down “opportunities” like these. 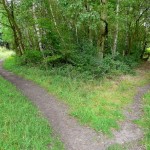 July 18, 2013 Rachael Slick's Deconversion and the Two Paths of Life: Dead Logic or Living Joy
Recent Comments
0 | Leave a Comment
"Radford made a connection between Ender and Hitler.Another possible connection: Could Card have been referring ..."
Raymond Z ‘Ender’s Game,’ Genocide, and Moral Culpability
"Faith is the confidence that what we hope for will actually happen; it gives us ..."
Smiley M.M. Music Matters: David Bowie, Still Not ..."
""that many of us do not accept that a few cells of human DNA constitute ..."
myintx How I Changed My Mind About ..."
"No thought given to the unborn child whose life was 'silenced and oppressed'... sad."
myintx How I Changed My Mind About ..."
Browse Our Archives
get the latest from
Evangelical
Sign up for our newsletter
POPULAR AT PATHEOS Evangelical
1