It’s risky to start saying, “This person’s rejection of faith could have been avoided If Only …”

Still, if someone says her father was a relatively well-known apologetics group founder, and she memorized all the debate points but now rejects Christ, let’s take heed.

Faith rejections have many causes. One may be sincere appraisal of other religions. Another may be an opposition to Christian sexual ethics (as Tim Keller suggested). But in her Monday column for Friendly Atheist, Rachael Slick emphasized her apologetics-based upbringing — an upbringing that backfired.

Having a dad highly schooled in Christian apologetics meant that every question I brought up was explained away confidently and thoroughly. Many times, after our nightly Bible study, we would sit at the table after my Mom and sisters had left and debate, discuss, and dissect the theological questions I had. No stone was left unturned, and all my uncertainty was neatly packaged away.

But she wouldn’t trade what she says was her homeschool-based, fact-heavy education:

[W]ithout that childhood, I wouldn’t understand what freedom truly is — freedom from a life centered around obedience and submission, freedom to think anything, freedom from guilt and shame, freedom from the perpetual heavy obligation to keep every thought pure. Nothing I’ve ever encountered in my life has been so breathtakingly beautiful.

Freedom is my God now, and I love this one a thousand times more than I ever loved the last one.

In his opening chapter of his nonfiction Word Pictures, he describes where this craving led.

Over the years, as I pursued an emphasis on rational discourse almost exclusively in my spiritual walk, I noticed in myself a tendency toward reducing everything to logical debate. I became argumentative. Encounters with unbelievers and even believers would seem to always end in cognitive dispute.

Yet so far, the path of Godawa’s life story has taken a different turn from Slick’s.

I began to discover just what was lopsiding my Christianity and my communication. It was my devaluation of imagination. I had become logocentric. I had privileged rational discourse as the ultimate means of discerning truth and neglected the legitimacy of emotion and imagination in understanding God. Reason had become a sort of idol to me. And it was not well with my soul. . . . Some Christians have tended to be so word-oriented that they border on rationalism and distrust the use of imagination, deeming it an idol tool of the devil’s workshop.

Now, being respectful of Slick’s stated motives, I have to ask: “Were you taught to enjoy the love, wonder, and imagination that Christ and His Gospel bring to the world, to human life, and to the art and stories we enjoy for God’s glory? Or were these joys taught as optional, lesser, and at best frivolous in the mechanical, law-and-debate-based Christian life?”

And for all who love apologetics arguments, I would ask: If we only enjoy fighting pagans in this world, how are we preparing for the next?

We will not argue with atheists on the New Heavens and New Earth. So let us not act as if apologetics is the “chief end of man.” 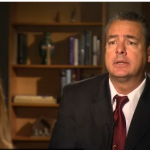 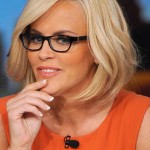 July 18, 2013 'Popular Science' vs. Jenny McCarthy, or, How Not To Engage In Cultural Dialogue
Recent Comments
0 | Leave a Comment
Browse Our Archives
get the latest from
Evangelical
Sign up for our newsletter
POPULAR AT PATHEOS Evangelical
1

People Are Excited about a New...
Ponder Anew
Related posts from Christ and Pop Culture