‘Who Are You Sleeping With?’ My Conversation with Timothy Keller

So, I was talking to Tim Keller this week when the topic of sex came up…no, wait, that’s not right.

Let’s reframe that without me lying. I managed to snag a ticket to the Gospel Coalition’s 2013 National Conference this week and sit in on a breakout session on the subject of revival by Dr. Keller. He gave a brief recap of some of the material in his recent book Center Church: Doing Balanced, Gospel-Centered Ministry in Your City for those who hadn’t encountered it yet.

In a nutshell, his view of revival is that it is an intensification of the ordinary operation of the Holy Spirit in conviction, assurance, regeneration, and sanctification. He says, “You will see sleepy Christians waking up, nominal Christians being converted, and hard to reach cases being extraordinarily converted.” The marks of revival will include:

Of course, there was more to it than that, but for those of you who are really interested, I suggest picking up the book—it really is must-read stuff.

Now, I happened to be one of the lucky few to ask Keller a question after the session (at a distance…on a microphone) and seeing as how he’s probably the most astute cultural observer I know of working the pastorate today (aside from our own staff here at CaPC), I stumblingly asked him if he could identify a couple of the major obstacles for our current culture when it comes to the seeing revival or spiritual renewal in the church, especially with respect to repentance.

Drawing on his experience in urban, culture-shaping Manhattan, Keller responded that one of the biggest obstacles to repentance for revival in the Church is the basic fact that almost all singles outside the Church and a majority inside the Church are sleeping with each other. In other words, good old-fashioned fornication.

Some might initially balk at the suggestion: “Really? Almost everybody outside the Church? Most inside?” Yup.

Lest anyone think Keller is giving in to typical preacher’s tendency for over-exaggeration, his claim can be backed up by the latest in sociological research. Even if we don’t get suckered into falling for bad statistics, the picture isn’t pretty. For instance, Mark Regnerus and Jeremy Uecker tell a concerning tale in Premarital Sex in America: How Young Americans Meet, Mate, and Think about Marrying, that something on the order of 90% of young Americans will experience intercourse before getting married, and certainly a majority of Evangelicals have, at some point, had sex outside of the bonds of marriage, even if they’re currently repentant.

Others might not be surprised at the sheer amount of fornication but might still be asking, “Sex? Really? That’s the big hang-up? What about intellectual objections from science, or post-modern philosophy, or the church’s history of violence, or our consumerism and greed?”

Those are all there, absolutely, but just ask any college pastor and they’ll tell you the same thing. Just as C. S. Lewis wrote in Mere Christianity all those years ago, there are few of Christianity’s teachings more offensive, unpalatable, and likely to drive people away from hearing the Gospel than its sex ethic. Many college students and young adults don’t want to turn to God, or at least not the kind of solid God you find in the Gospel, because He has opinions on sex we find restrictive.

Culturally that’s just where we’re at.

“So Who Are You Sleeping With?”

Keller illustrated the point by talking about a tactic, one that he admittedly said was almost too cruel to use, that an old college pastor associate of his used when catching up with college students who were home from school. He’d ask them to grab coffee with him to catch up on life. When he’d come to the state of their spiritual lives, they’d often hem and haw, talking about the difficulties and doubts now that they’d taken a little philosophy, or maybe a science class or two, and how it all started to shake the foundations. At that point, he’d look at them and ask one question, “So who have you been sleeping with?” Shocked, their faces would inevitably fall and say something along the lines of, “How did you know?” or a real conversation would ensue. Keller pointed out that it’s a pretty easy bet that when you have a kid coming home with questions about evolution or philosophy, or some such issue, the prior issue is a troubled conscience. Honestly, as a Millennial and college director myself, I’ve seen it with a number of my friends and students—the Bible unsurprisingly starts to become a lot more “doubtful” for some of them once they’d had sex.

And it makes sense, right? When you’re engaged in behavior you’ve been raised to believe is wrong, but is still pretty fun, more than that, powerfully enslaving, you want to find reasons to disbelieve your former moral convictions. As Keller pointed out, Aldous Huxley famously confessed in his work Ends and Means that he didn’t want there to be a God and meaning because it interfered with his sexual freedom. While most of our contemporaries haven’t worked it out quite as philosophically as Huxley has, they’re spiritually in much the same place.

Illicit sex is an idol in our generation that cannot be ignored, but must be dethroned if the worship of the true God is going to fill the Temple of His Church.

If the Evangelical church, and really the Church in general, is going to see serious spiritual renewal, especially among the younger generations like the Millenials, Keller says we need to be ready to speak to the issue of sex—not in a shaming fashion, but confidently calling to people to repentance. People have to be humbled but we do not need to beat them down. You can’t just hit them over the head with the Bible. First, because it’s pastorally ineffective, especially with particularly tender consciences (or rock-hard ones). Second, that’s exactly what people are expecting culturally: harsh, judgmental, prudish Christians.

Instead, Keller says we need to present an alternative view, a view of sex that is beautiful, but different than the one offered in the dominant cultural narratives; affirming of the goodness of sex, but presenting it within a God-intended framework that imbues it with meaning and value. To do this, we have to walk a tight-rope: Christians can’t be too scared to engage that we come off awkward or uncomfortable, or too lascivious and creepy in a misguided attempt to be relevant. I think many of us who’ve been in youth groups in the past 10 years can think of that one sex talk that just got a little too creeper-status going through the Song of Solomon. No, we must wisely and winsomely give testimony to a biblical vision of sexuality that persuades as well as allures—or rather, persuades by alluring.

Hoping for an Augustine or Two

The great Bishop Augustine of Hippo’s issue was sex. In his Confessions, he wrote that his early prayer in the midst of his struggles of faith was: “Lord, Give me chastity, but do not give it yet.” Prior to his conversion he testifies that he was bound fast by chains of lust and “concupiscence” and yet, by God’s grace, he was called through, among other things, the powerful preaching of repentance of Bishop Ambrose, the example of friends, and by taking up and reading the words of the Gospel in Romans, set free to become one of the Church universal’s most fruitful and influential theologians and churchmen.

We do not know who God might be calling us to present with the Gospel’s call to sexual holiness. Keller’s challenge is for the Church to humbly but boldly call the Augustines sitting in our pews and local city coffee shops, bound fast in sexual sin, to turn and repent by the Spirit’s power to the true liberty of the Gospel. Only when Christians are courageous (and wise) enough to deal with our sex issues will we see “sleepy Christians waking up, nominal Christians being converted, and hard to reach cases being extraordinarily converted”—in other words, revival.

Please note this clarifying comment by Derek before commenting. 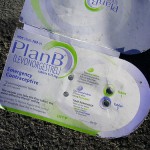 April 11, 2013
Who Do We Blame for the Emergency Contraceptives-for-Kids Ruling?
Next Post 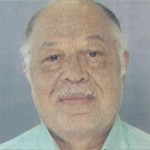