Kathy Tyers has more reasons than most to track the development of the new Star Wars films.

While Disney may be the franchise’s new owner, able to continue its story in film, Tyers was among the first authors to explore that world officially after the (chronologically) final film, Return of the Jedi. At the recent Realm Makers conference for Christian fantasy writers and fans, she wonders aloud: Will the new films keep Luke Skywalker’s marriage that Tyers happily supported, and her role as Mrs. Skywalker’s literary “midwife”?

Tyers says she doubts it. The new films will likely consider the Star Wars novels’ events as alternate timelines, bypassing Tyers’s The Truce at Bakura (1994) and Balance Point (2000).

But Tyers is no stranger to rewriting her novels. During her 30-year career, she has adapted two of them for Christian markets. But more recently, she says, she is revising even more after God — through the teaching of J.I. Packer and others at Regent College in Vancouver — rebooted her real world.

From Firebird to Star Wars

In the 1980s, Tyers — a musician, microbiology major, and teacher — took up writing. Her first stories based on Star Wars soon grew into her own world; she brightens at the mention of writing for Luke Skywalker. But “I like my own hero better!”, she quickly adds with a laugh.

Bantam Books published Tyers’s first two Firebird novels. Those follow the journey of Lady Firebird, whose lower birth order on the planet Netaia condemns her to honorable death in combat. But she is rescued by her enemies and challenged to leave her own rigid society.

Tyers wrote other space operas and “hard” SF, and was eventually invited to become a Star Wars author.

Later a Christian agent also suggested republishing Firebird for evangelical markets. Tyers expanded the conversion storyline and themes of a special people awaiting its messiah, and followed those themes in a third Firebird book from Bethany House, Crown of Fire.

But Tyers is more critical of her other novels that she’s now rewriting. She explains that in One Mind’s Eye,

[W]e find out that a parasitic alien race actually exists on this higher plane of imagery, and there they spend all their time in this inner world, singing and dancing and giving glory to God in their own way. They’re totally unbodied.

I had no idea how Gnostic I had become, as essentially a person coming of age spiritually in North American consensus evangelicalism, until I got to study at Regent College.

For Tyers, the term “gnostic” meant valuing “spiritual” concepts over “physical” ones in her novels. But it also refers to her own escape into fantasy worlds during heartbreaking trials.

“I had my fiction, I had my imaginary universe,” she explains. “To me it was just as real or just as significant because after all, God is Spirit, and we worship Him in spirit. Spirit, spirit, spirit!”

Tyers now laughs at that notion. And when recalling her time at Regent, she lights up again.

Packer and the other Regent teachers “started challenging some of my assumptions,” she says. “I basically had my theology deconstructed right down to the rock bottom of what’s in the pages of the Bible, and a whole different way of looking at it.”

That included re-evaluating her views of what Christians expect in eternity. “As a new widow, it was important to me to know… God exists in heaven permanently, all right? But is that our permanent dwelling?

“My time at Regent gave me a better confidence in… the imagination’s part of what God has given us,” she continues. “And that it’s okay to be speculative if it’s done reverently.”

That renaissance inspired Tyers to resume writing, now with her worlds transformed.

“I had thought that my calling post-Regent was going to be a crusader for fine poetry or something else about which I know nothing,” she says. “And to feel very strongly called instead to write a fourth book in the Firebird trilogy… I was delighted because there was nothing that I would have liked to have done better.”

Tyers wrote that fourth Firebird novel as a master’s project. “The first priority for Wind and Shadow was to make it good art,” she says. “Not just a sermon masquerading as a story.”

Then came Daystar, in which (slight spoiler) the long-awaited savior finally arrives.

But in her years of fiction criticism, she has read many poor fantasy-fiction-messiahs, often with clichéd miracle checklists: walking on water, raising people from death, and such. She was eager to avoid those evangelical tropes.

“The theory behind the messiah in Daystar is: If the same God appeared under very different circumstances, and was expressing the same character, the same personality, how would He express [Himself]?” Tyers says.

Still, “it was scary to put words in His mouth. And if I blew it, forgive me! I think He will.”

With the Firebird world concluded, Tyers wants not only to revise her existing stories, but explore new ones. Her next project involves a diverse group of Christians and a hidden “unfinished angel,” a phrase that brings “oohs” from the conference’s audience, myself included.

“I do not believe in putting preachiness in my books,” Tyers tells me. “But I do believe that the themes that come from me, the ideas and the characters and the ways they behave, will grow out of my Christianity.”

I reply that even Star Wars echoes God’s truths, such as “Vengeance is mine, saith the Lord.” When Luke refuses to be vengeful like his enemy, the story itself steps in to punish evil.

Exactly, Tyers says, and adds that in George Lucas’ own childhood, good-versus-evil themes were strong in the World War II movies he loved — enough to overrule other religious impulses. “Culture was so permeated with [Christian themes] that you were really taking a risk by even speculating on a different direction,” Tyers says.

“Now we’re kind of taking a risk by going back to speculating in a more biblical direction.” 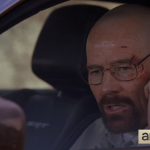 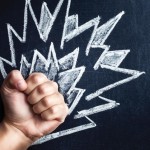 August 21, 2013 Why the Powerful Often Lack Empathy
Recent Comments
0 | Leave a Comment
"Radford made a connection between Ender and Hitler.Another possible connection: Could Card have been referring ..."
Raymond Z ‘Ender’s Game,’ Genocide, and Moral Culpability
"Faith is the confidence that what we hope for will actually happen; it gives us ..."
Smiley M.M. Music Matters: David Bowie, Still Not ..."
""that many of us do not accept that a few cells of human DNA constitute ..."
myintx How I Changed My Mind About ..."
"No thought given to the unborn child whose life was 'silenced and oppressed'... sad."
myintx How I Changed My Mind About ..."
Browse Our Archives
get the latest from
Evangelical
Sign up for our newsletter
POPULAR AT PATHEOS Evangelical
1