Spoiler warning. This article talks about the ending of several video games.

The man they call Master Chief has another name. In the first-person shooter franchise, Halo, the protagonist’s real name is John 117, an apparent reference to John 1:17, the biblical verse that reads, “For the law was given through Moses; grace and truth came through Jesus Christ.” In the Mass Effect series, you can name your character whatever you like, they can be male or female, and you can alter their facial features and history. And yet the hero’s last name, Shepard, cannot be changed.

Both of these games feature protagonists that seem to be intentional Christ-figures. Like Aslan, Gandalf, and Harry Potter before them, Shepard and John 117 find themselves in a position where they must sacrifice their lives for the world. John 117 becomes a means of grace for all of humanity. Commander Shepard dies that the world might live. These are martyrs, noble men who give their lives for the sake of so many others. They demonstrate a Christ-like selflessness unlike any seen before.

The truth is, those Christlike ideals are represented in maybe the last five to ten minutes of these games, and the player doesn’t interact with these scenes as much as they watch them. The foreshadowing that leads to these moments is weak, if it exists at all. These are tacked-on cinematics meant to wow the player and reward them for their hard work with a narrative payoff.

As games mature, even the biggest and dumbest of mainstream titles feel the urge to push the envelope narratively, to embrace a story that might shock and even dismay the player, but that will create a lasting impression. These games borrow a timeless, archetypal narrative in an attempt to convey a resonance, but that resonance is shallow and temporary.

After all, the traditional videogame hero is characterized less by sacrifice and more by the ruthless and mechanical way that he (and occasionally she) lays waste to his enemies. For Mass Effect’s Commander Shepherd, it’s a slightly jarring transition. While reasoning and empathy are characteristic of Commander Shepherd, his or her journey always felt strangely self-centered and pragmatic. And when it came down to it, Shepherd rarely had a problem pulling out a gun for the purpose of self-defense.

For the Halo series’ John 117, the contrast is almost comical: an entire franchise of combat leading to more combat. The singular way Halo’s protagonist solves problems is through brute force, the ruthless destruction of all who get in his way. Beyond that, he is a passive operative, taking orders not from God but from those who command extra-worldly armies. He must not only trust, but he must destroy others based on a blind trust of those who know the bigger picture. For the player, the game is a combination of running, shooting, dodging, and waiting for opportunities to do that some more.

Both of these stories are, to say the least, a far cry from the model provided by Jesus, a story characterized by a life of humble emptying, of foregoing earthly power rather than dispensing firepower into the brains of his enemies. Jesus spent his time producing wine and fish and healing those in need, not running around looking for health packs for himself. He spent his time proclaiming truth, not listening for it to be whispered to him in his headset.

Two other hugely popular games from last year, Assassin’s Creed 3 and Far Cry 3 also presented us with Christ-figures of sorts as protagonists, but with a knowing wink. Both games acknowledge the inherent contradiction of a violent videogame protagonist suddenly seeing it fit to die for humankind.

When given the opportunity to save humanity, Assassin’s Creed 3’s Desmond dutifully rejects the opportunity because it would result in his legacy being passed down to generations as a savior of the world. “You will be regarded first as a hero, later as a legend, and in time, as a god. It is the cruelest fate, to have written words that were meant well, and see them made wicked and unwise.” Desmond wouldn’t have it, so he passed that opportunity up. “There’s no hope there,” says Desmond.

Far Cry 3’s Jason finds himself on the other end of the spectrum, under the spell of his own savior complex. After spending the entire game blowing things up and taking guys out, it’s no surprise he feels able to take on the entire world. He alone can save this island and its natives, he convinces himself. In a mind-spinning series of events that seem to exist merely to illuminate the ludicrous nature of Jason’s savior complex, the game gives Jason a choice: leave the island and its violent ways, or live the life of the salvific warrior. If Jason gives himself up to the island, the island sacrifices him – not willingly, but out of nowhere. “You won,” says the tribe’s leader. Jason has saved them through his own sacrifice – but in Far Cry 3, there’s no honor in that. Jason’s death is merely one in a long string of deaths, although most of them doled out by Jason himself.

What both of these games have in common is their extreme self-awareness. They admit to themselves and the player the problematic nature of a hero rising to power through constant and consistent violence. In both games, the principle is clear: no leader who rose to power through force can be a pure and spotless sacrifice for the world. In some inevitable sense, their act of selflessness is a perversion, a warped and empty gesture. Assassin’s Creed 3 attempts to make a larger point about the nature of Christ through clever parallels, though their critique is tired and unconvincing. Far Cry 3 is much more interested in critiquing itself and games like it. Jason represents the regular game player, the one who spends a significant amount of time shooting and destroying in the name of arbitrary stakes.

A quick overview of these major game franchises may cause one to think that videogames are the worst possible medium to convey the story of an honest-to-God Christ-figure, and I would have been inclined to agree. That is, until I played one of the most surprising games of the year: The Walking Dead.

Based on the world of The Walking Dead graphic novel series, this series of episodic adventure games follows Lee Everett as he navigates through a zombie-infested world. In the beginning, he’s focused on survival, but that changes early on as he meets Clementine, an eight-year-old girl whose parents have gone missing. Through the course of several hours, the player guides Lee through increasingly difficult situations as he is forced to make choices with no good answers. If there’s one theme that is reinforced again and again for Lee, it’s sacrifice. He must choose, over and over, to put the needs of his friends and Clementine above his own, even when some of his friends question his loyalty and intentions. Most importantly, the player is forced to make these choices for him. There is a genuine investment in the plight of the character, and eventually, in the plight of those around him. Through a series of split-second decisions and intense interpersonal interactions, the player begins to understand the mindset of Lee, because they have lived as him for so long.

What results is an arc that drags the player along to a place of Christ-like selflessness. There is very little actual shooting or beating things up, even zombies. The game is about caring for others, about living purposefully, about walking into a situation of danger knowingly and being open to living and dying through the very worst so that someone else might benefit. The game climaxes in a moment in which Lee makes the ultimate sacrifice for Clementine, resulting in what has been heralded as one of the most intensely touching and emotional moments ever in a videogame. For Lee, it’s an understated opportunity to give the greatest gift for his eight-year-old companion, and for the player a genuine expression of love toward a digital character. It’s a meditation on what it means to love, live, and die for someone else.

“Lee Everett” is a simple name without biblical pretentions. Lee is just a man. It’s hard to say if the developers of The Walking Dead had anything related to the Gospel story in mind when they planned the narrative arc to The Walking Dead. But if videogames want to pull off a Christ-figure with the kind of power and resonance that it deserves, they’d do well to take a page from the unassuming hero who doesn’t seem to enjoy firing a gun and whose only desire is to protect a little girl. He’s got something the rest of those guys are missing: humility.

August 19, 2013
ELSEWHERE: A Graphic Depiction of How Segregated We Actually Are
Next Post 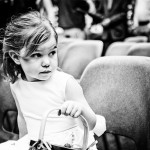 August 20, 2013 The Kiddy Pool: To a Wedding, and Beyond
Recent Comments
0 | Leave a Comment
"Radford made a connection between Ender and Hitler.Another possible connection: Could Card have been referring ..."
Raymond Z ‘Ender’s Game,’ Genocide, and Moral Culpability
"Faith is the confidence that what we hope for will actually happen; it gives us ..."
Smiley M.M. Music Matters: David Bowie, Still Not ..."
""that many of us do not accept that a few cells of human DNA constitute ..."
myintx How I Changed My Mind About ..."
"No thought given to the unborn child whose life was 'silenced and oppressed'... sad."
myintx How I Changed My Mind About ..."
Browse Our Archives
Related posts from Christ and Pop Culture