Not A Fan of Fan Fiction? Some Things To Consider

Not A Fan of Fan Fiction? Some Things To Consider August 30, 2013 Ethan McCarthy

Last week’s release of The Mortal Instruments: City of Bones marked, for many, a new low in the burgeoning world of fan fiction. The film, the first in a projected series based on Cassandra Clare’s novels, is a mash-up of popular fantasy worlds that barely bothers to cover its tracks, and it’s duly suffering at the hands of the critics. “Methadone for Twi-Hards,” quipped one, repeating a common sentiment.

Clare’s original stories were fan fiction of Harry Potter villain Draco Malfoy, but her debt to the Potter books is only her biggest of many. Even among fans of fan fiction, her reputation as a plagiarist has sparked controversy. Among other things, Clare has been known to cull dialogue from Buffy the Vampire Slayer almost verbatim, and even most of an entire chapter from Pamela Dean’s fantasy novel The Secret Country. City of Bones itself is an amalgam of tired fantasy tropes, pitting “Shadowhunters” Clary and Jace against an all-too-familiar “Downworld” of demons, vampires, and werewolves. That Clary and Jace are surrogates of Ginny Weasley and Draco Malfoy, respectively, is all just part of the fun.

For those to whom fan fiction is anathema, then, the new film is a genuine travesty. But like anything else, fan fiction has to be understood according to its own rules. To condemn it as “derivative” misses the whole point. By and large, fan fiction is born of genuine adoration for its prototypes. It’s a way for people to enter into the worlds they love and to move around in them. As Lev Grossman put it in his Time magazine article on fan fiction, “They’re fans, but they’re not silent, couch-bound consumers of media. The culture talks to them, and they talk back to the culture in its own language.”

Of course, fan fiction owes its recent spike in popularity largely to the Internet, specifically to sites like FanFiction.net that allow writers to upload their work to an online community of like-minded people. But making up stories about pre-existing characters and worlds is as old as literature itself. Homer, Beowulf, and the many centuries of King Arthur stories are examples. Even Shakespeare’s Romeo and Juliet is a retelling of a common medieval legend. It seems pre-modern writers had few scruples about recycling the same old legends and characters. They were largely content to inhabit the same stories over and over again, albeit in ways that reflected the mores of their own time.

Fan fiction is a means of entering into a world that’s familiar and comfortable, and of enjoying that world in a deeper and more involved way. When thought of this way, fan fiction can be a perfectly harmless discipline, and even a beneficial one. Musicians, after all, play other people’s music, often giving it their own interpretation. It’s a good way to develop skill as an artist, and there’s nothing wrong with spending time in someone else’s imagination.

In practice, though, fan fiction isn’t always so innocent. Even if most of its writers aren’t motivated by money, plenty of them are, as media franchises like Star Trek, Star Wars, and Twilight attest. Too often it can become an easy way for writers or publishers to cash in on the popularity of someone else’s imaginary world. The novel 50 Shades of Grey, for instance, is fan faction of the Twilight series, like the Mortal Instruments series. Then there’s the moral question of intellectual property, and the inevitable legal issues of plagiarism and copyright infringement. And too often, fan fiction falls victim to the dark side of the human imagination, with subgenres ranging from the black arts to a litany of perverse sexual practices.

Then, too, the rise of fan fiction brings up fascinating questions about the nature of authorship and meaning. To what extent do writers have authority over the worlds they’ve invented? Is fan fiction merely a subcategory of the original work, a kind of homage, or the rough equivalent of a band playing a cover? If so, then most writers would have no problem with it. Some might even welcome it. As Orson Scott Card, author of the Ender’s Game series, told the Wall Street Journal, “Every piece of fan fiction is an ad for my book. What kind of idiot would I be to want that to disappear?”

It’s interesting that fan fiction’s recent upsurge has coincided with our culture’s changing assumptions about hermeneutics. It’s no longer a given that authors get the final say about what their works mean. Readers are taking a more active role in determining a work’s meaning through interpretation. This broader cultural context can help us understand why fan fiction has taken off the way that it has. In fan fiction, meaning has less and less to do with the “original” story, and more and more to do with the subjectivity of the fan’s imagination. The original story is left at the mercy of the fan’s own assumptions, interests, and yes, sometimes perversions. While the reader’s role in interpretation is important and shouldn’t be undervalued, the Christian doctrine of creation teaches us that meaning does finally inhere in the creator’s intentions: both in us as “subcreators” and ultimately in God Himself, the “maker of heaven and earth,” in Whom all truth and meaning originate.

All art draws on source material, and originality is much more than just inventing new characters or new worlds. Originality has to do with ideas, and with the depth and freshness of artists’ interactions with the world around them. Inevitably, as with any creative endeavor, fan fiction is original when it reflects its writers’ beliefs and assumptions about the world. To the extent that it does this, and does it with honesty and integrity, it has a place alongside any other good and worthwhile literature. Just how good and worthwhile it is will always depend on the care and skill that goes into it. 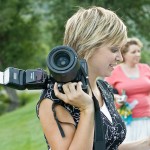 August 30, 2013
Wedding Photography, Sacrifice, and the 'Price' of Citizenship
Next Post 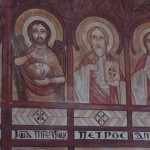 August 30, 2013 Coptic Christians in Egypt are Suffering; But What Is Coptic Christianity Anyway?
Recent Comments
0 | Leave a Comment
Browse Our Archives
get the latest from
Evangelical
Sign up for our newsletter
POPULAR AT PATHEOS Evangelical
1