In a recent interview Billy Corgan was asked what themes he was exploring musically, now that he’s done with the whole “Here I am, ripping my heart open”-gestalt, and he quickly answered, “God”:

CORGAN: God. I once did—a big American magazine was doing a thing called, “The Future of Rock”.

CORGAN: And, you know, they asked 50 artists, “What’s the future of rock?” And my answer was, “God.” And they said, “What do you mean?” And I said, “Well, God’s the third rail of -” What is it? “Social security is the third rail of politics in America.” Well, God is the third rail in rock and roll. You’re not supposed to talk about God. Even though most of the world believes in God. It’s sort of like, “Don’t go there.”

After watching the interview I was left with a few loosely related thoughts running through my head:

Corgan’s Faith—In some ways Corgan’s answer isn’t that unexpected. While for most mainstream rock, “God” may have been a third rail, it was hard to miss the theologically-aggressive thrust of say, “The Everlasting Gaze.” And more recently, Corgan’s theological inquiry’s been on explicit display in tracks like “Bring the Light” on Zeitgeist (2007), and the opening track “Quasar” on Oceania (2012), which both contain quite positive, if somewhat pluralistic, references to God. God’s clearly been on his mind for a while.

On a personal level, I have to confess, the Evangelical kid in me is totally praying that, if he hasn’t already, Corgan embraces the Gospel and knows the goodness of Jesus. I don’t know if it’s simple hero-worship, or genuine evangelistic zeal, I’m excited every time I see one of my secular music heroes even inch or hint towards Christ. Either way, I’d love to break bread in the Kingdom of God with Corgan one day.

God and Rock Music—God is the future of rock music—at least according to Corgan. And when you’ve been in the rock scene as long as he has, you’re probably not just blowing smoke. He gave a fascinating interview for the simple fact that he came out and named a noticable gap in rock music. Love, hate, relationships, work, sex, party life, depression, angst, rage, joy, and all the regular trauma and joy of life find their place, but, excepting certain notable artists, the transcendent dimension of the human experience is largely passed over in silence by the broader rock scene.

I have to admit, the prospect of more God commentary in the rock scene—well, I’m kind of ambivalent about it. I’ve got a pretty decent grasp on common grace and the Image of God, but seeing where rock can go with the rest of life (love, hate, relationships, sex, etc.), this can go bad really, really fast. In other words, depravity kicks in pretty quick when it comes to our culturally-shaped concepts of God. But who knows? Maybe I’m just jaded here. Can it really be worse than a lot of the watered-down, God-and-country, cultural-Christianity references to faith in other genres?

Christian Music—Finally, Corgan had some advice for Christian artists: “Hey, Christian rock, if you want to be good, stop copying U2. U2 already did it. You know what I mean? There’s a lot of U2-esque Christian rock.” In essence, “make better music,” because “Jesus would like better bands, you know?”

Now, again, he’s not saying anything really surprising here. Making fun of Christian rock music is old hat. Christians have been wanting better music for years now. I should know. The closest thing to a “Christian” rock album I had as a kid was Creed because of its lack of cursing.

But seriously, Mike Cosper made some good observations over at the Gospel Coalition about the state of Christian rock as well as worship music, pushing back on the idea that all worship music is just a bad echo of U2.  He points out some of the ecclesial issues involved as well as the creative work done by bands like Gungor and others in the Christian music scene. Essentially, it’s not that grim out there. I agree, and yet, I still think Cosper didn’t push far enough afield beyond the creative winds stirring in the worship world.

For a long time, I’ve been saying (mostly to nobody), that the most creative, both musically and theologically, stuff being put out by Christians is happening in the hardcore, metal, and post-hardcore scene. I think of progressive death-metal act Becoming the Archetype putting out what amounts to a metal doctrine of God with their album I Am. Or frontman Jesse Leach’s Edwardsian meditation on sin on Killswitch Engage‘s recent album Disarm the Descent. Or maybe post-hardcore act My Epic‘s scripturally-soaked and spiritually-convicting work on the incarnation “Lower Still” on their album Yet.

I could go on for a while there, but once again, there are Christian, or Christian-influenced bands out there, working in the hardcore and metal scenes, putting out creative, non-derivative work with weight and beauty. Jesus is getting better music made. They’re probably just not getting the attention from the mainstream rock or Christian music cultures that could benefit from it. It would do Corgan, and Christian culture as well, to take a closer look at them. 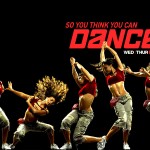 September 10, 2013
The Kiddy Pool: So You Think You Can Dance, Where Iron Sharpens Iron
Next Post

September 10, 2013 ELSEWHERE: Christopher Lasch Wouldn't Call Narcissism a Millennial Novelty
Recent Comments
0 | Leave a Comment
"Radford made a connection between Ender and Hitler.Another possible connection: Could Card have been referring ..."
Raymond Z ‘Ender’s Game,’ Genocide, and Moral Culpability
"Faith is the confidence that what we hope for will actually happen; it gives us ..."
Smiley M.M. Music Matters: David Bowie, Still Not ..."
""that many of us do not accept that a few cells of human DNA constitute ..."
myintx How I Changed My Mind About ..."
"No thought given to the unborn child whose life was 'silenced and oppressed'... sad."
myintx How I Changed My Mind About ..."
Browse Our Archives
Related posts from Christ and Pop Culture

The Return of Legislation
Overturning Roe v. Wade was not the only monumental ruling from the...
view all Evangelical blogs
What Are Your Thoughts?leave a comment
Copyright 2008-2021, Patheos. All rights reserved.
Close Ad