Yes, the moment has arrived. After encouraging us to learn from Tolle about ‘The Power of Now’, pushing us to unlock ‘The Secret’ with Byrne, and exhorting us to let Gilbert teach us to ‘Eat, Pray, Love,’ Oprah has added Rob Bell to her list of must-read spiritual gurus. This month the media mogul picked Bell’s recent offering What We Talk About When We Talk About God as her ‘Super Soulful Book of the Month,’ saying:

Pastor Rob Bell is shaking up the way we think about God and religion. I love his new book, What We Talk About When We Talk About God (HarperOne). When I first started reading it, I was highlighting my favorite passages, but then I realized—what’s the point? I’ve marked every page! It just wowed me. In the book, Bell explains that God is and always has been with us, for us, and ahead of us—and then explores how we can really absorb this knowledge into our everyday lives to become more connected to spirit.

So, having reviewed Bell’s book previously for Christ and Pop Culture, I have three basic thoughts on this:

1. It Makes Sense – I’ll admit it, my first reaction was “Welp, that figures.” Bell does not advocate a kooky, cheap metaphysic like Byrne does in The Secret, or deal in vague, consumer-packaged spiritual generalities as Tolle and Gilbert do. As I’ve said before, it’s Bell’s Areopagus speech to a religiously-disaffected populace that still feels the ‘hum’ of spirituality. Bell’s book about God is still focused through Jesus, the incarnate one. Even so, it still has plenty of that vague, spiritual-ish feel to it. It’s a version of Christianity with a lot of the sharper, bloodier, particular edges shaved off to be accessible—palatable—to a more pluralistic and inclusivist milieu.

As I wrote earlier:

And yet, salvation never really moves beyond revelation for Bell–and by revelation I mean disclosing the truth of those processes already at work around us. Conversion is not brought about by regeneration and faith, but illumination. Eschatology is not that of the New Testament-the irruption of God’s power into history, the rebirth, the act accomplished that changes everything-but a romantic entry of a “new consciousness” of reality as it already is and the forward “pull” of God in history. Tellingly, the concrete elements of the Last Supper–the broken body and shed blood of Jesus–are less about the new covenant, a New Exodus, and the community of the redeemed, than symbols of the way God infuses the ordinary with meaning: “In doing this, he was treating common bread and wine as holy and sacred because for him all bread and wine are holy and sacred.” It’s connected to Jesus, his death and resurrection, but it speaks more to metaphysical generalities than to redemptive-historical accomplishments we are brought into by the Holy Spirit and faith.

In that sense, it’s kind of par for the course in terms of Oprah’s offerings, and it does lend itself a bit too easily to neutering phrases like “become more connected to spirit.”

2. It’s Better Than the Other Stuff – With that said, the more I think about it, the more it seems that this is actually a bit of a step forward for her reading list. While I heartily disagree with a bunch of what Bell’s written in his last couple of books, What We Talk About When We Talk About God is still better than Love Wins. What’s more, it’s richer than the rest of the Oprah book crew. While his language about sin and grace never really breaks out of the therapeutic and into the truly moral, it still gets people engaging with their brokenness at a less narcissistic level. While the book’s theism is a bit soggy at the edges, it’s not pantheism. While his handling of Scripture leaves something to be desired, he still speaks of the text as something holy that points us to God. All of that is a step up for Oprah’s book list. No, it’s not Tim Keller, but again, it could be (and has been) a lot worse.

3. Be Ready to Engage –  This is why Christians ought to know something about the book. People read Oprah recommendations. They think about them and talk about them. That means a lot of people are going to be reading and thinking about Bell’s work, so we should should be ready to talk with them about it. As I wrote before:

…hopefully those who read the book and come away saying, “We will hear you again about this,” (Acts 17:32) manage to find churches who engage them just as well as Bell does, while pushing them towards even deeper, richer, more complex ways of talking about God.

So—and this goes especially for more conservative readers—before you jump all over your friend who’s excitedly reading Bell’s book because Oprah said great things about it, slow down. Wait a minute. Ask questions. Trust that Jesus can be at work here, even if you would have preferred that he use a different book. As Paul said, “Cling to what is good, hate what is evil” (Rom. 12:9). We might paraphrase him here: “Build on what is good, gently expose what isn’t so great.”

In other words, if you talk to your friend in a sane, open, and wise way about Bell, that person might later be ready for you to hand them something like Keller. Who knows what can happen?

For those of you looking for thoughtful engagement with Bell’s book, here are a few reviews: 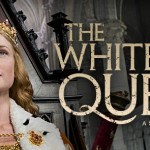 September 25, 2013
The Kiddy Pool: Parental Ambition and 'The White Queen'
Next Post

September 25, 2013 ELSEWHERE: What Is the Purpose of Shocking Television Content These Days?
Recent Comments
0 | Leave a Comment
"Radford made a connection between Ender and Hitler.Another possible connection: Could Card have been referring ..."
Raymond Z ‘Ender’s Game,’ Genocide, and Moral Culpability
"Faith is the confidence that what we hope for will actually happen; it gives us ..."
Smiley M.M. Music Matters: David Bowie, Still Not ..."
""that many of us do not accept that a few cells of human DNA constitute ..."
myintx How I Changed My Mind About ..."
"No thought given to the unborn child whose life was 'silenced and oppressed'... sad."
myintx How I Changed My Mind About ..."
Browse Our Archives
Related posts from Christ and Pop Culture