Should Churches Be Taxed?

Every election cycle, we hear stories of evangelical pastors admonishing certain unnamed abortion supporters or some other liberal evil du jour. And this past year, during her husband’s reelection campaign, Michelle Obama implored African-American churchgoers in Nashville to be politically engaged. She was careful to avoid saying things like “vote” and “Democrats.”

Both cases, like many others, were met with calls for removing the offending church’s tax exemption. Sometimes this argument is rooted only in positive law, as the Internal Revenue Code conditions a church’s tax-exempt status on its refraining from political activity. But sometimes a more fundamental argument is made: When a church gets political, it voluntarily mixes church and state and thus forfeits its claims to separation.

(Note that in this post, I use “church” to mean religion in a very general sense. It would describe Zoroastrianism just as well as Roman Catholicism. What I do not mean is the true Church, Christ’s body, or the visible church of publicly professing Christians, though of course these two usages overlap.)

The usual proponents of the “wall of separation” are more worried about protecting government and thus the rest of us from the untoward influence of religion. I guess, to them, this is kind of like one side breaking the truce. If the pastor fires a volley across the DMZ and into the public square, he better be prepared for retaliation in the form of the state getting all up in the church’s business. That’s what states do, after all. This is an unfortunately dominant way of conceiving the relationship between church and state. To the modern mind, there is the government and there are citizens. Other organizations are irrelevant to that relationship. The authority of the state correlates to the obligation of the citizens, and this is the primary means by which society is organized.

The atomized view of society is flat, bearing none of the rich topology of a flourishing civil society. Religion is not a peculiar island of immunity from an otherwise all-encompassing state, though discussion of the First Amendment usually makes it sound that way. Instead, the church is one of many forms of social organization, and the state is another. The state is the repository of force and of legal obligation; the church is the font of charity and spiritual virtue. (Virtue is an intricate concept, and I acknowledge the danger of my shorthand here.) There are lawbreakers and greedy churches—neither fact can invalidate the general scheme. Community consists in much more than just this, but it is useful to understand society as a dynamic interrelation of institutions of which church and state are two.

Given these divergent understandings, it is no wonder that Amelia Thomson-Deveaux describes Pulpit Freedom Sunday as “antagonizing the IRS,” an agency that, as she points out, can’t gets its internal act together enough to even audit such churches. Maybe it’s too busy furiously investigating itself. The point of Pulpit Freedom Sunday’s organizers is that any putative law prohibiting political speech by churches is unconstitutional and therefore not really a law. Aquinas summarized a natural law precept with lex iniusta non est lex; here, an unconstitutional law is no law at all.

The robust view of civil society offers a more satisfactory account of the relationship. The church and the state should honor one another. The church should pray for the land and its rulers. It should obey the law when it can and call the state to righteousness when it cannot. The state must respect the church’s teachings on moral matters, even if it does not endorse or establish them. This is, I submit, a better explanation of the roots of the First Amendment’s religion clauses. There will be no established churches because men’s souls are the church’s affair, and it is repugnant to citizen, minister, and God to compel worship. And the people shall enjoy the free exercise of religion because the church operates in a separate (though nested, to be sure) level of organization in society. Lawyers often understand free exercise and nonestablishment to pull in opposite directions, but understood this way I think they are almost redundant.

In response to Thomson-Deveaux’s article, Matt Yglesias at Slate calls for a generally applicable tax in order to avoid the task of discerning which groups and individuals qualify for exemption and leaving churches free to speak on whatever topics they please. His assumption is that the only legitimate reasons not to tax churches is to promote true doctrine and to increase production. But the state and its rulers (which are, in this case, the sovereign people) may rightly decide to honor the church by declining to confiscate its resources. Citizens render unto Caesar, and they render unto God. Jesus surely meant in that scenario that silver and gold were worldly concerns, but it nevertheless behooves the state not to attempt to mix tithes and offerings with the public fisc.

In the end, Yglesias may still be right. If the church ceases to honor the state and instead adopts an antagonistic stance, it is difficult to see why the state would continue to honor the church. And if the sovereign people understand society atomistically, the idea of tax exemptions for churches begins to look incoherent—of all the interpersonal private transactions over which the state hovers, why are these spared? I prefer, of course, that churches continue to enjoy comprehensive tax exemption while being permitted to speak freely on politics. It is better that the state incidentally honor the church. And yet one can hope that the threat of losing their exempt status causes pastors and parishioners alike to consider the source and meaning of their religious liberty and to recommit themselves to honoring God by honoring the state. 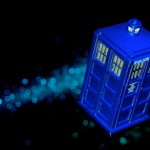 September 11, 2013 ELSEWHERE: What's Your Major Worth?
Recent Comments
0 | Leave a Comment
Browse Our Archives
get the latest from
Evangelical
Sign up for our newsletter
POPULAR AT PATHEOS Evangelical
1

Faith, Hope, Love, & Baptism
Today in our worship setting, I intentionally took time to follow the...
view all Evangelical blogs
What Are Your Thoughts?leave a comment
Copyright 2008-2020, Patheos. All rights reserved.