Warning: This article contains spoilers for the pilot episode of Sleepy Hollow.

On Monday, September 16, Fox premiered its new horror/mystery series Sleepy Hollow, which is co-produced by J. J. Abrams’ old scribes, Alex Kurtzman and Roberto Orci. Only loosely based on Washington Irving’s sketch “The Legend of Sleepy Hollow,” the show follows Ichabod Crane (Tom Mison), an 18th century soldier in the Revolutionary Army who wakes up in contemporary Sleepy Hollow after having decapitated a mysterious Hessian soldier. He finds himself paired with local detective Abbie Mills (Nicole Beharie), who is naturally skeptical but has seen enough odd events in her life to be willing to listen. Together, they find themselves battling the resurrected Headless Horseman who is — wait for it! — one of the Four Horsemen of the Apocalypse, and part of a broader conspiracy involving George Washington, witches, and the “Book of Revelations” (why do non-Christian writers always pluralize John’s Apocalypse, anyway?).

To criticize Sleepy Hollow for its absurdity is almost beside the point, and to their immense credit, the series’ writers keep their tongues sufficiently in their cheeks as the plot developments (and heads) roll along. Plausibility aside, there is certainly plenty for the Christian viewer to take issue with, the most obvious being the peculiar eschatology the show envisions. As in the Christian understanding of reality, Sleepy Hollow’s moral world revolves around a battle between the forces of Good and Evil. But in Sleepy Hollow, these categories appear to be arranged dualistically: the forces of Evil are at least as powerful as the forces of Good. In February, I censured ABC’s short-lived Zero Hour on these same grounds. A singular problem arises in incorporating the Christian eschatology of Revelation into a secular thriller: the ending is already determined. In order to develop any degree of radical tension, a writer must create a scenario in which the forces of Good might conceivably lose, so that the doubt about victory lends suspense to the proceedings. Indeed, if anything, in this scenario Good should be the underdog, so that its ultimate victory is all the more cathartic.

But the real book of Revelation and the other scriptures that form its theological foundations have no patience for this kind of narrative maneuver. It is very true that biblical writers wrestle profoundly with the troubling presence of evil in the world and God’s apparent absence, but this wrestling (as can be seen, for instance, in any lament Psalm) is always done in a broader context acknowledging God’s supervening providence. And of all biblical books, Revelation (notwithstanding its wild imagery) is perhaps the most ill-suited to generating dramatic tension when read faithfully. The book, after all, ends with the preordained conquest of God over Satan and the final union of the New Heavens and the New Earth, a vision in which all things are made new. Simply put, humans can’t flub the apocalypse.  Good wins. God wins.

Sleepy Hollow also resembles Zero Hour in its approach to faith. I appreciate any time television acknowledges the transcendent supernatural world against the radical skepticism endemic to modern culture. Too often, however, that faith is generic, if downright objectless. In its favor, Sleepy Hollow avoids the bastardized Pascal’s wager faith that Zero Hour exemplified (i.e., a belief against facts because it is pragmatically helpful to believe). Yet of all the names thrown about in Sleepy Hollow, God is curiously (or not-so-curiously) absent from the proceedings (though the Devil seems to make an appearance). Thus, this faith has no personal object as its basis; it is just a faith that things happen which can’t be explained. Given this emphasis on faith, the writers display a general ignorance of history in connecting so much of their end-times storyline to the 18th century, which was in actuality one of the most rationalistic periods in history.  The real George Washington would have had little patience for demonic conspiracies, and contrary to Sleepy Hollow’s assertions, witchcraft trials seem to have been almost non-existent in late colonial New York.

What the show gets right is Ichabod Crane’s delightful combination of incredulity and wry adaptiveness. Too often in fish-out-of-water sagas like this one, the dislocated person is simply bland and befuddled, but Crane gives as good as he gets in Sleepy Hollow. One thing the real 18th century excelled at was satire, and Crane’s commentary on 21st century New York is spot-on. Indeed, Mison and Beharie have terrific chemistry, and the show is almost worth watching solely for their clever repartee.

It is possible that as the show progresses and the lines of demarcation are drawn more thoroughly that Sleepy Hollow will elaborate on its understanding of what Good and Evil are and the role God plays in these proceedings. Perhaps the strength of Evil really will prove only apparent rather than actual, and collapse a superficial dualism. Initially, however, the show seems to trend otherwise. It may seek to awaken faith in a skeptical world, but right now, that faith appears hollow indeed. 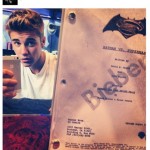 September 19, 2013 'Where Is Your God Now?' (Or, That Brief Horrible Moment We All Thought Bieber Was Robin)
Recent Comments
0 | Leave a Comment
"Radford made a connection between Ender and Hitler.Another possible connection: Could Card have been referring ..."
Raymond Z ‘Ender’s Game,’ Genocide, and Moral Culpability
"Faith is the confidence that what we hope for will actually happen; it gives us ..."
Smiley M.M. Music Matters: David Bowie, Still Not ..."
""that many of us do not accept that a few cells of human DNA constitute ..."
myintx How I Changed My Mind About ..."
"No thought given to the unborn child whose life was 'silenced and oppressed'... sad."
myintx How I Changed My Mind About ..."
Browse Our Archives
get the latest from
Evangelical
Sign up for our newsletter
POPULAR AT PATHEOS Evangelical
1

What If Science Caused the Pandemic?,...
Cranach
Related posts from Christ and Pop Culture