‘Where Is Your God Now?’ (Or, That Brief Horrible Moment We All Thought Bieber Was Robin)

‘Where Is Your God Now?’ (Or, That Brief Horrible Moment We All Thought Bieber Was Robin) September 19, 2013 Derek Rishmawy

“Where is your God now?” accused one of my friends. “I’d have to rethink the problem of evil and God’s goodness, if it were true” said another. I—who usually am not thrown off in situations of theological doubt in the face of pain—stood there, silent, unable to muster up a response in the face of such pointless evil.

What horror could throw my friends and I into such deep, existential and theological instability? This:

In case you weren’t aware, over the weekend Justin Bieber threw up a pic on Instagram and Twitter, of himself holding a copy of what appears to be a personalized script of Zach Snyder’s upcoming Superman/Batman movie. He hashtagged it “robin” sending the world into a tailspin of insanity and fear.

When I saw the early articles reporting on the photo, saying that it looked as though Bieber were in the film and might be playing Robin, I refused to believe it out of shock. Then, they pointed out some of the risks Snyder’s been willing to take with characters in the past. God knows I was still fragile from finding out that he had Afflecked Bruce Wayne, proving he really doesn’t care what fans think, so I began to wonder, “Maybe he is that depraved? Maybe he’s arrogant enough to try and prove that he can pull off something like that?”

Things got depressing for the next few hours. I shared an article myself. Tweeted words of grief and anger at the world. I remembered the joys of watching Batman as a child…and in college…and, well, now. I cursed the dark heart that could commit such evils again his fellow man.

Light broke into the darkness of my world later when a friend posted another link, pointing to an earlier tweet of Bieber’s saying he was off to do something “funny…or die.” Later reports have since confirmed that this was indeed a hoax and that the script is probably part of a Funny or Die sketch. My world began to regain equilibrium. I started breathing again and called friends and just started repeating, “It’s gonna be okay, it’s gonna be okay…”

I try to learn from everything that happens to me, so I had a few observations in light of this:

For one day, Justin Bieber was a Batman character, only it wasn’t Robin—he was the Joker. I’ll not underestimate his nefariousness again.

Although Batman has played a significant role in my moral development as a human being, maybe, just maybe, I over-reacted to the news, given that he is a fictional character and that there are three perfectly good Batman flicks I can watch any time without the Beebs in them. In other words, some repentance might be in order. Maybe. 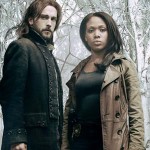 September 19, 2013
The Dark Dualism of Fox's 'Sleepy Hollow'
Next Post

September 19, 2013 ELSEWHERE: How Much of a 'Foodie' Are You?
Recent Comments
0 | Leave a Comment
Browse Our Archives
get the latest from
Evangelical
Sign up for our newsletter
POPULAR AT PATHEOS Evangelical
1