Why My Wife and I Walked away from Infertility Treatments

Why My Wife and I Walked away from Infertility Treatments September 20, 2013 Jeff Cavanaugh

Many people know that infertility treatments can be fantastically expensive and often aren’t covered by health insurance, but what isn’t as well known is the emotional and psychological cost that those treatments can have. Miriam Zoll and Pamela Tsigdinos, both authors of books on infertility, published an op-ed in The New York Times last week called “Selling the Fantasy of Fertility,” in which they offer a peek inside the world of the assisted reproduction industry. Some $4 billion a year is spent on assisted reproduction treatments (ART), and while these procedures fail more often than they succeed, doctors always seem to have another treatment to offer, each more expensive and more invasive than the last.

[W]hat they’re selling is packaged in hope and sold to customers who are at their wits’ end, desperate and vulnerable. Once inside the surreal world of reproductive medicine, there is no obvious off-ramp; you keep at it as long as your bank account, health insurance or sanity holds out.

It’s no wonder that, fueled by magical thinking, the glorification of parenthood and a cultural narrative that relentlessly endorses assisted reproductive technology, those of us going through treatments often turn into “fertility junkies.” Even among the patient-led infertility community, the prevailing belief is that those who walk away from treatments without a baby are simply not strong enough to run the gantlet of artificial conception. Those who quit are, in a word, weak.

My wife and I have been through this process for ourselves, and we’ve experienced firsthand how traumatic it can be. Each cycle of treatment follows a pattern of hopes raised and then dashed, punctuated by procedures that leave patients, especially women, feeling more like lab rats than hopeful parents trying to conceive. Left unchecked, a natural, God-given desire for children can morph into an ugly, idolatrous, desperation that leaves couples bitter, selfish, and isolated.

Thankfully, in God’s kindness, He kept us from suffering the worst of the emotional, physical, and spiritual side effects of the infertility-treatment process. In one major aspect, our experience was different from what Zoll and Tsigdinos describe: We didn’t have a hard time making the decision to walk away from treatments; in fact, it was a relief. I think that one of the biggest reasons it was easier is that we did have one big “off-ramp,” as they put it: adoption. When we chose to stop spending our time and money on ART, we chose to instead to put it toward an alternative that we felt was better and more likely to result in actually enlarging our family.

A lot has been written in recent months about the “evangelical adoption movement,” the rise in Christians adopting that has been fueled in part by books like Russell Moore’s Adopted for Life as well as evangelical adoption conferences. The movement has its problems, but this is one good aspect of it: The more adoption comes to be seen as a positive in evangelical communities, the easier and more natural it will be for Christians struggling with infertility to choose it. Infertility has its own particular grief, and adopting doesn’t magically make it go away. But as an alternative to the heart-wrenching treadmill of assisted reproduction, it can spare those who want to be parents some of the pain that Zoll and Tsigdinos write about. 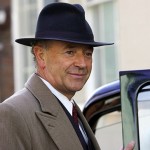 September 20, 2013 You Can Keep Walter White. I'll Take Inspector Foyle
Recent Comments
0 | Leave a Comment
"Radford made a connection between Ender and Hitler.Another possible connection: Could Card have been referring ..."
Raymond Z ‘Ender’s Game,’ Genocide, and Moral Culpability
"Faith is the confidence that what we hope for will actually happen; it gives us ..."
Smiley M.M. Music Matters: David Bowie, Still Not ..."
""that many of us do not accept that a few cells of human DNA constitute ..."
myintx How I Changed My Mind About ..."
"No thought given to the unborn child whose life was 'silenced and oppressed'... sad."
myintx How I Changed My Mind About ..."
Browse Our Archives
get the latest from
Evangelical
Sign up for our newsletter
POPULAR AT PATHEOS Evangelical
1