Perhaps you, like me, have grown weary of rooting for the anti-heroes crowding our cable networks.  Dexter, Don, and Walter (et al.) murder, lie, cheat, and steal, trying all the while to convince us of their depth and complexity, like teenagers who have just discovered existentialism.  We praise their creators for their willingness to engage with the moral ambiguity of the modern world.

But isn’t it possible to acknowledge the complex issues surrounding morality without giving up on morality altogether?

Enter Detective Chief Superintendent (or DCS) Christopher Foyle, a policeman in the quaint village of Hastings, England during World War 2.  In the first seven seasons of Foyle’s War, which originally aired in England on ITV, Foyle (Michael Kitchen) solves the cases, small and large, in his coastal town.

The show explores the question of why petty crimes are worth investigating during a time of great crisis. Who cares that your sheep were stolen when the Nazis are dropping bombs on all of us? Foyle shows us that if justice and the rule of law are meaningful in peaceful times, they are equally meaningful in times of war. (C.S. Lewis, in a sermon  at Oxford in 1939, made essentially the same argument regarding education in wartime.)

Don’t misunderstand me: Foyle’s loyalty, duty, and allegiance to the law are not morally simplistic, and neither are the cases he solves. He clearly has a soft spot for underdogs, and his actions tell us he understands that sometimes the law fails to bring justice. But we see him resisting the temptation to have an affair with a married woman. We see him willing to pursue lawbreakers even when it may hurt those close to him. We see him helping both German immigrants, whom others suspect, and brash American soldiers, whom others detest. While he is an imperfect character — flawed in typically British ways, unable to show affection to his son, a bit too much of a stiff upper lip  — he’s an honorable man.

In the newest season, which premiered Sunday on PBS’s Masterpiece Mystery, the war has ended, and Foyle has returned to England from America. Though he intends to return to Hastings, MI5 recruits him to investigate a Soviet spy in London. This season raises new questions.  Will Foyle’s adherence to the law and duty translate from the provincial small town to the busy streets of London, or will his morality prove woefully outdated in the atomic age?  Will Foyle fall prey to the “ends-justify-the-means” morality of the counter-intelligence agency that has recruited him? In the second half of the 20th century, can the good guys still win? Or is there even such a thing as the good guys?

Those rooting for anti-heroes may have forgotten, but good guys still exist, and DCS Foyle is one of them. He’s the one I’ll be watching this Sunday night. 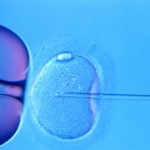 September 20, 2013
Why My Wife and I Walked away from Infertility Treatments
Next Post

September 20, 2013 ELSEWHERE: Doctrine Wonks Must Read Fiction
Recent Comments
0 | Leave a Comment
"Radford made a connection between Ender and Hitler.Another possible connection: Could Card have been referring ..."
Raymond Z ‘Ender’s Game,’ Genocide, and Moral Culpability
"Faith is the confidence that what we hope for will actually happen; it gives us ..."
Smiley M.M. Music Matters: David Bowie, Still Not ..."
""that many of us do not accept that a few cells of human DNA constitute ..."
myintx How I Changed My Mind About ..."
"No thought given to the unborn child whose life was 'silenced and oppressed'... sad."
myintx How I Changed My Mind About ..."
Browse Our Archives
get the latest from
Evangelical
Sign up for our newsletter
POPULAR AT PATHEOS Evangelical
1