Human beings have been obsessed with living forever since, well, forever. Kings and wise men have sought various elixirs and substances, hoping they’d extend their lives indefinitely. In ancient China, for example, it was believed that ingesting long-lasting substances like jade would impart their longevity to the consumer. (Ironically, the Jiajing Emperor likely died because of this belief, from ingesting too much mercury.) The legendary philosopher’s stone was seen by ancient and medieval alchemists as a possible source of immortality. And the search for the fountain of youth took explorers halfway around the world. (One such explorer was Juan Ponce de León, who is credited with discovering Florida in 1513 during an alleged quest for the source of immortality.)

We moderns live in a more rational, enlightened age — yet the allure of immortality remains strong as ever. Companies and individuals across the tech sphere, including Google and Oracle’s Larry Ellison, have sunk millions of dollars into new ventures aimed at solving the “aging problem” through data processing, neuroscience, and genetic research (among other things). And of course, there’s futurist Ray Kurzweil, who believes that humans will achieve immortality through the melding of humans and computers. Kurzweil himself undergoes a strict regimen aimed at extending his life, presumably until he can upload his consciousness into the cloud: He takes over a hundred pills and supplements every day and undergoes constant blood tests to monitor his health.

Millions, even billions of dollars. Hundreds of pills. Waiting for some massive breakthrough, be it a medical miracle or Kurzweil’s long-awaited Singularity. Who knew immortality required such dogged determination, not to mention so much money? Fortunately, a company called LifeNaut has made it a lot easier to achieve immortality, by creating a digital avatar whose personality is based, in part, on your social media accounts (e.g., tweets, Facebook posts, Instagram photos). As Wired‘s Klint Finley describes it, LifeNaut “offers a means of digitally cloning yourself through a series of personality tests and data from your social media profiles. The idea is to create an online version of you that can live forever, a digital avatar that even future generations can talk to and interact with.”

LifeNaut explains the goal of this endeavor on their website:

The long-term goal is to test whether given a comprehensive database, saturated with the most relevant aspects of an individual’s personality, future intelligent software will be able to replicate an individual’s consciousness.

So, perhaps in the next 20 or 30 years technology will be developed to upload these files, together with futuristic software into a body of some sort — perhaps cellular, perhaps holographic, perhaps robotic.

Skeptics point out that this is a very pale form of immortality. It’s certainly a far cry from the orthodox Christian concept of immortality, in which both our minds and bodies are renewed jointly in a glorious new form free from the effects of sin, corruption, and death. It’s an embodied, incarnated immortality that renews the whole of our being, and not simply our consciousness, and occurs within physical reality rather than some disconnected ether. However, setting theological considerations aside for the moment — and there are many, as LifeNaut is apparently connected to the Terasem “transreligion” — there’s another reason this version of immortality will likely be a very poor one.

It’s no real surprise that people lie online. We may not intend to deceive outright, but we take great pains to ensure that our digital representations — our Facebook profiles, Twitter streams, Instagram accounts, and so on — make us look competent, intelligent, and cool. We strive to be authentic, and in the process, make ourselves look more authentic, more intelligent, and more with it than we really are (or really ever could be). A service that depends on us and our uploads and social media profiles to gain true insight into our lives is, therefore, working from a very skewed dataset. Your LifeNaut avatar isn’t you — and not simply because it’s non-corporeal: It neither comprehends nor contains the whole breadth of your life, with all of its glory and brokenness, its joy and sorrow, its success and failure.

Any form of immortality which cannot account for the totality of existence, and which can’t transcend our limitations and blind spots, is no immortality at all. This is why Christianity’s idea of immortality is so compelling: there is no Gnostic-esque mind/body divide, but rather, our entire self — the physical and non-physical — are renewed together. And in the process, those things that we’d prefer not to carry into eternity, much less tweet about — our weaknesses, failures, and sorrows — are redeemed, as well. The totality of our existence is made eternal and glorious. We become more human than we could ever hope to be this side of eternity, fully embodied and glorified in the fashion of Jesus Christ.

LifeNaut’s vision of immortality, and others like it, are interesting from certain perspectives (i.e., technical), but they’d be laughable if there wasn’t something tragic about the idea of people seeking to live forever, not as themselves in all of their mystery, complexity, and wonder but rather, as digitally constructed voices yearning for eternity from within the confines of a server farm. 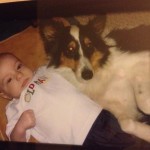 October 18, 2013
The Burden of Saying Goodbye to a Dog
Next Post 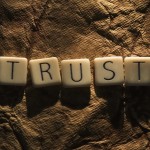 October 21, 2013 Learning to Trust God through a Friend's Story
Recent Comments
0 | Leave a Comment
"Radford made a connection between Ender and Hitler.Another possible connection: Could Card have been referring ..."
Raymond Z ‘Ender’s Game,’ Genocide, and Moral Culpability
"Faith is the confidence that what we hope for will actually happen; it gives us ..."
Smiley M.M. Music Matters: David Bowie, Still Not ..."
""that many of us do not accept that a few cells of human DNA constitute ..."
myintx How I Changed My Mind About ..."
"No thought given to the unborn child whose life was 'silenced and oppressed'... sad."
myintx How I Changed My Mind About ..."
Browse Our Archives
Related posts from Christ and Pop Culture