Should We Be Offended by a Sacrilegious Hamburger?

Should We Be Offended by a Sacrilegious Hamburger? October 14, 2013 Ethan McCarthy

A Chicago burger joint angered Catholics this month by creating what might be the first ever sacrilegious burger. “The Ghost” is topped with goat shoulder, red wine sauce, and an unconsecrated communion wafer. All of Kuma’s Corner’s burgers are made in honor of heavy metal bands: “The Ghost” honors Ghost B.C., a Swedish band whose music and persona mimic the Roman Catholic Church, reversing the imagery to worship Lucifer instead of the Christian God.

Despite the Archdiocese of Chicago’s protests, Kuma’s Corner insists that they have no intention of taking the burger off their menu. They maintain that they didn’t create the burger as a commentary on religion, nor was it their intention to offend anyone. They simply wanted to honor a band they like with a great burger. The restaurant’s subsequent donation of $1,500 to the Catholic Charities of the Chicago Archdiocese was declined by the diocese.

It’s hardly news that a metal band is profaning the Christian religion. Metal bands have been doing that regularly since the genre’s inception, sometimes as a gimmick and sometimes quite sincerely. So it’s more than a little arbitrary that the Church should get up in arms over a profane hamburger made by a restaurant that commonly makes hamburgers in honor of heavy metal bands. And it’s a little hard to imagine what the Church stands to gain by making a fuss over this particular issue.

In fairness, though, the restaurant’s claims that they never intended to offend anyone are a little dubious. Surely they could’ve foreseen that a burger mocking the Christian Church’s holiest rite might offend someone — and if they couldn’t, they probably should have. It’s possible they even foresaw the kind of press it would get them — very positive press, from their perspective. The notoriety they’ve received from “The Ghost” has certainly done them no harm.

It’s hardly news, either, that Jesus is being used as a gimmick. Ghost B.C. freely admits that their Satan-worshipping Catholic Church routine is entirely for show. As one member said in an interview:

We are an entertainment group. Our mission is to put on a show. We want people to go into the experience the same way that you would lose yourself in a horror movie for an hour or two. Most black metal bands make intellectual demands on their listeners… We don’t demand that.

It seems that blasphemy sells, and in an increasingly post-Christian society, blasphemy of the Christian religion sells particularly well. I imagine a burger mocking Islam or homosexuality or any other politically charged, dearly held belief system would’ve met with a very different public response. To be clear, I’m not complaining. As a Christian, I do believe “The Ghost” is profane, in that it makes light of something I hold truly sacred — something I believe, in fact, to be the truest, most beautiful thing in the world. But by that same token, I believe that the body and blood of Christ transcend such paltry mockery with the greatest of ease. It just doesn’t bother me much. It is, probably, almost entirely a sin of ignorance, for which the offenders will answer to a much more jealous — and more gracious — power than me.

The controversy over “The Ghost” highlights an increasingly pertinent question in our culture: To what extent should Christians be offended by sacrilege? The present modus operandi seems to be to fly into a defensive tizzy at the slightest provocation, and in a society where everyone (not just Christians) loves to be offended, to pontificate and take the so-called high ground. But for believers, such misguided zeal accomplishes little, and makes us look insecure about the very things we should be the most secure in. Instead, we ought to show a little more calmness and confidence in what we believe. “God is not mocked,” writes the apostle. “For whatever one sows, that will he also reap” (Galatians 6:7). “God is not mocked” because, in the end, the truth will come out. It’s a perspective grounded firmly in our hope for the future — our hope that one day all acts, both profane and holy, will receive their just reward, even if the profane acts seem to proliferate and the holy ones seem so small and pointless. 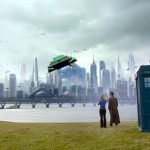 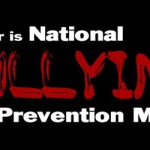 October 14, 2013 Finding the Heart of God in a Bullying Prevention Campaign
Recent Comments
0 | Leave a Comment
Browse Our Archives
get the latest from
Evangelical
Sign up for our newsletter
POPULAR AT PATHEOS Evangelical
1