I stumbled on C. S. Lewis’s “space trilogy” quite by accident. I was, in fact, convinced that his only fiction was set in Narnia. A bookstore promotional table prominently displayed Out of the Silent Planet, perhaps to capitalize on some science fiction movie or something. I started reading the introduction, sure that if this were any good, I’d have heard of it by now, and found myself standing next to the table reading for far longer than is appropriate.

I decided not to buy the book, but to come back to the bookstore as many times as I had to in order to finish it. I checked the second book out from the library on Fort Sill (and lost it after I’d read it, somehow). Perelandra didn’t last long under my voracious stare, and I then bought That Hideous Strength, the third and final book in the series. Both of the first two books begin and end (more or less) on Earth, the plots consisting of journeys offworld in which Ransom, our reluctant protagonist, enters a solar community from which Earth is excluded. One of the discoveries Ransom makes—I should say one thing that is revealed to him—is that ours is the silent planet, incommunicado in consequence of the rebellion of the ruler of this world.

The third book takes place entirely on Earth, and entirely in England. Lewis imagines in the first two books what the fullness of creation might have been. In the third book, That Hideous Strength, we must contend directly with the Enemy. The forces of progress are on the march, reforming away ancient rights in the name of science and order. In this dystopian tale, the elites of society are essentially duped by a power they do not understand; but the inner circle, the few men who drive the project, know whom they serve. It is a story of permanent struggle between the sacred and profane, between the earth and stone of Britain and the magic and spirit of Logres. That most of the inhabitants would acknowledge only one realm is itself a propaganda victory.

Obscurity is the Enemy’s only hope. The truths revealed by the light of Heaven in the first two books are no less true on our murky, fallen planet, but they are easier to ignore. We asked to be left alone, and He obliged.

In the book, the episodic victory comes when Merlin, the spirit-become-man and champion of Logres, ransacks the ruling house of Britain—not the crown, mind you, but the headquarters of the progressive scientism that would subjugate the land. So too in our time: do we expect to overcome the world through its own wisdom and with its own machines? Lewis reminds us of ancient knowledge: we are created for communion with one another and must not abandon the world to is own devices; neither can we swear fealty to an order that would overthrow its rightful lord. 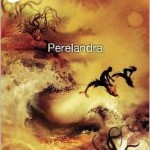 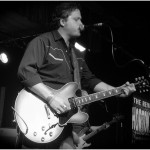