Celebrating C. S. Lewis: ‘Till We Have Faces’

The first time I read C. S. Lewis’s Till We Have Faces, I approached it all wrong. I thought I was picking up another take on Narnia, with its Christ figures and clear fight against darkness. To be honest, that’s what I was looking for. I was in a dark spot, and I wanted a trusted voice assuring me that God was bigger and trustworthy and loving and kind and would set everything straight in my world. To my dismay, that’s not what I found in Faces. Instead, I was plunged into a confusing, dichotomous, mythological world, a retelling of the well-known myth of Cupid and Psyche. The original myth tells of Psyche, a girl so beautiful that men revered her more than the goddess Venus. Venus grew jealous, ordering her son Cupid to punish Psyche. But Cupid fell in love with her too, secreting her to a grand palace where they enjoyed great intimacy—by cloak of darkness. Cupid forbade Pysche to see his face. When Psyche’s sisters visited, they jealously incited her to sneak a look at her lover. She took the bait and lit a lantern, awakening him and exposing her mistrust. Cupid left her heartbroken, and the tale goes on with Psyche enduring tests and trials at the hands of Venus until eventually she and Cupid are reunited.

Lewis uses this myth as a backdrop, told from the perspective of Orual, Psyche’s older sister (who is as ugly and bitter as Psyche is beautiful and pure). As this version unfolds, Psyche is slated as a sacrifice to the gods, left upon the mountain to be devoured, either as a suitable offering or as a beloved wife, whichever the Shadowbrute of the mountain preferred. Orual soon followed up the mountain to see if her beloved sister had survived, and if so, to rescue her. Psyche had, indeed, been accepted. She was alive, and she spoke of a palace and riches and a love that came by cloak of darkness. The reunion was bittersweet; although Psyche was alive, Orual could see no such finery, no palace, no riches. Every attempt by Orual to lure Psyche home was refused; Psyche loved her mysterious lover and new life. Every attempt by Psyche to open Orual’s eyes to her reality was futile.

Lewis’s tale continues as the sisters become further divided, each to their own realities; meanwhile, Lewis sends readers on a journey to explore the mysteries of faith and how we are called to trust in things unseen. Often I sided with Orual, questioning the riches and love that are often cloaked in this life, sometimes even by our own doubt and pride. At times I sided with Psyche, relishing the riches and blessings that come with trust and humility. All along, the story is leading to the dramatic conclusion, the revealing of which perspective is true, Orual’s or Psyche’s. The lesson is whether we can discern life and the divine when our hearts are impure, when our faces are blurred with our own desires. Orual discovers that until we find sincerity and clarity—until we have faces—we will never know the truth.

During this tough time in my life, I found the lesson hard to swallow. But the characters I understood—they were just like me, with muddied motives and thinking. The gods of this myth were dark and mysterious, unknowable and fearsome. And because I was looking for a Narnia-like read in black-and-white, I felt confused, wondering if Lewis was trying to connect these unruly deities with the God I had come to trust but was not seeing clearly. What I read was not what I was looking for, and the reading made a difficult spiritual time even more difficult to sort out. I closed the cover and felt rather haunted.

It’s been years since that dark stretch when I read Faces. I’ve recently read it again, and this time, I see brilliance. I now see that the gray tones used by Lewis depict the depths of the human heart and what we think about God, and ourselves. Above all, it is a story, one so well written that it cuts to the core with a blade so sharp that you didn’t realize you were being sliced. It exposes how we see ourselves and project our notions upon God—often quite erroneously and to our own demise.

Faces isn’t an easy read. It peels back the complexities of human thinking and feeling as well as the mystery of the divine. And I now see what bothered me on that first read: There are no neat lessons, no happily ever after, no closure. It leaves readers unsettled, uncomfortable, forcing them to wrestle with what they think about God and faith and life. Lewis doesn’t do the defining for us in Faces; he lets readers battle it out for themselves, to acknowledge the mystery and what we will make of it. Finding the mystery, however, is worth the discomfort. I’m guessing Lewis would agree. 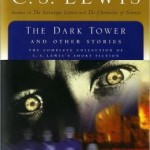 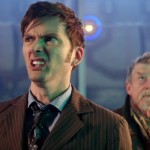